The bill to dump 3.2 beer for heavier brews in Utah gets hijacked in a House committee 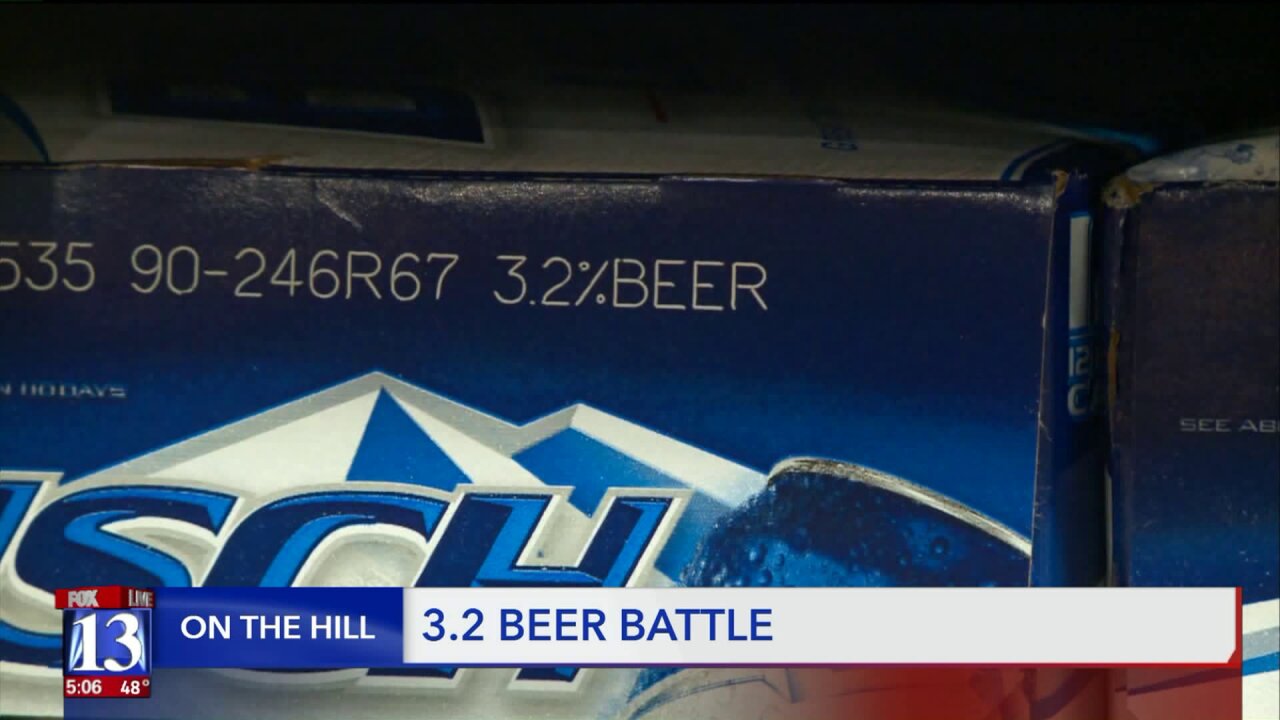 SALT LAKE CITY -- A House committee hijacked the bill to dump 3.2 beer in favor of heavier brews in Utah.

The bill's sponsor, Sen. Jerry Stevenson, R-Layton, began the hearing by accusing the House Health and Human Services Committee of only considering the bill so they could "kill" it.

"We know the makeup of the committee and I don't believe it will pass here," he said. "I'm not interested in spending time here."

That prompted a visibly upset Rep. Brad Daw, R-Orem, to make an immediate motion to adjourn without considering the bill. The rest of the committee overruled him.

The fireworks continued throughout Wednesday's hearing with Rep. Daw proposing to create a "beer task force" that would study the issue. Sen. Stevenson countered that the substitute measure would "study this to death."

"I would just as soon have it quick," he said.

Senate Bill 132 would change the legal definition of beer in Utah from 3.2 to 4.8% alcohol by weight. The bill is being run in response to mega-breweries ditching 3.2 beer as a result of other, bigger beer drinking states moving away from it.

FOX 13 first reported in 2017 that Utah faced disappearing beer products from store shelves as more states stopped selling 3.2 beer. Oklahoma, the nation's largest consumer of the weaker brews, abandoned it. So have Kansas and Colorado, leaving Utah one of the lone holdouts. Because Utah isn't a heavy drinking state, it amounted to less than a half a percent of all beer drinkers in America.

Anheuser-Busch warned the state it was going to see a drop off in product. Since then, Walmart has pressured the Utah State Legislature to allow heavier brews in grocery and convenience stores as product started dropping off store shelves. At a committee hearing in the Senate, Maverik representatives testified they were already seeing product declines.

But lawmakers have questioned if there really is a crisis and have raised concerns about public safety, teen alcohol consumption and DUIs.

Public comment was clearly divided on the subject. One local brewer testified the bill favored mega-brewers, while another argued the bill was fine. Maverik's legal counsel warned the committee that job losses could happen if beer disappeared from store shelves. Social conservative groups argued an increased alcohol content would lead to bigger problems for youth drinking.

Rep. Paul Ray, R-Clearfield, made a motion to pass the bill out favorably. The committee rejected that. Rep. Daw's substitute to create a task force passed and the bill was amended.

"Studying it more will allow us to have a better perspective on why 4.8 ABW should be proposed and if it should get higher," she said.

Kate Bradshaw with the Responsible Beer Choice Coalition, which is backed by retailers like Walmart, said they were hopeful the bill could be changed as it went through the House. The group has threatened a ballot initiative in 2020 if nothing is done.

"A ballot initiative is never off the table," she said.

FOX 13 previously reported that a ballot initiative could include heavier beers -- and wine -- in grocery and convenience stores. Bradshaw would't rule it out.

"I think we’ll find our friends in the alcohol community become numerous on march 15 if this issue isn’t resolved," she said.

As he left the committee hearing, a visibly irritated Sen. Stevenson told FOX 13 he was not done with the bill. He said any changes to his bill still had to come to the Senate and it could be changed again.

"There’s a lot of things that can be done with the bill at this point in time. If they pass the bill on the floor, it’ll have to pass the senate for concurrence. We can amend it at that time, put it back together and see where it goes," he said.