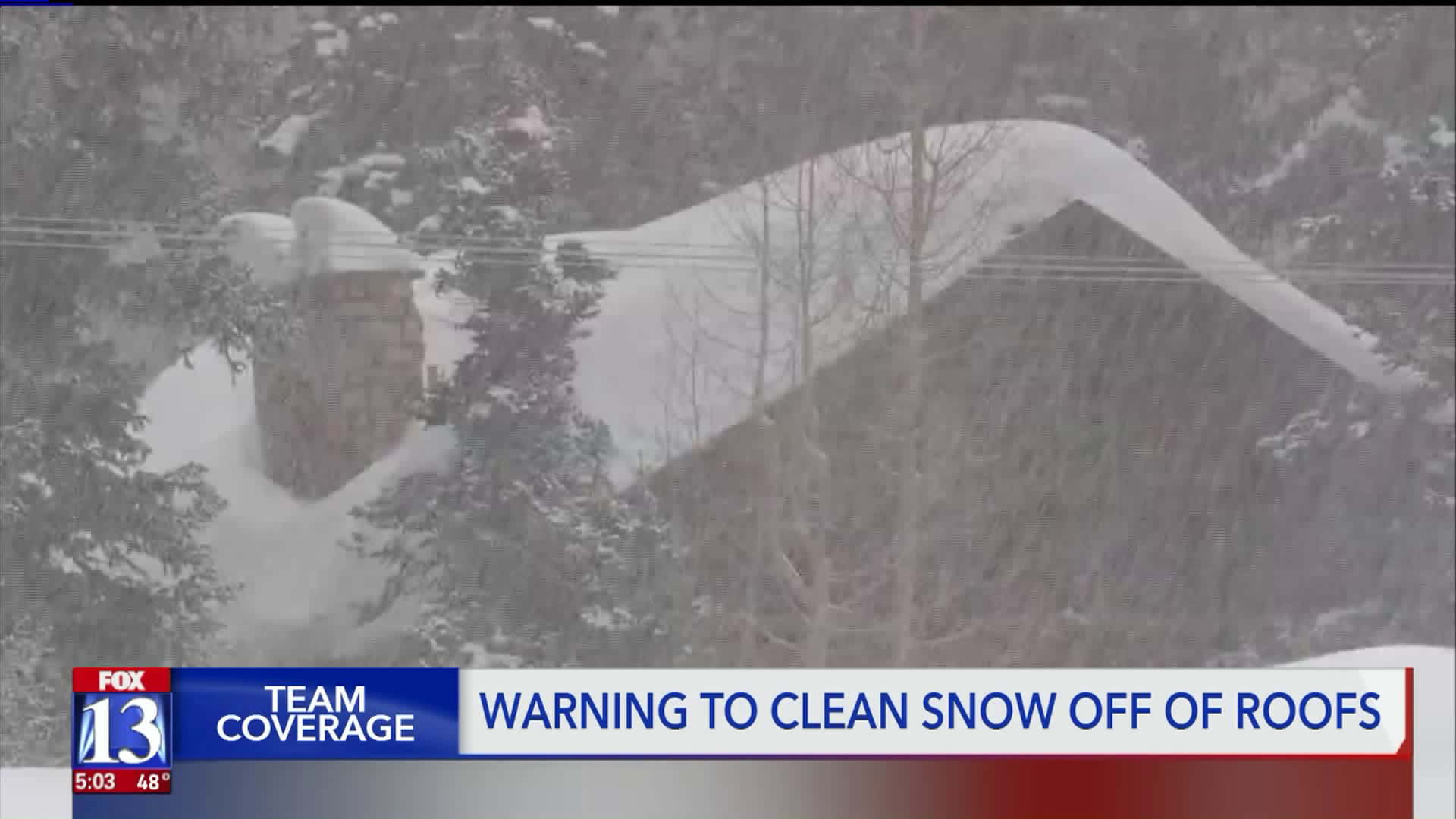 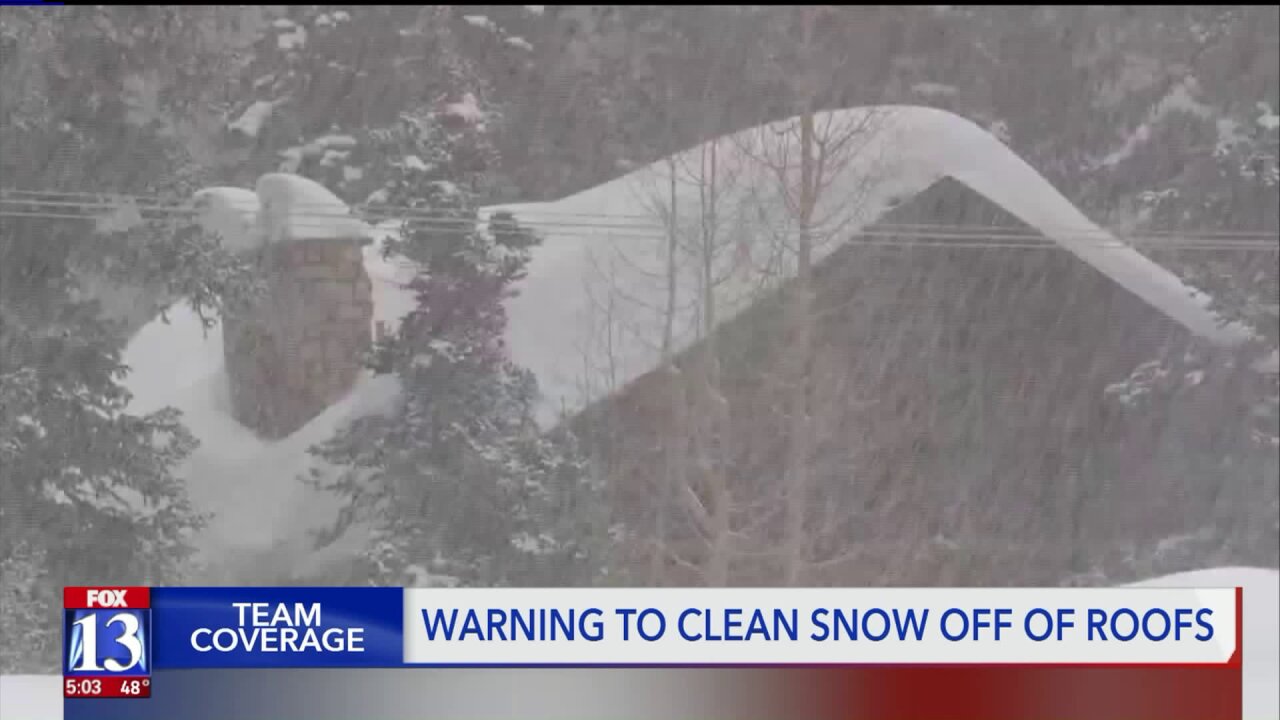 BRIGHTON, Utah — Avalanche experts are warning the public about at-home avalanche danger as a mix of warm weather and snow continues to build on this season’s snowpack.

Feet and feet of snow continue to pile up in Utah mountains.

“It’s no secret the mountains have just been crushed with heavy snow this winter,” said avalanche forecaster, Craig Gordon, with the Utah Avalanche Center.

For locals, it’s nothing new.

“It’s how winter should be honestly,” said Brighton local, Alicia Fuller, as she looked out on fresh falling powder. “There’s some years where the snow is seven to ten feet tall.”

But this year’s excessive snowfall has brought about an unusual problem for Utahns, ‘roofalanches.’

“This is a public safety situation,” Gordon said. “That snow heats up and it rapidly slides off of the roofs.”

Gordon says anywhere you see snow stacked up on steep roofs, you could be in roofalanche country.

“Cache, Park City, Ogden Valley, Heber Valley,” he listed, prompting a warning for a number of the mountain valley communities that could be impacted.

“We don’t really think we’re in avalanche terrain or we’re putting ourselves at any risk,” Gordon said. “Then all of the sudden we have the entire season’s snowpack come cascading down the top of the roof.”

They shared a picture of one this morning showing a roofalanche in Little Cottonwood Canyon, you can see a large dog standing nearby for a size reference. Another photo, taken in the Brianhead area five days ago, shows cars buried by snow in a driveway.

“You are talking tons of snow and ice! It’s not like the light, fluffy snow that falls out of the sky," Gordon said. "This is dense snow that’s going to pack into a very small area, I mean it could easily crush a car."

In Big Cottonwood Canyon, you’ll find a shop named, The Brighton Store. It is open for business, but thanks to a recent roofalanche, it’s hard to tell.

“It [the roof] will get like two, three feet of snow on it topped up,” she explained. “If you get caught under that, it’s not good.”

Alicia grew up in Brighton and said her family and the shops in town, like the one where she works, have dealt with this kind of thing many times over the years.

“Sometimes it will cover cars and we’ll have some very upset customers,” she said.

Alicia said growing u,p her father would try to mitigate their roofalanche danger by throwing shovels at the snowpack on their roof, or knocking on the walls from the inside of their home, hoping to prompt a slide.

Alicia said she was always taught to not park within five feet of buildings, stay out from under the roof area and to avoid knocking off icicles.

“You’ve just got to be aware, be cautious,” Fuller added.

The Utah Avalanche Center advises against people trying to mitigate the snow on their own, instead they believe the best protection, is to stay far away.

“Avoidance around steep, snow-covered, roofs is going to be just like avoiding steep terrain in the backcountry,” Gordon said.

UAC said the influx in roofalanches is being caused by abnormal weather — a heavy snowpack followed by warmer weather and now more fresh falling, heavy snow.

“This is just a teaser event for a series of progressively stronger storms that are going to impact the region and going to make an elevated back country danger in the next couple of days,” Gordon said. “It’s going to be dense, wet, heavy snow and that’s all going to be accompanied by heavy winds.”

The latest avalanche forecasts can be found on the Utah Avalanche Center’s website.