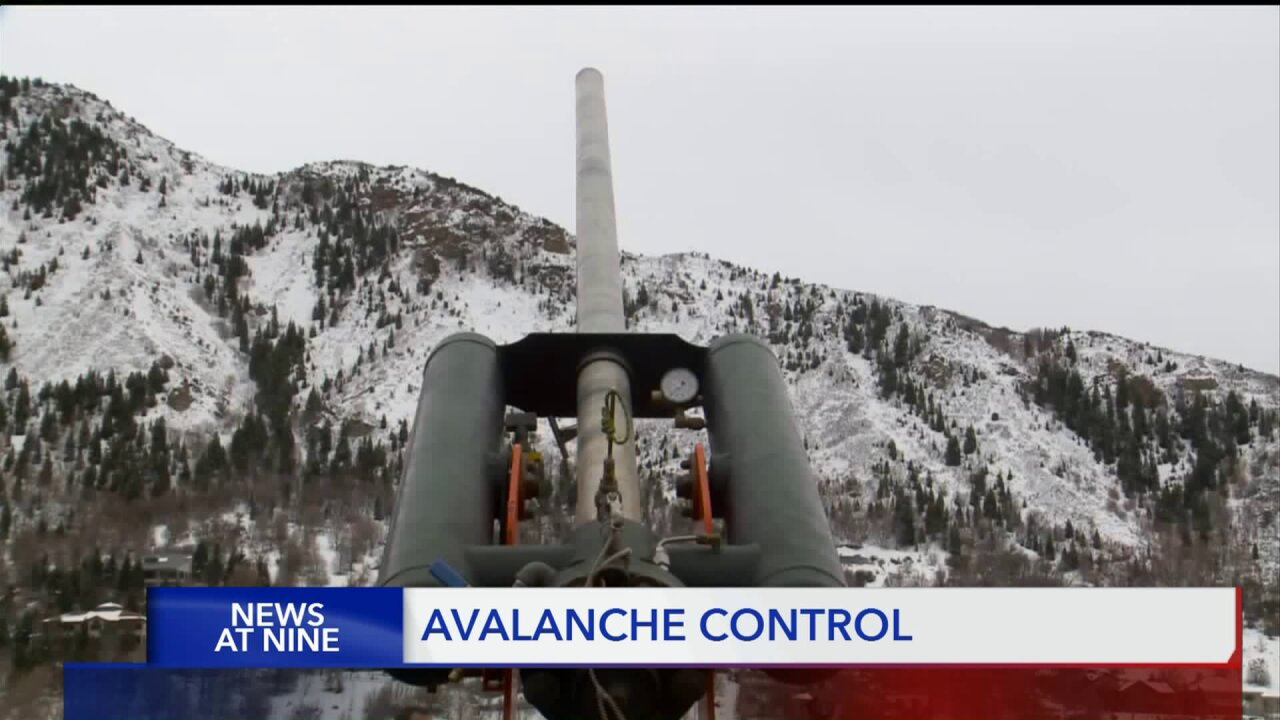 “Our most effective tool is the Howitzer and that’s been used for years and years,” said Shawn Lambert a UDOT District Engineer.

The big guns are technically on loan from the U.S. Army. And while they remain a primary tool for avalanche control, they also present a problem.

“Because of how they’re designed, they have shrapnel, which is designed to kill people,” said Steven Clark, an avalanche forecaster with UDOT.

Where feasible, technology is helping UDOT find other ways to trigger slides. Gazex systems have been installed on known avalanche paths in several of Utah’s canyons.

“It fills with propane and oxygen and shoots directly down and it ignites,” Lambert said.

The Obellx module, a six foot tall structure that looks like an egg, does a similar thing but is somewhat mobile. The Obellx is flown, by helicopter, to a stand mounted in the mountains.

“We’ve been starting to use a lot more RAC systems which are remote avalanche control systems,” Lambert said.

Another new tool is called the Wyssen tower. Using a remote control, it drops a charge that explodes just over ground to start an avalanche.