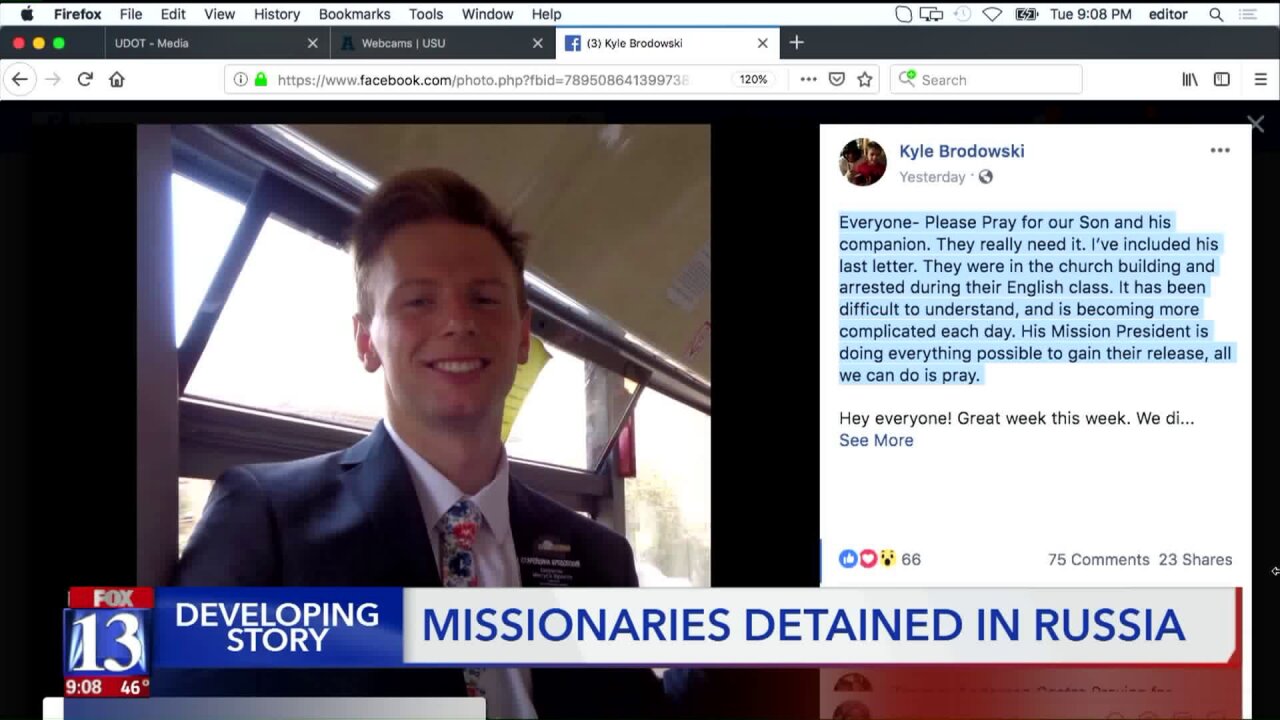 NOVOROSSIYK, Russia -- Two volunteers for The Church of Jesus Christ of Latter-day Saints serving in Novorossiyk, Russia have been detained by authorities.

According to and LDS Church spokesman, the two were detained Friday evening while engaged in a meeting at a local meetinghouse.

"While we are grateful these young men are reportedly in good condition and are being treated well, we are troubled by the circumstances surrounding their detention," Hawkins said.

Both have spoken to their parents, Hawkins said, and he said the LDS Church will continue to work with local authorities and encourage the swift release of the volunteers.

The two are being referred to as "volunteers" and not "missionaries" because the term missionary is associated with proselytizing, which is no longer allowed in Russia.

Those who have served in the area say this recent development does not come as a surprise.

"To say it's a place that you're not welcomed is an understatement," said Chris, who asked that his last name not be used.

"I think police are just like anyone on the street: They have their own prejudices and they have their own bias and if they already know in their mind that public enemy number one are these 'Sektanti,' these religious inter-groups that aren't Russian Orthodox, they're already going to have their guard up, so any excuse to get these people out of their country: they're going to do it," he told Fox 13.

A father of one of the volunteers who was detained posted this on Facebook, "Everyone- Please Pray for our Son and his companion. They really need it... They were in the church building and arrested during their English class. It has been difficult to understand, and is becoming more complicated each day."

The post continues, "His Mission President is doing everything possible to gain their release, all we can do is pray."