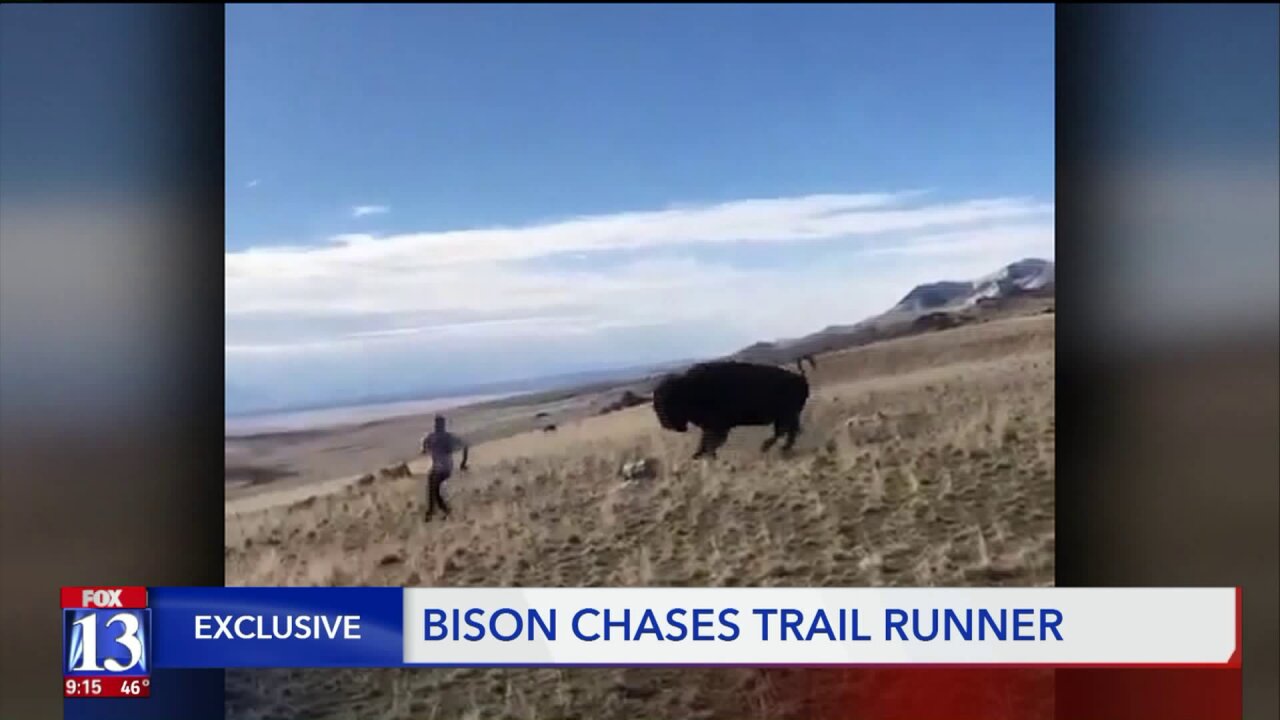 Michael McKnight is an avid runner and was on a 23-mile run at Antelope Island Friday, when he came across the animal on a trail.

“I know that wildlife is meant to be kept alone,” McKnight said. “I definitely wasn’t trying to provoke it or anything.”

McKnight kept his distance, but the video shows the bison wanted to make a point.

“He leaned forward and started charging. I could definitely feel the ground moving. There was a lot of force behind that animal,” McKnight described. “I thought, for sure, he was going to hit me to the ground and trample me.”

With the bison 5-feet from his back, McKnight made a sudden turn and the animal gave up on its pursuit.

“I guess I was far enough away that he was done and stood his ground,” McKnight said.

His split second decision ended the confrontation and allowed him to live to tell the tale of his close call.

“Just be super aware,” McKnight answered when asked how he would advise others who come across wild animals.

As a lover of nature and wildlife, McKnight won’t allow this incident to keep him away from enjoying Utah’s natural beauty.

“Unless you are going to stay in your house and not enjoy the outdoors, you’re always going to be in the animal’s territory,” McKnight said.

Jeremy Shaw, the Antelope Island State Park manager, tells FOX13 bison can run at speeds up to 40 miles per hour. He advises park visitors to stay at least 100 yards away if they come across the animal.