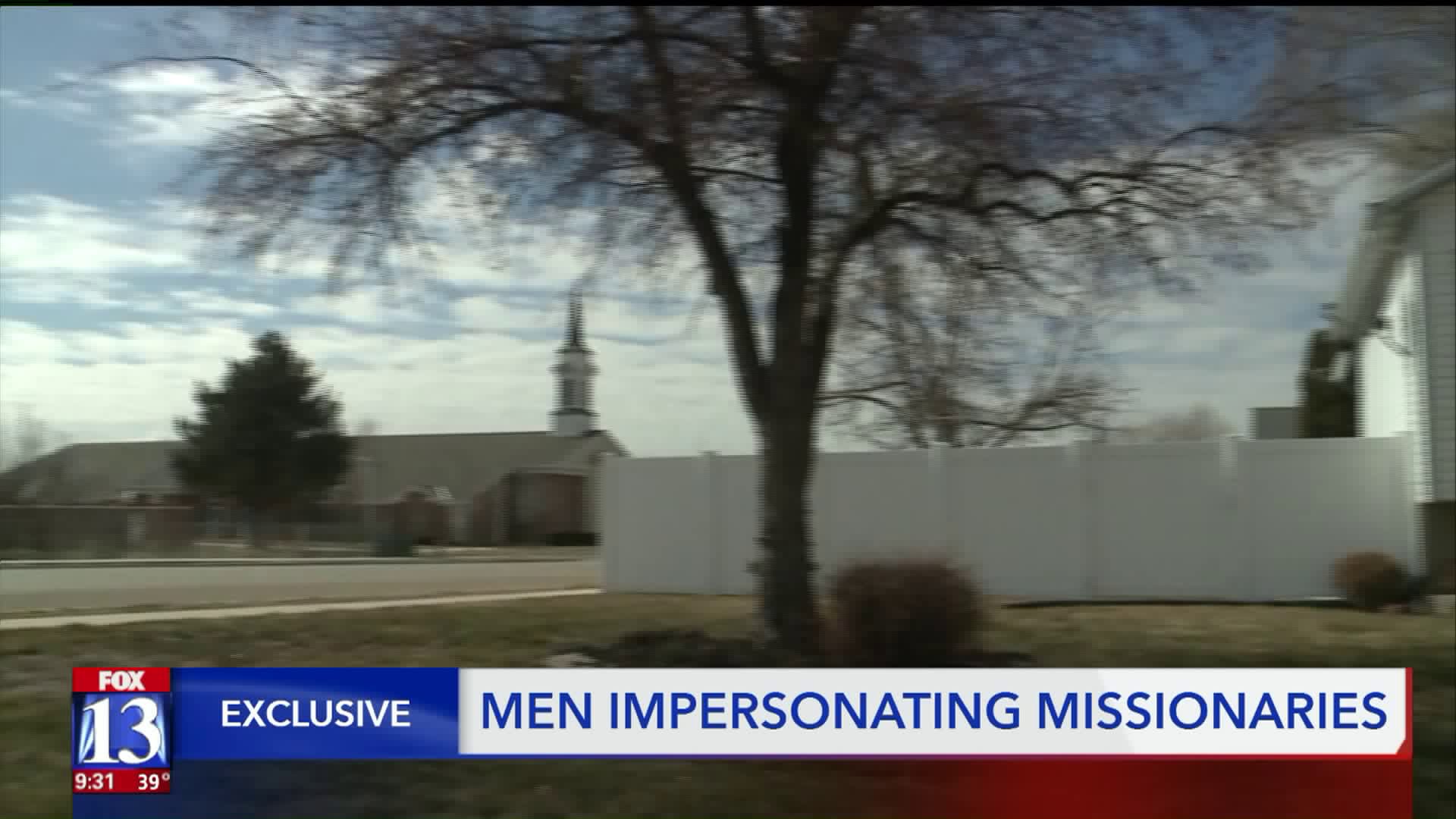 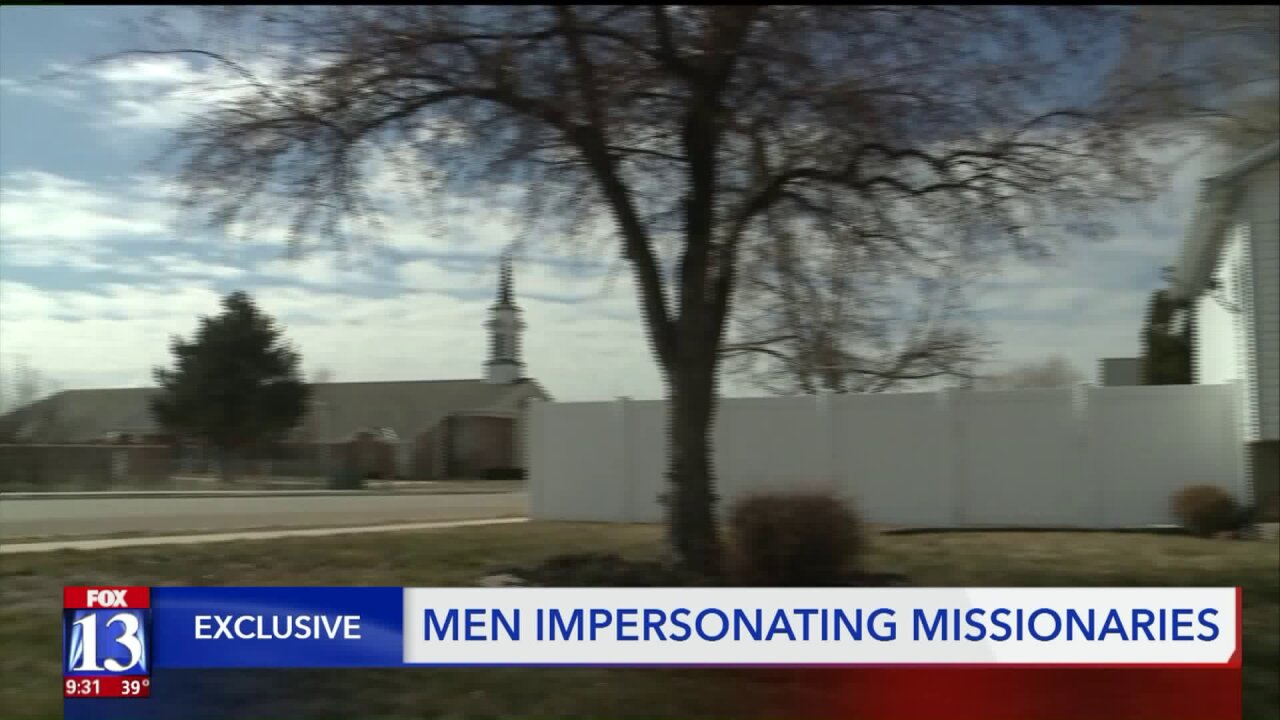 ROY, Utah — Several homeowners in Roy are on edge after receiving some uncommon visitors. Police want to talk to two men they believe impersonated missionaries from The Church of Jesus Christ of Latter-day Saints.

Three women told FOX13 they were approached by the men Sunday in the western half of the city. They say the fake missionaries tried to get inside their homes.

Tonnie Baumgarder was home alone when the two men rang her doorbell around 5 p.m.

“I saw him [peering into the window] and when he saw me come around the stairs he stepped back but the other kid had his hand on the door handle,” Baumgarder said.

The men said they were there to “talk about the LDS Church.” Instead of wearing the traditional white shirt, tie and name tag, the men were dressed casually and didn’t carry any books or pamphlets.

"I just didn’t have a good feeling about them. I really didn’t. I don’t know why," Baumgarder said. "I guess because I caught them looking into my house.”

After shutting the door on the pair, Baumgardner said she saw them pointing at other homes in her neighborhood. FOX13 learned the men attempted to get inside at least two other homes near 3260 West and 6000 South.

“Missionaries are people who people trust and invite into their homes," Roy Police Detective Josh Taylor said. "If they are using that as a guise to get into their homes, that is definitely concerning to us.”

According to Detective Josh Taylor, none of the witnesses called police.

The men are described as white, in their early to mid 20s and wearing dark jackets. One was described as skinny with brown hair and the other had facial hair.

“Something wasn’t right. I felt it more than I saw it,” Baumgarder said.

Roy police are very concerned about the men and are asking anyone with security cameras or doorbell video to turn it over to detectives.

If you see the men, call police