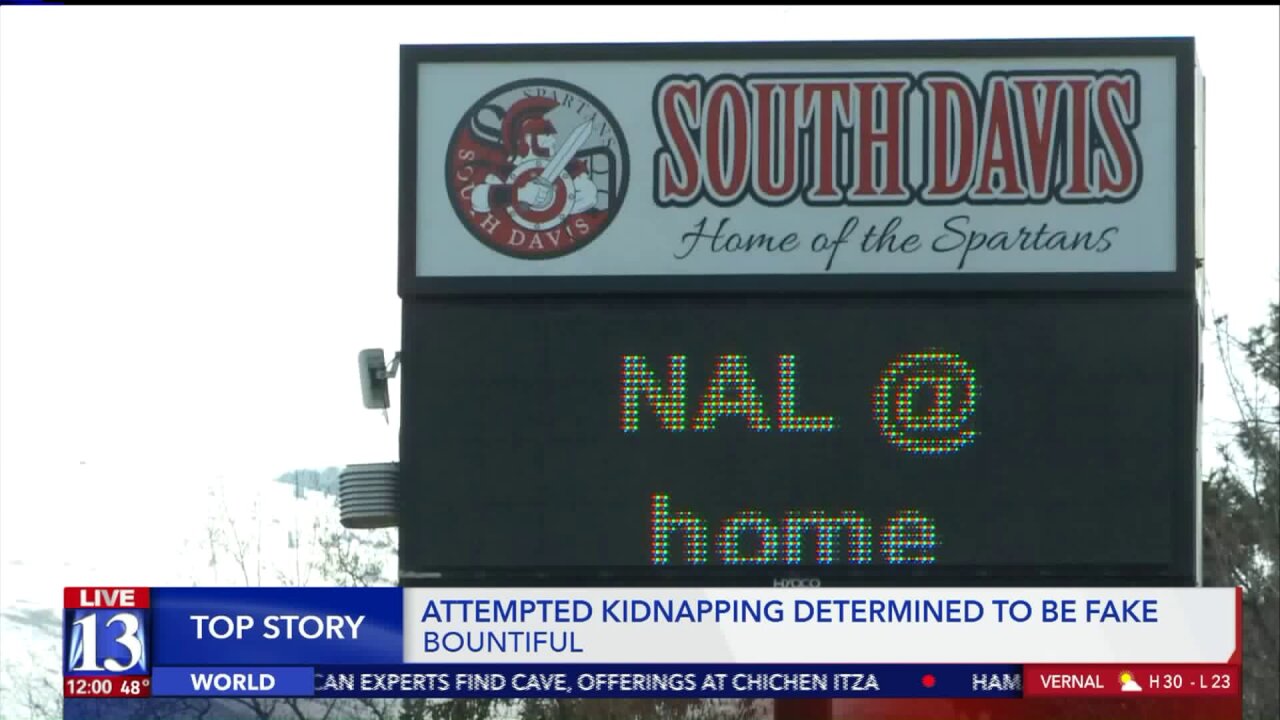 The agency stated in a press release "...it became apparent the complainant's statements were not consistent with the information obtained as part of the investigation."

Police confronted the girl about those inconsistencies and said she recanted her statements.

The girl, who is jr. high school age, said the attempt occurred shortly after 3 p.m. Monday near 350 West and 2600 South. She described an older male, who she said tried to pick her up as she was walking from school.

She claimed that when she refused to go with the man, he tried to hold her against her will. She said the man let go after other student's came to help and she ran away.