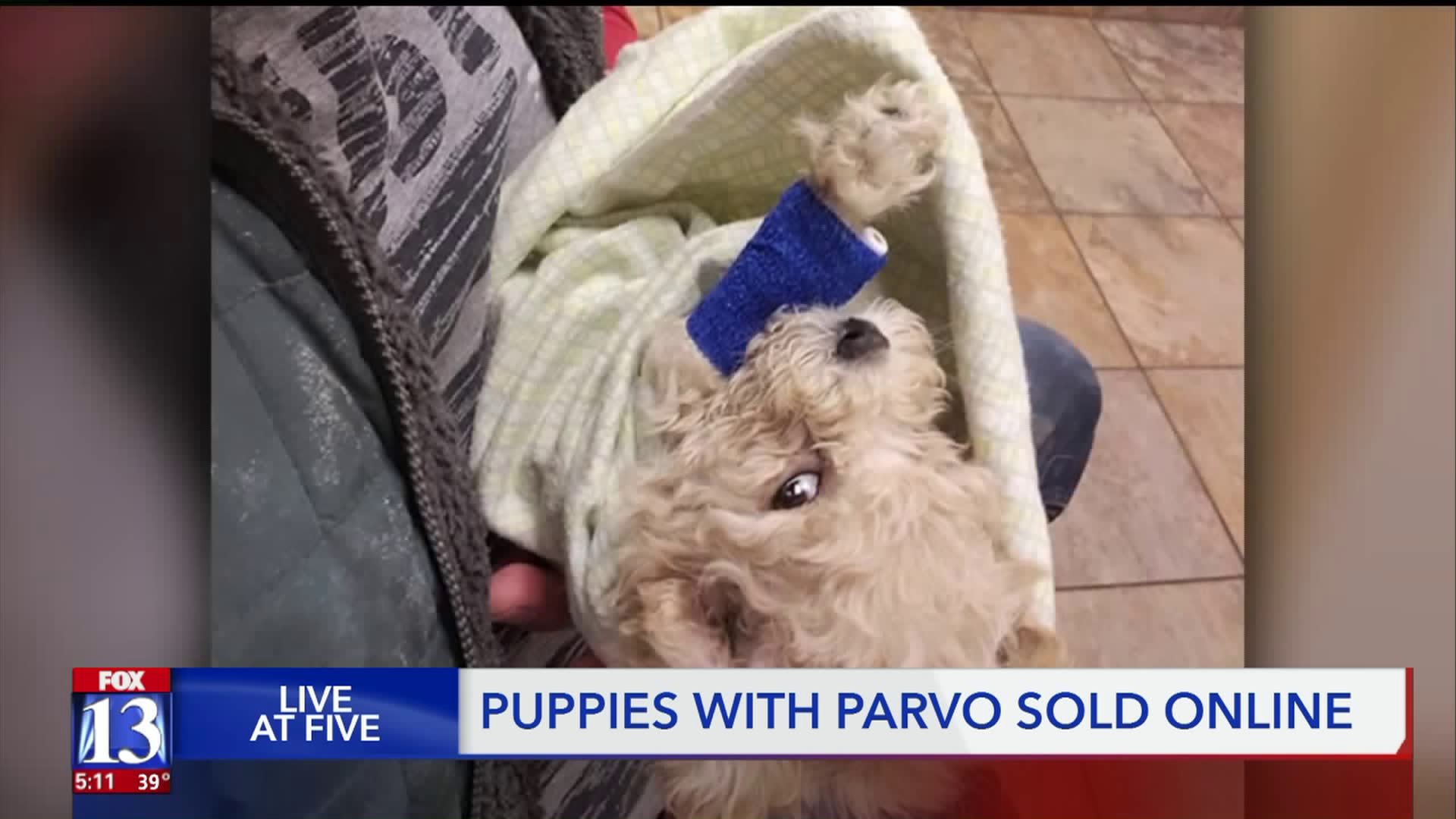 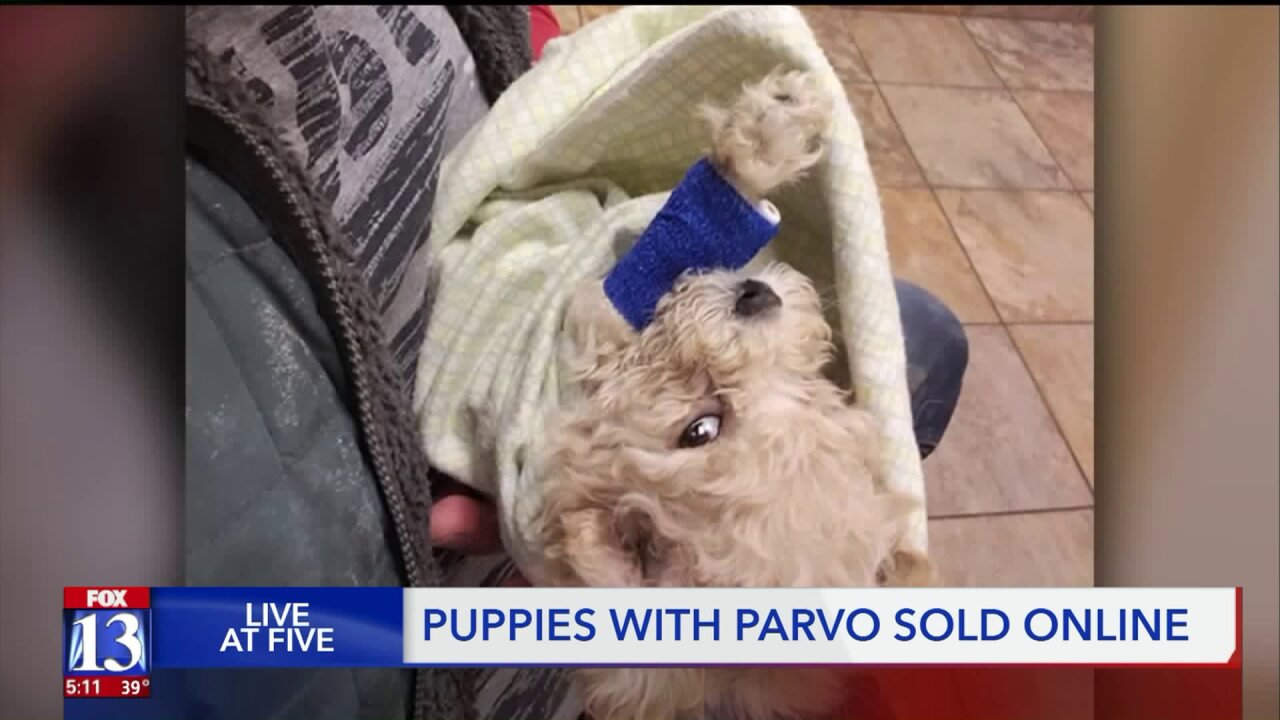 EAGLE MOUNTAIN, Utah -- New puppy owners had their furry friends for just a few days before they realized their puppies had Parvo.

Laurie Wilson brought home Teddy this past Sunday, and said her kids were thrilled.

“He was just so sweet,” Wilson said. “He loved to be held and he followed us around, everyone. He especially loves my kids.”

A few days later, Wilson said Teddy had diaherria and she couldn’t wake him — Wilson rushed Teddy to the hospital where he was diagnosed with Parvo.

“My kids ask everyday 'have you called to check on him, is he okay?'” Wilson said.

While Teddy recovers, the Wilson’s did some research and found they’re not the only family to have bought a puppy with Parvo from their breeder.

Alejandra Gonzalez bought their puppy, Romeo, from the same breeders on an online classified ad, this past Saturday.

Gonzalez said Romeo was fine for the first few days, and then things turned for the worst.

“It got to a point that he was unconscious for two minutes, and he wouldn’t respond,” Gonzalez said. “His eyes were all the way back to his head.”

Gonzalez rushed Romeo to the hospital where he was diagnosed with Parvo.

The Gonzalez family kept Romeo on antibiotics, but his condition got worse. Romeo didn’t make it out of the hospital alive.

“It’s terrible that this did happen to all of us and we all had to go through the pain of it,” Gonzalez said.

The Wilson and Gonzalez families confronted their breeders on Saturday, requesting police presence to keep the peace.

“He immediately started denying things and threatening us,” Wilson said.

West Jordan police received a report filed by Wilson Sunday morning and said in a message, “Our alleged puppy people are not being cooperative and refusing to talk with officers today. The case will be referred to animal control for a full investigation."