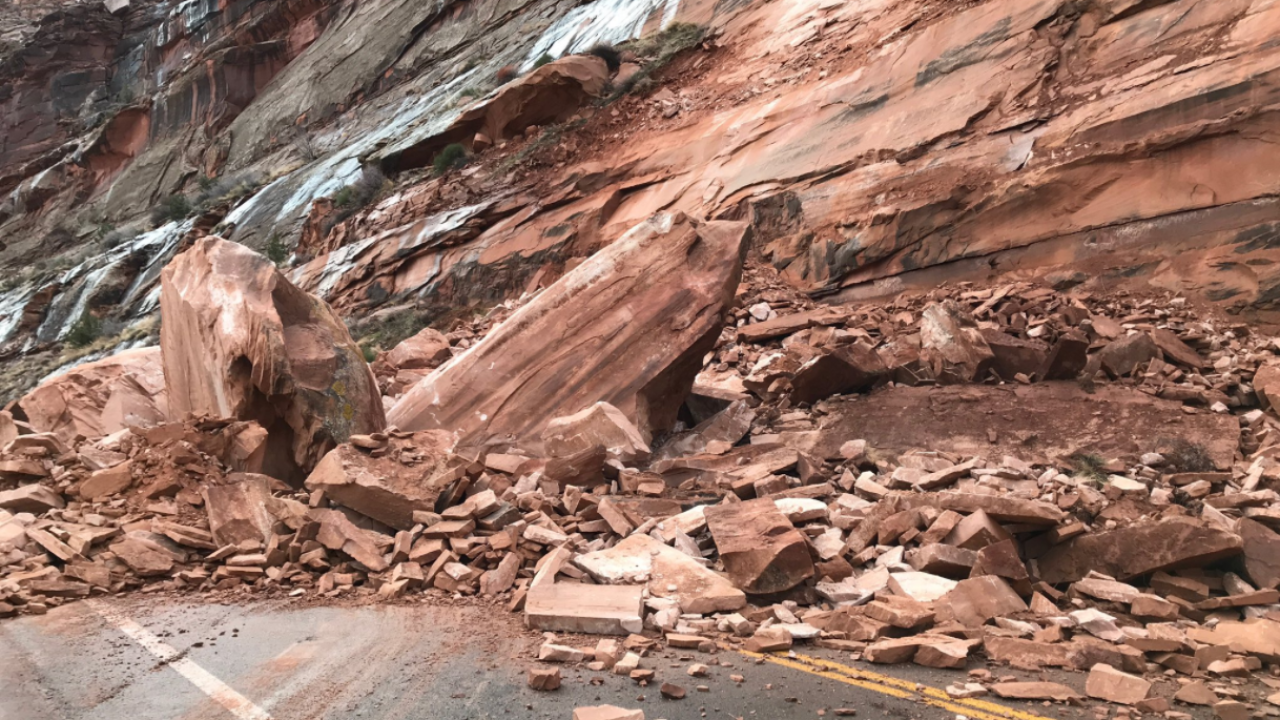 GRAND COUNTY, Utah – The Utah Highway Patrol is working to clear the road after a rock slide occurred near Moab Sunday morning.

UHP Southeast Region tweeted the rock slide happened on SR-128, about one mile outside of Moab.

Rock slide on SR-128 this morning about 1 mile out of Moab. 5-6 Rocks the size of motorhomes. One lane traffic will be open soon. UDOT may have to use explosives once they remove the small boulders. pic.twitter.com/KxDgtuewxr

According to the tweet, there are 5-6 rocks the size of motorhomes on the roadway.

UDOT crews may have to use explosives once smaller rocks are removed, according to the tweet.

UHP said one lane of traffic will be open shortly.