Elizabeth Warren on whether she regrets not running in 2016: ‘You can’t go back’ 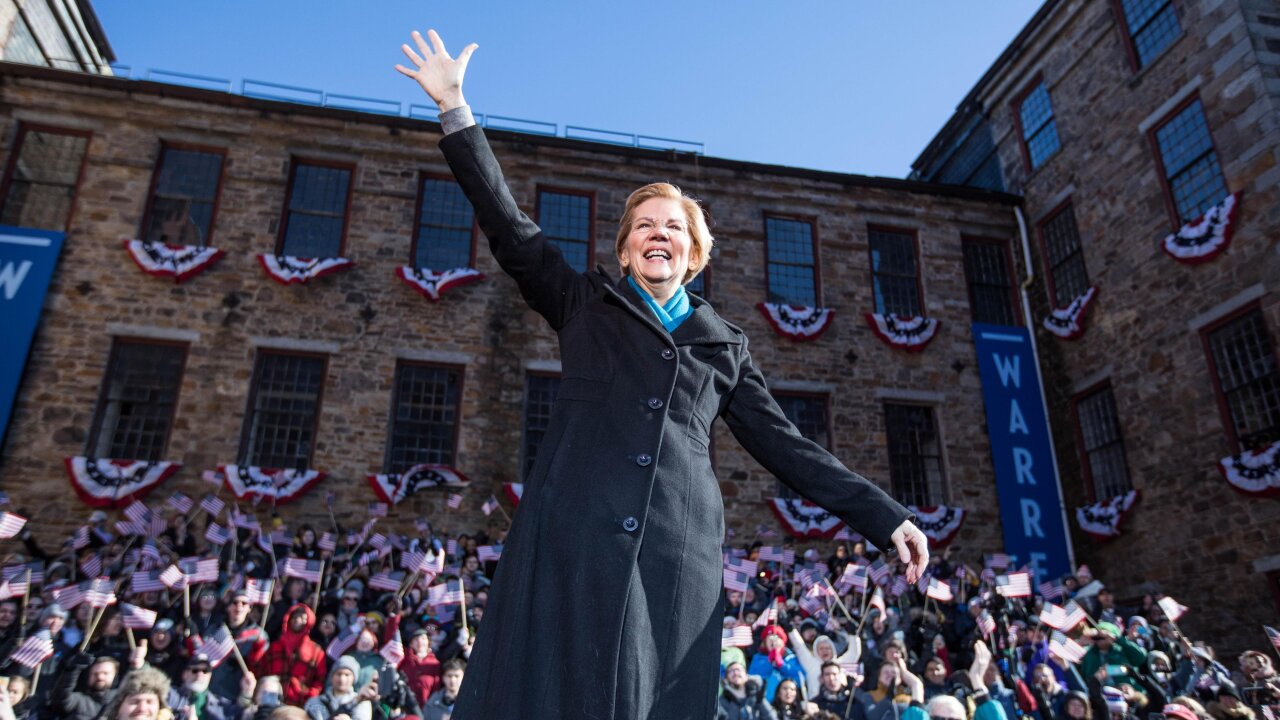 (CNN) — Elizabeth Warren has no regrets, but plenty of unfinished business.

Now the senior senator from Massachusetts, Warren was recruited by progressives to run against Hillary Clinton in the 2016 Democratic primary. She passed up the chance, helping to clear the way for her ideological ally and current presidential campaign rival Sen. Bernie Sanders to jumpstart his “political revolution.”

Asked by David Axelrod for an episode of the Axe Files airing Saturday at 7 pm ET, if she made the wrong decision, Warren didn’t blink.

“You can’t go back,” she said. “Bernie and I have been friends for a long, long time. I’m sure far before I ever thought I was going to be in the electoral end of politics. I get out there every day; Bernie gets out there every day. And so do a lot of other good people.”

Warren is less at peace over the state of the federal government in the Trump era. Throughout her young campaign, she has asked supporters — sometimes over the phone when she’s thanking them for small dollar donations — to “be with me in this fight” against the administration.

She has a special distaste for Trump’s former top economic adviser, erstwhile Goldman Sachs president and chief operating officer Gary Cohn, who left the banking giant for the White House in 2017. But a couple months after helping shepherd through the GOP tax cuts, Cohn in March 2018 left the administration. To Warren, his stint in Washington epitomizes what she’s frequently described as rotting, rigged system.

“He joins the Trump administration and he basically is going to have one job and that is to try to write and ram through a tax bill. So what does Goldman Sachs do for Gary on the way out the door? Answer: They give him about a quarter of a billion dollars,” Warren recalled of the payout Cohn received before taking the job with Trump.

Cohn’s own filing at the time showed he left with around $285 million, including $65 million in cash.

“That is corruption right at the heart of this government,” Warren told Axelrod. “How it could even be legal, that Goldman Sachs could offer a pre-bribe to somebody like Gary Cohn?”

Warren’s “fight,” before she ran for Senate — twice, successfully — and began competing for the Democratic presidential nomination, was a narrower one. A respected academic and author, she received a call during the 2008 financial crisis, about a week after President Barack Obama’s first election, from Nevada’s Harry Reid, then the Democratic Senate majority leader.

He asked if she would come to Washington to help monitor the money Congress authorized to bail out the banks. She said yes.

The job was a mostly toothless, and often thankless, one, but Warren became a kind of political star. She explained the process, and all the traps in her way, to Jon Stewart on The Daily Show and created the Consumer Financial Protection Bureau under the auspices of the 2010’s Dodd-Frank bank reform bill.

Outside the CFPB building this week, Warren told Axelrod how proud she was of the bureau’s work — and what would have happened if she had been given the chance to run it.

“I’d have stayed and done this,” Warren said of her thwarted desire to lead the bureau.

But after it became clear her future GOP colleagues would never confirm her to the post, Warren decided on a different route, eventually launching a bid to join their ranks. If they had confirmed her, Warren said, she would likely have a different title today.