Manafort hears from one judge, appeals to another as he awaits sentencing 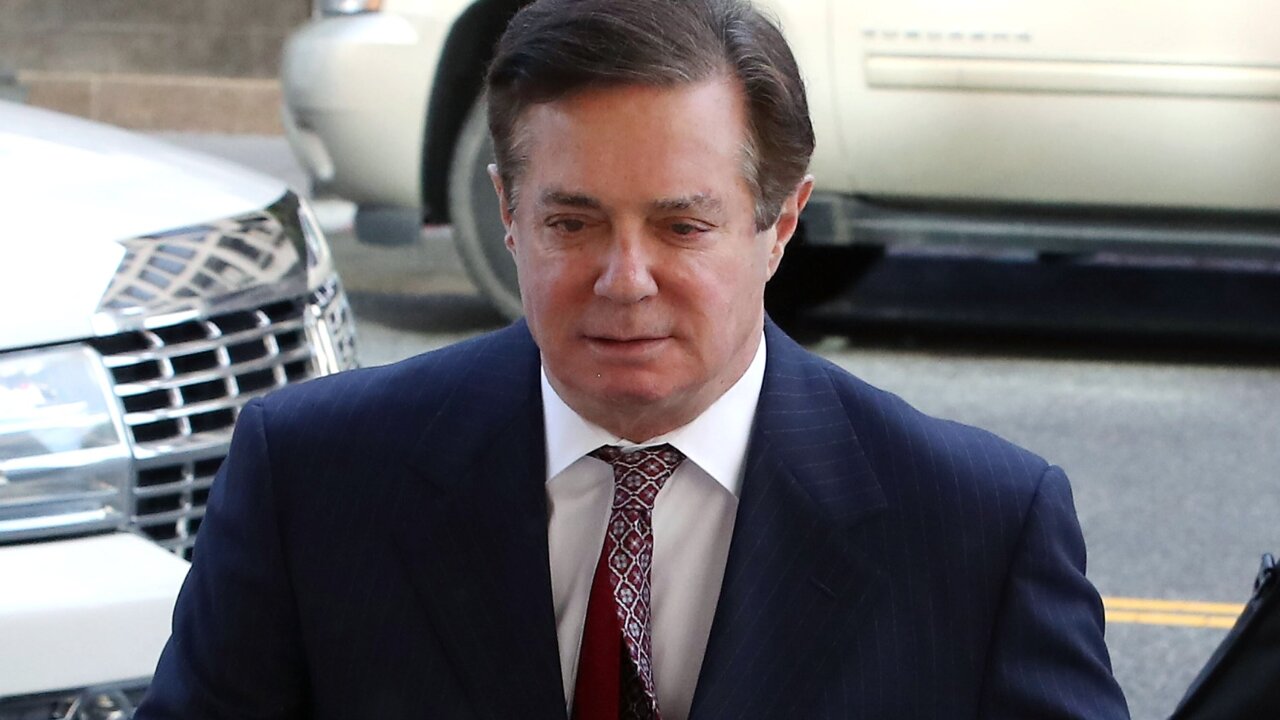 Judge Amy Berman Jackson said Friday that she won’t change her finding that Paul Manafort intentionally lied about his contact with his Russian associate Konstantin Kilimnik, breaking his plea agreement.

(CNN) — Former Trump campaign chairman Paul Manafort, in the last days before he learns how long he’ll spend in prison, is facing an uphill battle for leniency from judges in two federal courts.

In Virginia, he submitted letters of support Friday from friends and family and a 40-page memo arguing why he shouldn’t spend the rest of his life in prison. And in DC, a judge said Friday that she won’t change her finding that he intentionally lied about his contact with his Russian associate Konstantin Kilimnik, breaking his plea agreement.

Judge Amy Berman Jackson’s order came after special counsel Robert Mueller’s office, which prosecuted Manafort in both courts, reinterviewed former longtime Manafort deputy Rick Gates about a Kilimnik and Manafort meeting. Prosecutors said Gates had provided some information that helped Manafort and clarified statements made in court at a sealed hearing that are still largely unexplained. That Manafort broke his plea agreement will likely factor into his sentencing for conspiracy and witness tampering before Jackson on March 13.

But first, he will be sentenced by a judge in Virginia federal court next Thursday.

In his memo before sentencing to Judge T.S. Ellis of the Alexandria-based court, Manafort said he is “truly remorseful for his conduct.” It was his last major court filing before Ellis sentences him for a jury’s conviction of financial fraud.

The memo from Manafort’s legal defense team strikes a less antagonistic tone toward the Mueller investigation than a similar submission they made to Jackson. In some ways, Manafort needs more sympathy from Ellis, because the potential sentence he could receive from him following a jury trial is much longer.

Prosecutors had previously agreed with a Virginia federal court assessment that Manafort should face between 19 and 25 years in prison for the jury convictions. Manafort’s team wrote Friday that amount of time is “clearly disproportionate” to his crimes, which include tax fraud, bank fraud and lying on other federal financial forms.

Manafort clearly does not want to die in prison, according to this memo.

A major argument his team makes for a sentence of less than 25 years is that he isn’t likely to commit more crimes after he’s released from prison.

He’s at “low risk” of being a repeat criminal offender, his legal team wrote, because of the type of tax and white-collar crime he committed, and because he’s already almost 70 years old.

His medical conditions — both mental anguish and physical decline — could be better addressed by doctors outside the prison system, they added. Manafort has been in jail for almost nine months — in solitary confinement for his own protection — since he was first accused of attempting to tamper with witnesses. Most recently, he’s walked with a cane in court because of gout.

Manafort also makes several arguments to Ellis that could mitigate his crimes.

He points the finger at his Ukrainian clients as well as Gates, who testified against him at trial.

Gates acted alone in committing some of the financial fraud and hiding accounts, Manafort’s legal team writes, and even admitted to embezzling from Manafort during the trial.

“Mr. Gates operated with little or no management supervision by Mr. Manafort,” the defense team writes. “This was not ‘extensive’ criminal activity by any stretch of the imagination.”

Gates was initially charged alongside Manafort with several of the financial offenses but pleaded guilty to two lesser charges in DC District Court a year ago. He has not yet been sentenced.

Manafort also says the Ukrainians he worked for wanted him to collect his payments through secret accounts.

“It is worth noting that the foreign accounts at issue were established at the behest of Mr. Manafort’s foreign clients, not because Mr. Manafort intended from the outset to use them to evade income tax or foreign account reporting obligations,” his attorneys wrote.

While he admits that he defrauded banks to get mortgages by sending them fake documents, Manafort says he never wanted to actually steal money from them.

“Mr. Manafort intended to repay each of the loans in questions and did not purposely seek to inflict pecuniary harm as to any of the banks,” his attorneys wrote. Ultimately, Manafort caused the banks to lose more than $6 million, a court probation office assessment found, according to Friday’s defense memo.

The defense team, even with its focus on the financial crimes for which Manafort was convicted, reminded Ellis on Friday that Manafort’s case was unrelated to Mueller’s core effort of rooting out Russian interference in the 2016 election.

“The Special Counsel’s attempt to vilify Mr. Manafort as a lifelong and irredeemable felon is beyond the pale and grossly overstates the facts before this Court,” his attorneys argued. “The Special Counsel’s conduct comes as no surprise, and falls within the government’s pattern of spreading misinformation about Mr. Manafort to impugn his character in a manner that this country has not experienced in decades.”

Manafort’s team previously attempted to get Ellis to toss the case with a similar argument, saying Mueller had no authority to prosecute him for the financial crimes prior to 2016. Ellis disagreed, endorsing Mueller’s case, but only after the judge criticized the anti-Trump political climate around the special counsel’s efforts in a speech from the bench.

“You don’t really care about Mr. Manafort’s bank fraud,” Ellis told prosecutors at a hearing last May before Manafort went to trial.

This story has been updated.