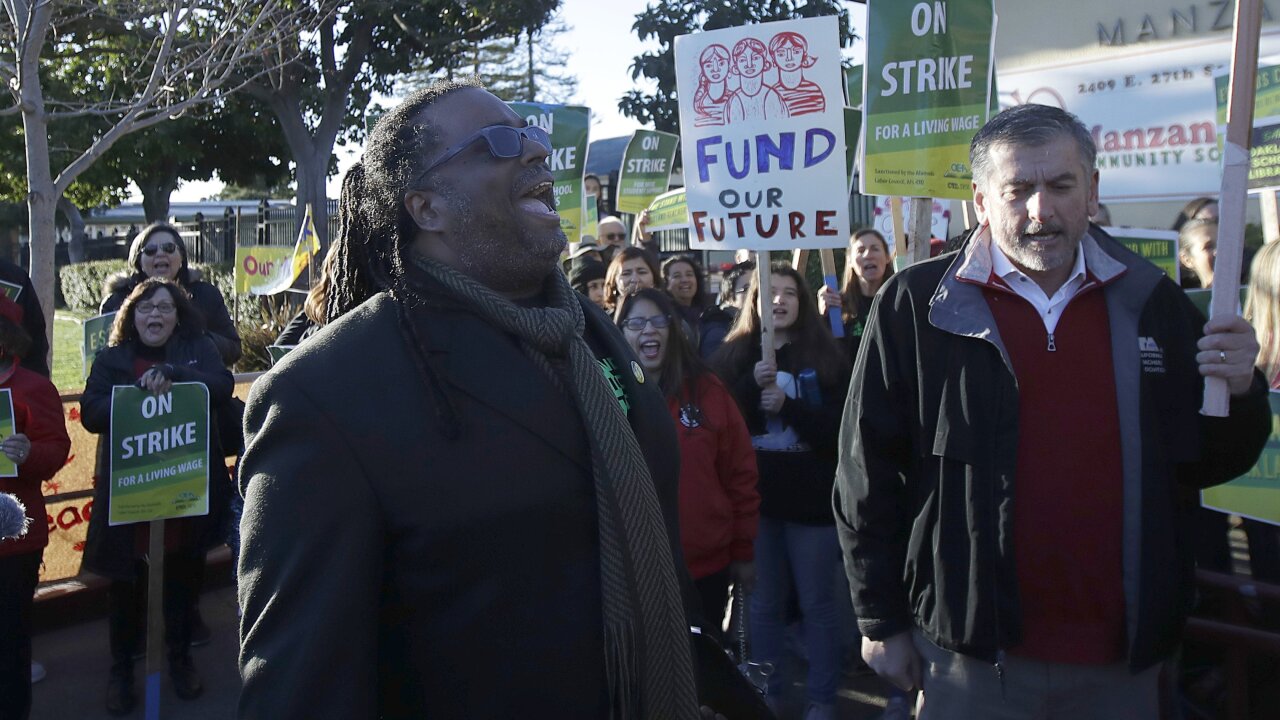 Oakland Education Association President Keith Brown yells after speaking outside of Manzanita Community School in Oakland, California, on February 21.The Oakland Unified School District and striking teachers have come to an agreement after a seven-day strike.

The Oakland Unified School District and striking teachers have come to an agreement after a seven-day strike, the district and the teachers’ union, the Oakland Education Association, said Friday.

“I think that it is going to be a joyous experience on Monday when we return to the classroom,” Keith Brown, president of the teachers’ union, said.

Members have 24 hours to review the 118-page agreement and then will go to a meeting to vote, he said.

He said the strike was just a first step in a movement to “fully fund education.”

“The fight is not over,” he said, referring to legislation before California lawmakers.

The contract won’t be official unless union members ratify it in the next 24 hours, but the OEA sounded optimistic, with a news release calling it “a historic contract with a win in every major proposal we made.”

“This is an important victory that the OUSD is now making sure that there are investments in student support,” Brown told reporters.

The California school district issued its own news release hailing the pact.

“It also reduces class sizes and maintains the fiscal solvency of the school district,” the district said.

“We cannot fix decades of chronic under investment in education with a single contract, but this is an important first step,” Superintendent Kyla Johnson-Trammell said in the release.

The teachers went on strike February 21, saying they are unable to afford the soaring cost of living near Silicon Valley.

The district said it barely has enough money to take care of its low-income students — 75% qualify for free or reduced lunch.

The union’s news release said the four-year contract will also bring a five-month pause in school closures, lower caseloads for special education teachers and a cap on charter schools.