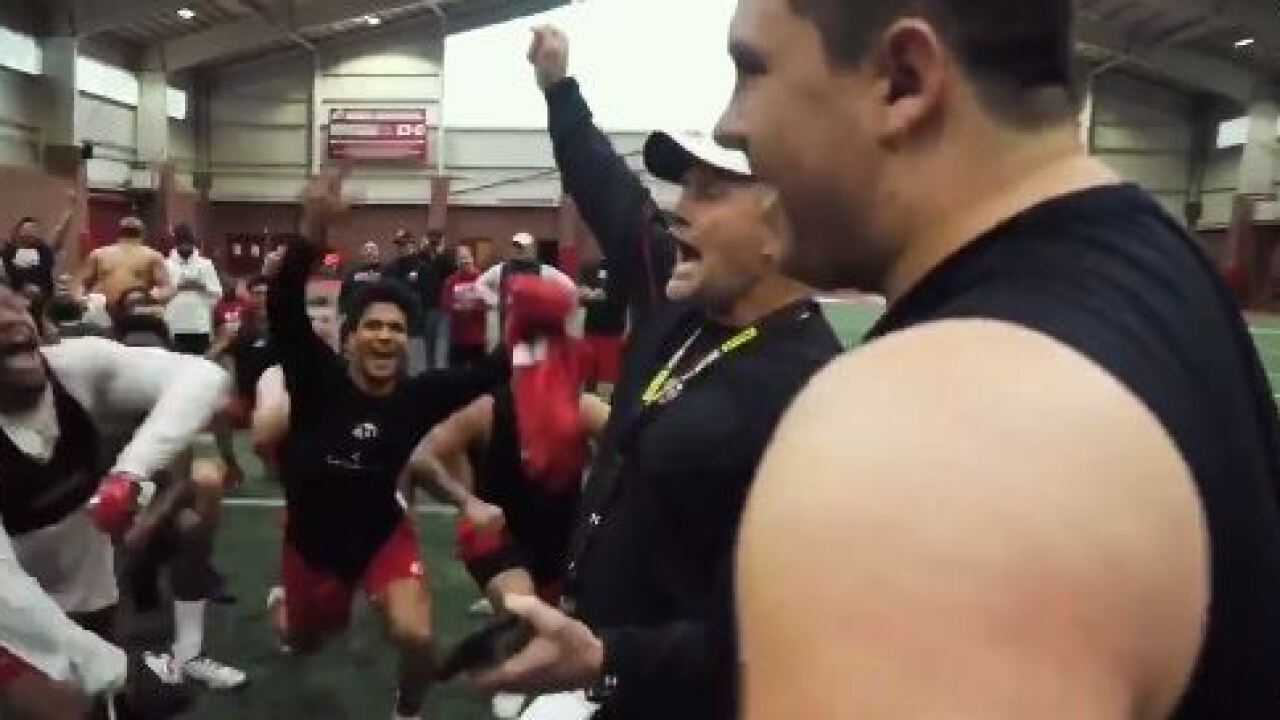 His mom called in the middle of team huddle… to tell him he’s officially on scholarship.

SALT LAKE CITY — Kyle Lanterman is on scholarship for the University of Utah, and he found out in perhaps the most heartwarming way imaginable.

Utah Football shared the video Thursday, saying Lanterman’s mother called in the middle of a team huddle with some news.

Coach Whittingham answered the call, and after a moment he called Lanterman forward and switched to speaker phone.

“Hey Kyle, we wanted you to be the first to know: You’re on scholarship,” Lanterman’s mother can be heard saying before the cheering overwhelms the speaker.

The crowd, of course, went wild.

“You talk about a guy that does nothing but everything right,” Whittingham told the team. “Busts his butt year round, gets good grades. He’s been grinding this program for three or four years, and, congratulations: You deserve this.”

Lanterman is a freshman offensive lineman who walked on to the team as a red shirt in 2015. Lanterman played in two games in 2017 and six in 2018.