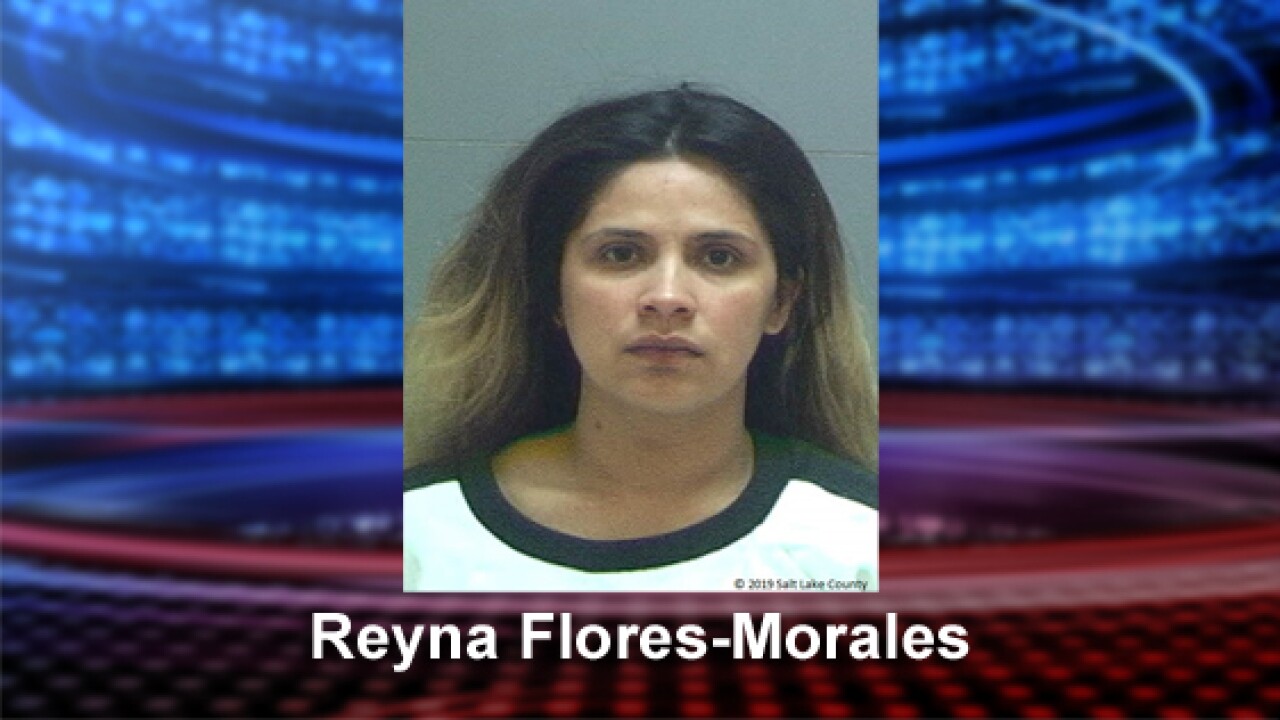 SALT LAKE CITY — Sandy Police said a 7-year-old boy has died after he was taken to Primary Children’s Hospital for treatment of significant head trauma.

On Monday, police arrested the boy’s mother, 31-year-old Reyna Elizabeth Flores-Rosales, on suspicion of child abuse and endangerment of a child.

According to an affidavit of probable cause, police and fire officials responded to a home at 7890 S Manzano Dr. in Sandy Monday, where Flores-Rosales reported she found her son unresponsive on the floor of a shower.

Sandy firefighters found the boy on the floor of the living room, the affidavit said, and he wasn’t breathing and didn’t have a pulse.

The boy had “multiple injuries and scars” on his body, including deep wounds on his left leg, left hand and armpit, and cuts and scrapes on his nose, ear and hands, according to police.

“[The boy] was wet and extremely cold. CPR was initiated and [the boy] was transported to Alta View Hospital before being flown to Primary Children’s by helicopter. A CT scan was performed and significant head trauma was revealed,” the affidavit said.

Doctors at Primary Children’s determined the head injuries “were caused by a person in one single event” and they ruled out an accident as a possible cause, according to police.

Flores-Rosales told police she had put the boy in the shower to clean him up after he had used a diaper.

“Reyna said [the boy] was in the shower for nearly an hour and she checked on him occasionally. She went in to check on him again and found him slumped over in the seated position on the floor of the shower. He was not breathing. Reyna moved NC to the front room and called 911,” the affidavit said.

According to Sandy Police, officers found blood on the floor of the shower.

One person who spoke with police said he suspected Flores-Morales had been abusing the boy, and he moved away from the neighborhood because he was sick of the screaming and yelling, the affidavit said.

Another person told police he also suspected Flores-Morales of abuse, and he had reported her to the Division of Child and Family Services, the probable cause affidavit said.