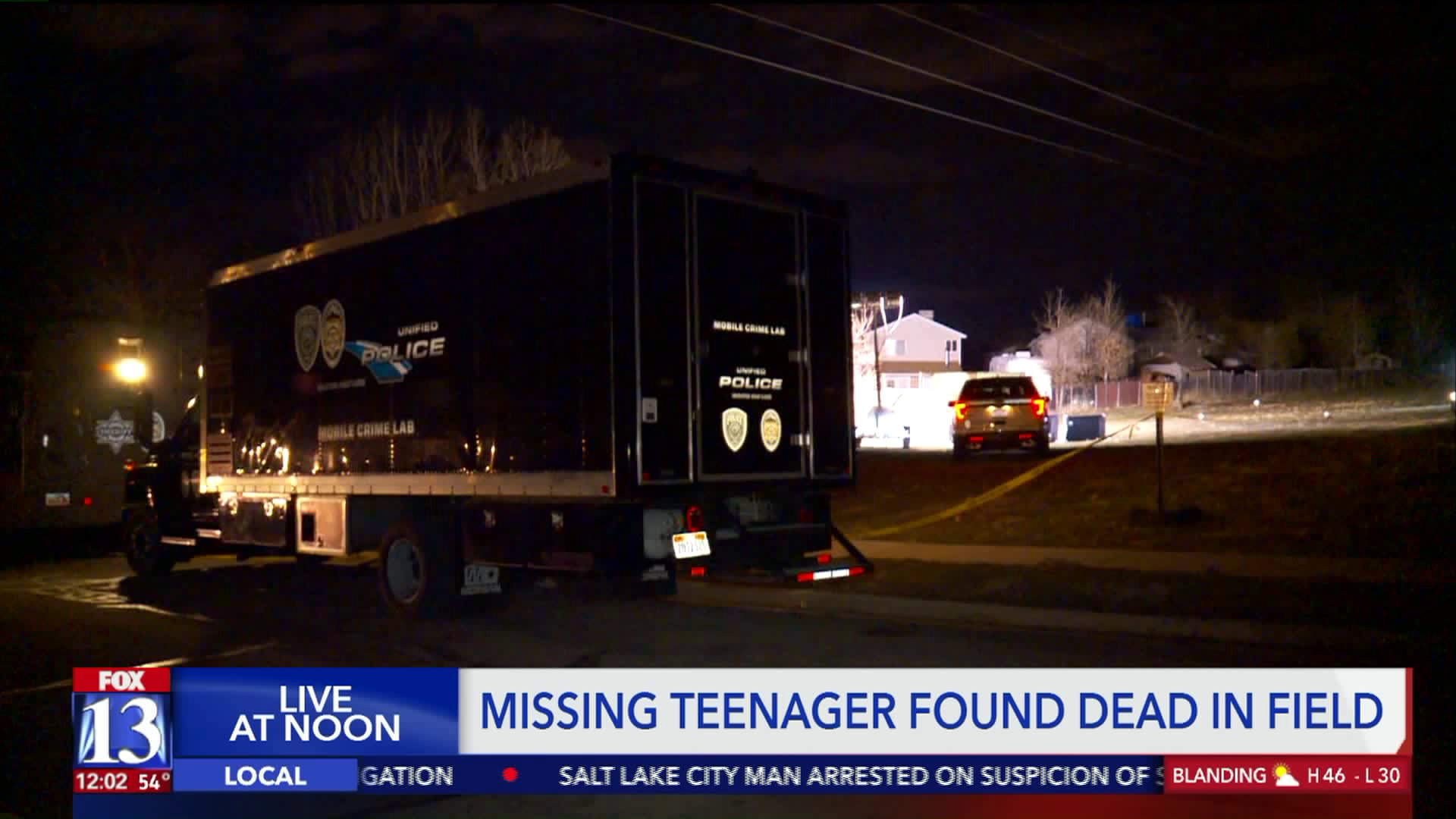 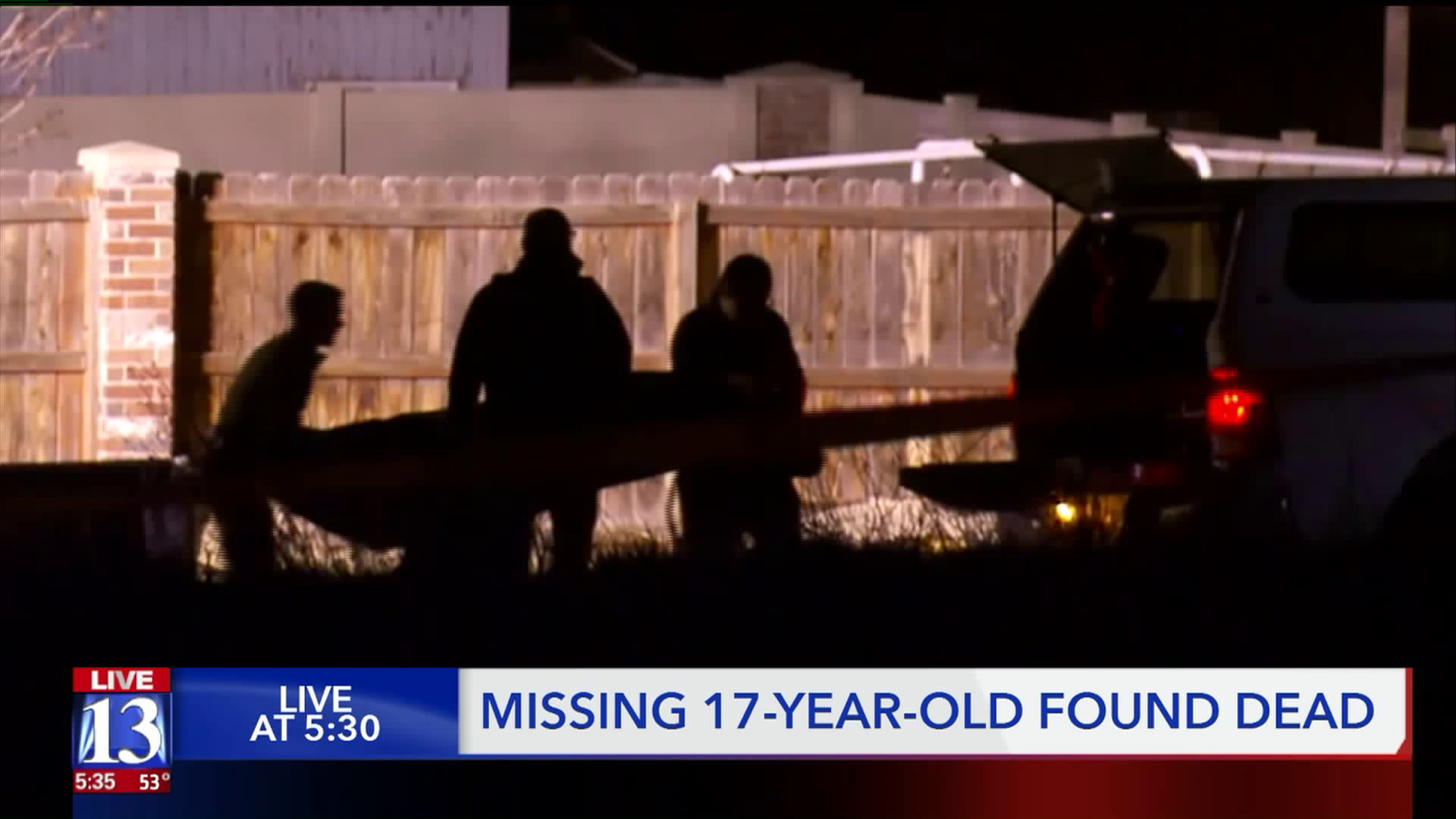 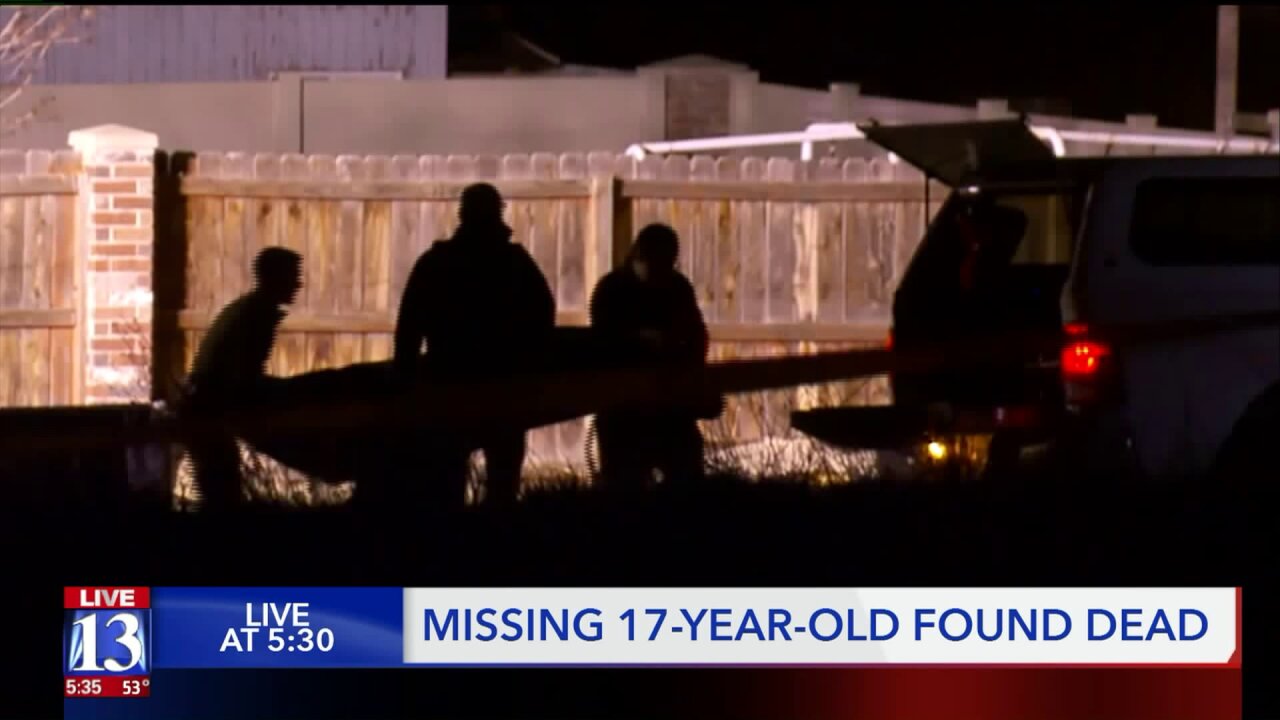 KEARNS, Utah -- Police searching for a missing teen found the boy dead in a field in the Kearns area Wednesday.

He was later identified as 17-year-old Julian Garcia of Taylorsville.

Julian was last seen by his friends on February 9, and his family reported him missing the next day.

Police went to the area where the teen was last seen Wednesday to conduct a search, and they found the teen dead in a field near 5600 West and 6100 South around 6:30 p.m.

"That is a little odd because he's not very far off the road, right here in this field," said Sgt. Melody Gray of the Unified Police Department. "Whether or not just due to the recent weather changing, if he was covered in snow, or what that situation was—we're not sure at this time."

Gray said the investigation is still in its early stages, and few additional details have been released.

An autopsy is expected to shed more light on the cause and manner of the teen's death. That could be completed as early as later Thursday.

Police are also asking anyone who lives in the area who may have relevant security camera or doorbell camera footage, or who may have witnessed anything, to contact them.