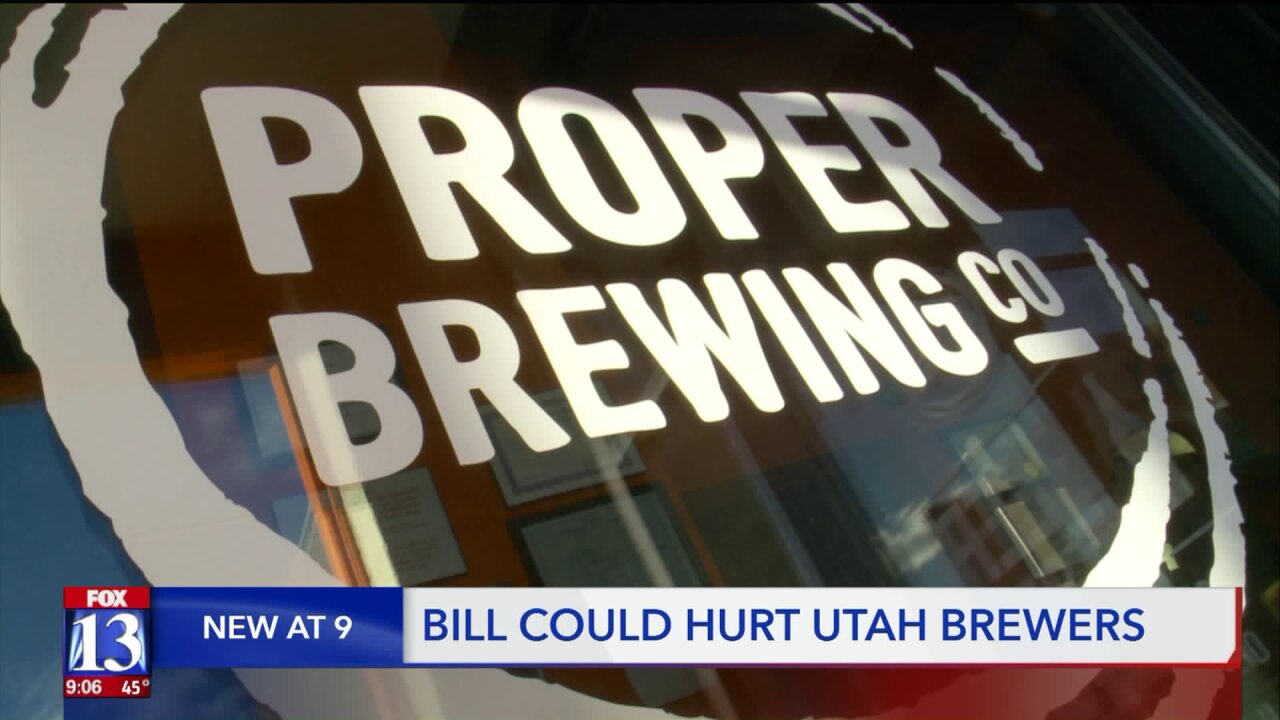 SALT LAKE CITY -- Some local beer makers are actually trying to convince Utah lawmakers not to raise the alcohol by weight (ABW) limit to 4.8 percent for what can be sold in grocery stores.

“The problem with this legislation is it's being dictated by these large out-of-country corporate concerns,” said Rio Connelly, Head Brewer and Co-Owner of Proper Brewing.

Connelly says he, and other local brewers, make most of their beer for the local Utah market. He estimates 75 percent of Proper Brewing’s product lands below 3.2 percent alcohol by weight, keeping within Utah’s current limit for what can be sold in grocery stores.

Here’s the problem, according to the Utah Brewer’s Guild: Local beer makers, like Proper, make lots of 3.2 percent beer. They also make lots of beer over 4.8 percent ABW. But they don’t make much in between. According to Connelly, 4.8 percent lines up perfectly for large brewers like the makers of Budweiser. If Utah changes the law, he fears smaller producers will get pushed out.

“They would literally flood our market with tons of beer from out of the state, taking shelf space, taking tap handles, taking availably from us,” Connelly said.

The Utah Brewer’s Guild wants to ensure the growth continues. It does favor raising the ABW for beer in Utah, it just doesn’t want the limit to be so narrow it favors large breweries over local craft brewers, like Rio Connelly.

“This is a move by big beer to force us out of the market,” Connelly said.