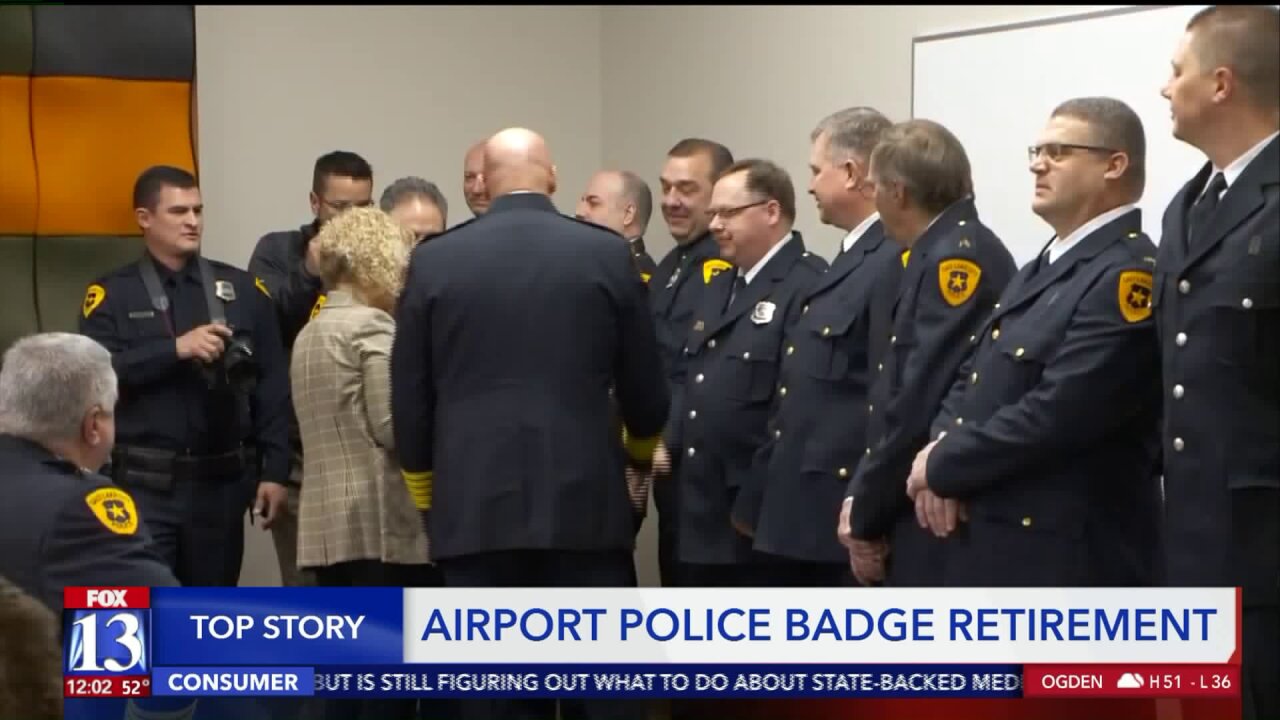 The merger became official Tuesday with a retirement ceremony of the patch and badge that had been worn by airport police since the mid-1990s.

Existing airport police were made members of the Salt Lake City Police Department, and their new badges and uniforms will reflect that.

For those men and women of law enforcement who serve at the airport, Tuesday was an important and an emotional day.

The transition is expected to be seamless and will now make even more law enforcement resources available for one of the busiest airports in the country.