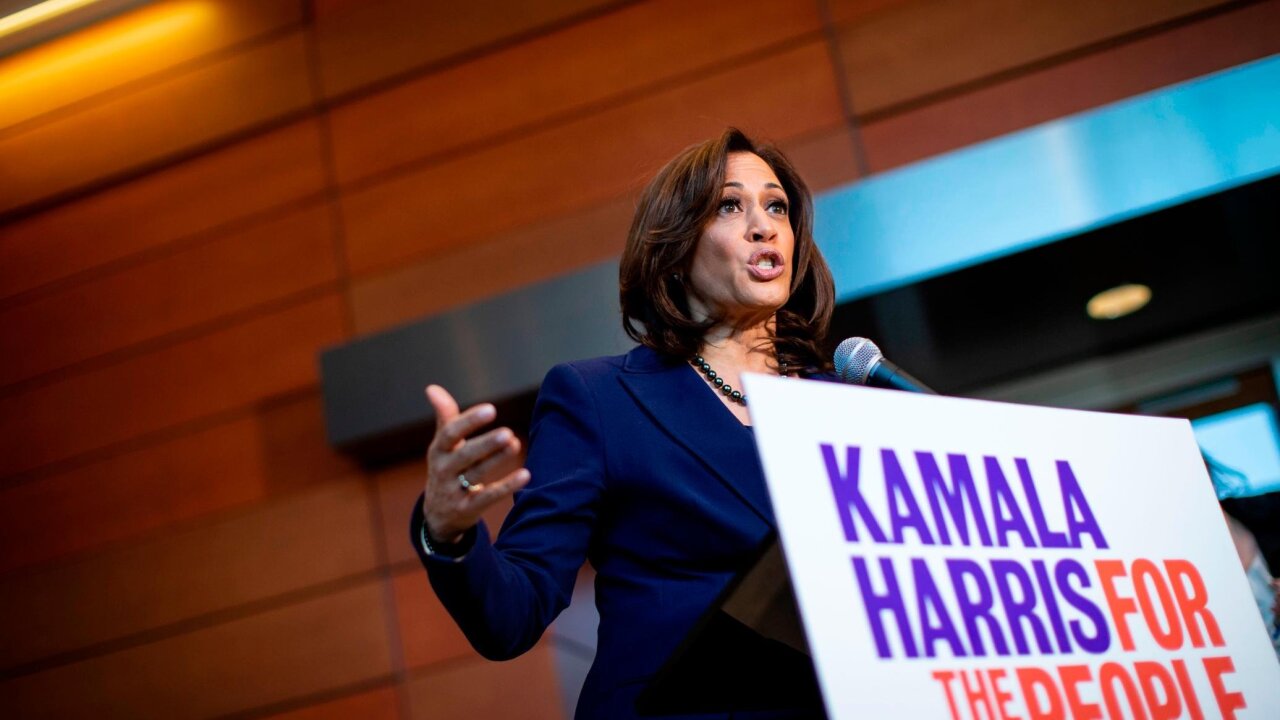 2020 Democratic presidential candidate Sen. Kamala Harris made clear on Tuesday that she believes President Donald Trump is a racist.

(CNN) — 2020 Democratic presidential candidate Sen. Kamala Harris made clear on Tuesday that she believes President Donald Trump is a racist.

Harris was asked, “So you definitely agree that he’s a racist?”

Harris’ answer is in line with previous comments she has made, but it’s the most direct she has been in calling Trump a racist. Others in the 2020 Democratic have taken a more cautious approach.

On the day he launched his presidential campaign, Sen. Cory Booker was posed the same question.

“I don’t know the heart of anybody,” the New Jersey Democrat told reporters. “I’ll leave that to the Lord.”

He went on to add, “I know there are a lot of people who profess the ideology of white supremacy that use his words. And I believe his failure to condemn bigotry and racism, I believe that when he makes comments on African countries, when he challenges and demeans the ability for federal judges to do their job because of ancestry — that’s bigoted language.”

Other Democrats have been more direct.

In his presidential announcement, Sen. Bernie Sanders, an independent from Vermont, called Trump “a racist” along with “a sexist, a homophobe, a xenophobe, somebody who is gaining cheap, political points by trying to pick on minorities, often undocumented immigrants.”

At the Christian Science Monitor breakfast about a week after his interview, Brown was asked about the reaction he got to his comments about Trump.

Before he was President, Trump propagated the birther conspiracy theory that President Barack Obama was not born in the US.

While in office, Trump was widely criticized for equating the actions of white supremacists at a 2017 rally in Charlottesville, Virginia, with people who were there protesting them. He also reportedly expressed frustration behind closed doors with people coming to the US from “s—hole countries,” referring to Haiti and African countries — comments he denied.

Trump has defended himself repeatedly against accusations that he harbors racist feelings.

“I am the least racist person that you have ever met,” then-candidate Trump told CNN’s Don Lemon in 2015.

A majority of Americans, 57%, said they thought Trump is racist in a February 2018 AP-NORC poll. In the same poll, a overwhelming majority, 84%, of African-Americans said they believe the President is racist.