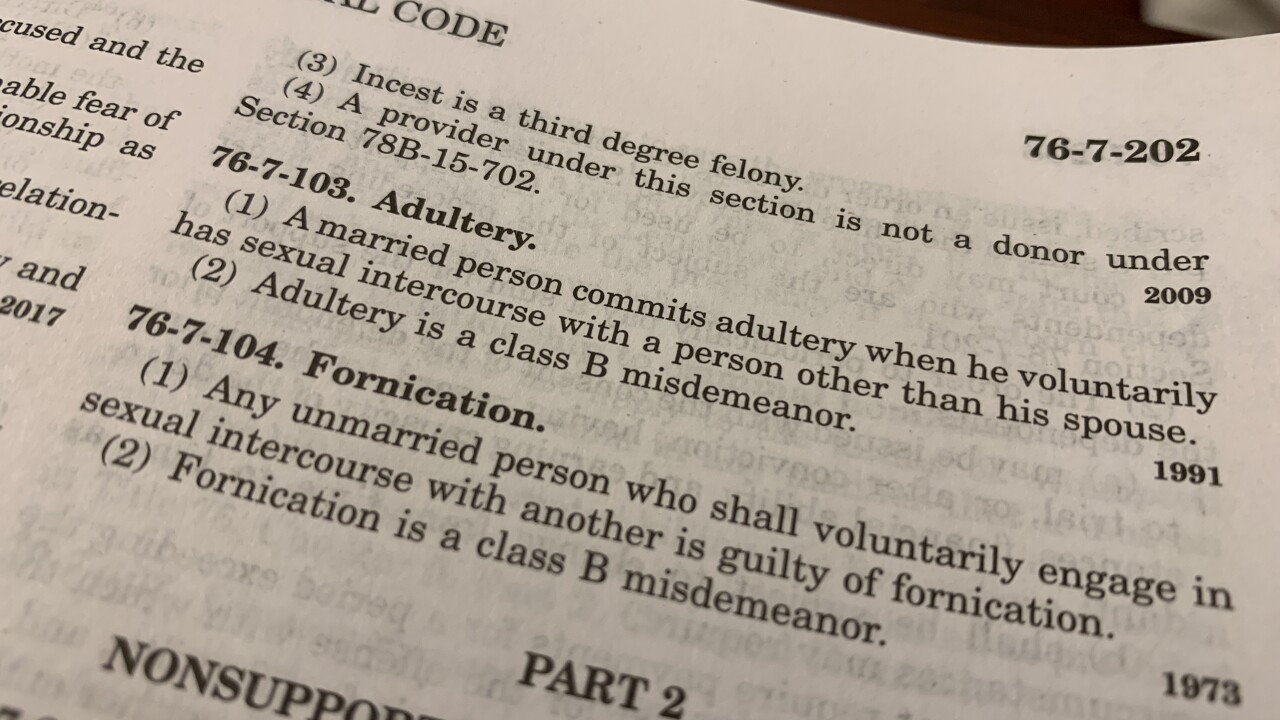 SALT LAKE CITY — Adultery and sodomy among consenting adults are closer to being legal in Utah.

The Utah State Senate voted 25-2 in favor of House Bill 40, which would repeal the criminal actions for the sexual acts. The House previously passed the bill. It now goes to Governor Gary Herbert for his signature or veto.

FOX 13 first reported on the bill in October.

The courts have already found the crimes unconstitutional. HB40 makes a number of other changes to Utah’s criminal code, which hasn’t been updated in decades.

Under “Offenses Against the Family” in Utah State Code, adultery is a class B misdemeanor, punishable by up to six months in jail and fines. But in reality, it is rarely prosecuted. Still, FOX 13 found some arrests for it dating back to the early 20th century and as recently as last year (but prosecutors did not pursue it as a criminal charge itself).

In 2003, the U.S. Supreme Court struck down laws against sodomy, declaring that states cannot tell consenting adults what they can do in the bedroom. But Utah kept its laws on the books.