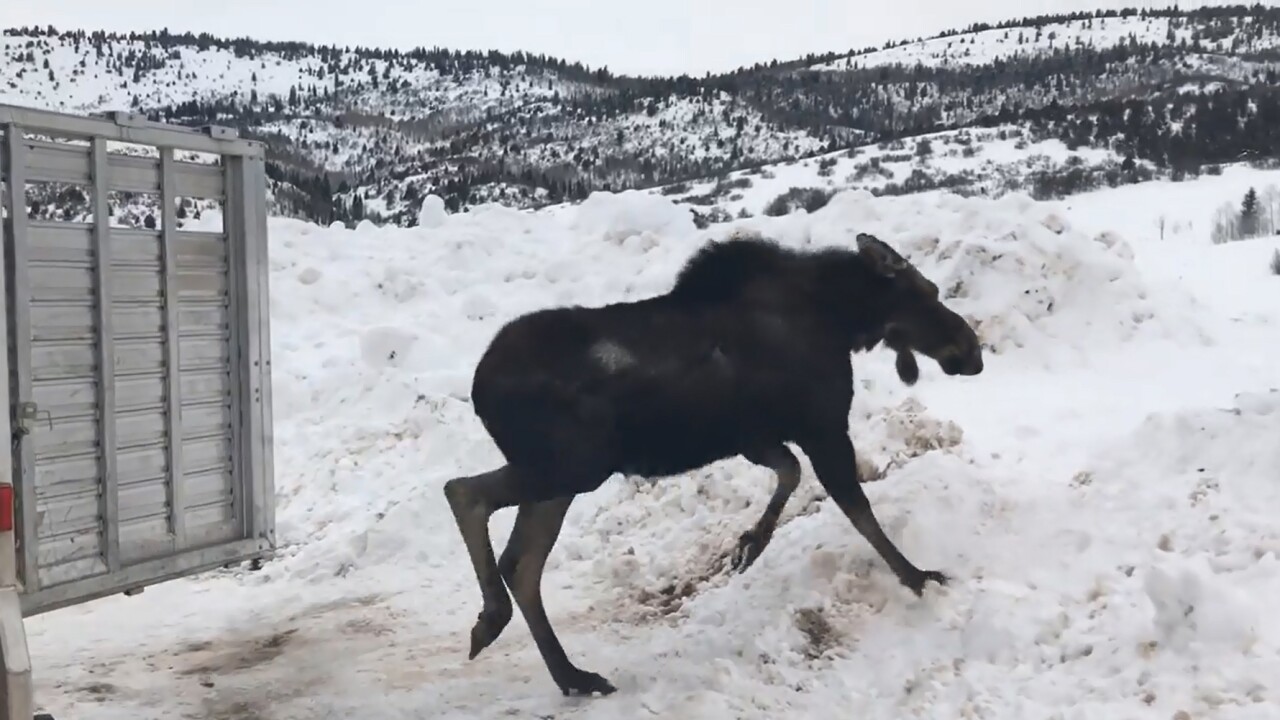 KAMAS, Utah — A cow and calf moose have been relocated after they were found roaming neighborhoods in Bountiful.

A video released by the Utah Division of Wildlife Resources shows the moose being released from a trailer in a remote location above Kamas.

The DWR thanked Bountiful Police, Davis County deputies and residents who assisted in the relocation.