Sanders warns against outside intervention in Venezuela, stops short of calling Maduro a ‘dictator’ 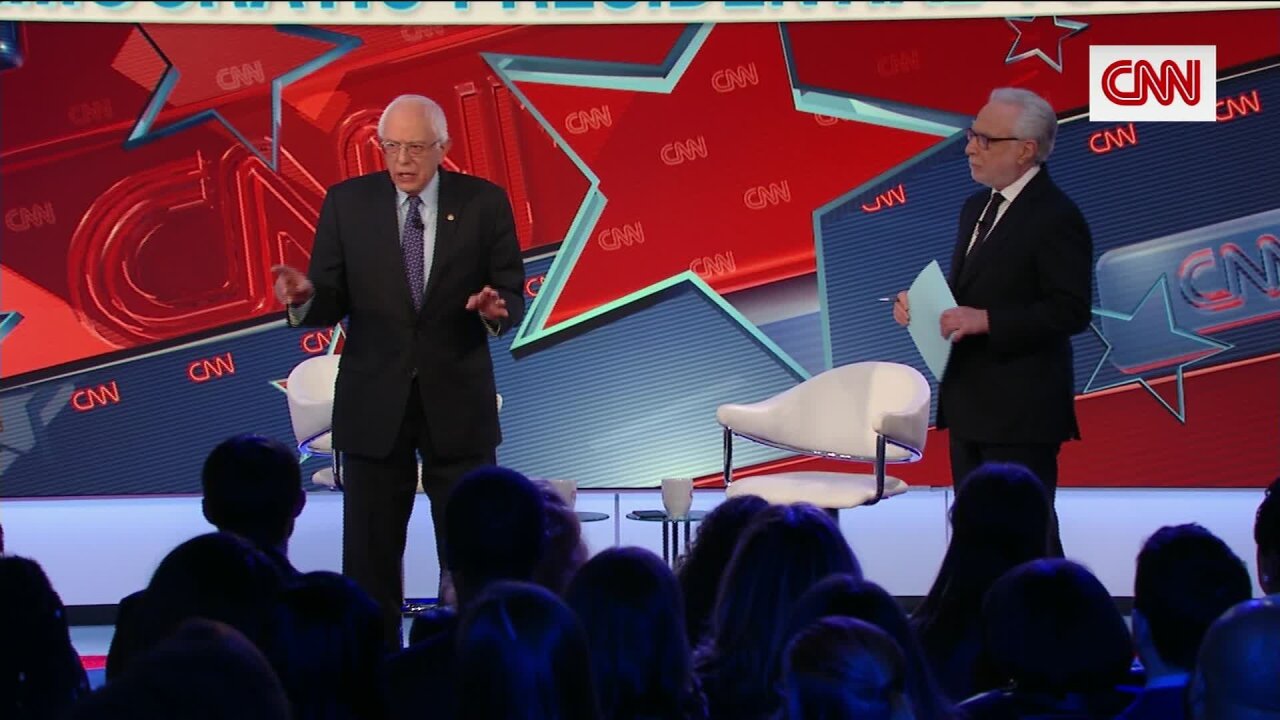 “It’s fair to say the last election was undemocratic, but there are still democratic operations taking place in that country,” Sanders told an audience at a CNN town hall in Washington after being asked by CNN’s Wolf Blitzer why he wouldn’t use the term to describe Maduro. “What I am calling for right now is internationally supervised free elections.”

The answer came the same night news broke that journalist Jorge Ramos, an American citizen, and his crew had been detained by Maduro while interviewing the Venezuelan leader in Caracas. According to Univision, Ramos and the crew were “arbitrarily detained” at Maduro’s direction because the besieged leader “didn’t like the questions.” Ramos and his team were released later Monday night.

Venezuela is in a state of upheaval after opposition leader Juan Guaido was named president of the National Assembly and then, weeks later, declared himself acting president in a dramatic swearing-in before throngs in Caracas. The White House and other Western countries have since recognized him as the legitimate leader of Venezuela — despite Maduro’s grip on the military and other institutions.

Maduro’s re-election in May 2018, which Sanders labeled “undemocratic,” was boycotted by many eligible voters.

Venezuela holds the world’s largest supply of crude oil, which once seemed to guarantee an endless flow of cash for the government. But plummeting oil prices in 2016 triggered an economic implosion that continues today. The oil-dependent country lapsed into political turmoil and economic misery, including hyperinflation and massive shortages of food and other necessities.

Sanders has in the run-up to his second presidential campaign sought to map out a progressive foreign policy to compete with the conventional wisdom leaning toward intervention that has been supported by elected leaders from both parties.

“We need an international movement that mobilizes behind a vision of shared prosperity, security and dignity for all people, and that addresses the massive global inequality that exists, not only in wealth but in political power,” Sanders said in an October 2018 speech at the Johns Hopkins University School of Advanced International Studies.

Those remarks echoed his message at Westminster College a year earlier, when he called on the US to “seek partnerships not just between governments, but between peoples. A sensible and effective foreign policy recognizes that our safety and welfare is bound up with the safety and welfare of others around the world.”

But his attempts to fashion a new foreign policy standard have run into criticism from both conservatives and some on the political left.

“The people of Venezuela are enduring a serious humanitarian crisis,” Sanders tweeted this weekend. “The Maduro government must put the needs of its people first, allow humanitarian aid into the country, and refrain from violence against protesters.”

His call to allow the aid through worried activists on the left, many of whom view the border impasse as the pretext for violent conflict. Sanders’ top foreign policy adviser, Matt Duss, has accused President Donald Trump of using the turmoil in Venezuela to garner support for more aggressive measures.

“Strongly support the provision of humanitarian aid to Venezuela,” Duss tweeted, “but crucial to recognize how Trump admin is using aid as a political tool to provoke unrest. This is dangerous.”

“I’m old enough to remember the war in Vietnam,” Sanders said, before ticking off past American political interference in Central and South America. “I am very fearful of the United States continuing to do what it has done in past — the United States overthrew a democratically elected government in Chile, and in Brazil, and in Guatemala.”

He then compared the “despotic regime” in Saudi Arabia with the leadership in Venezuela and said the US should do all it could to foster a “democratic climate.”

“But I do not believe,” he added, “in US military intervention in those countries.”