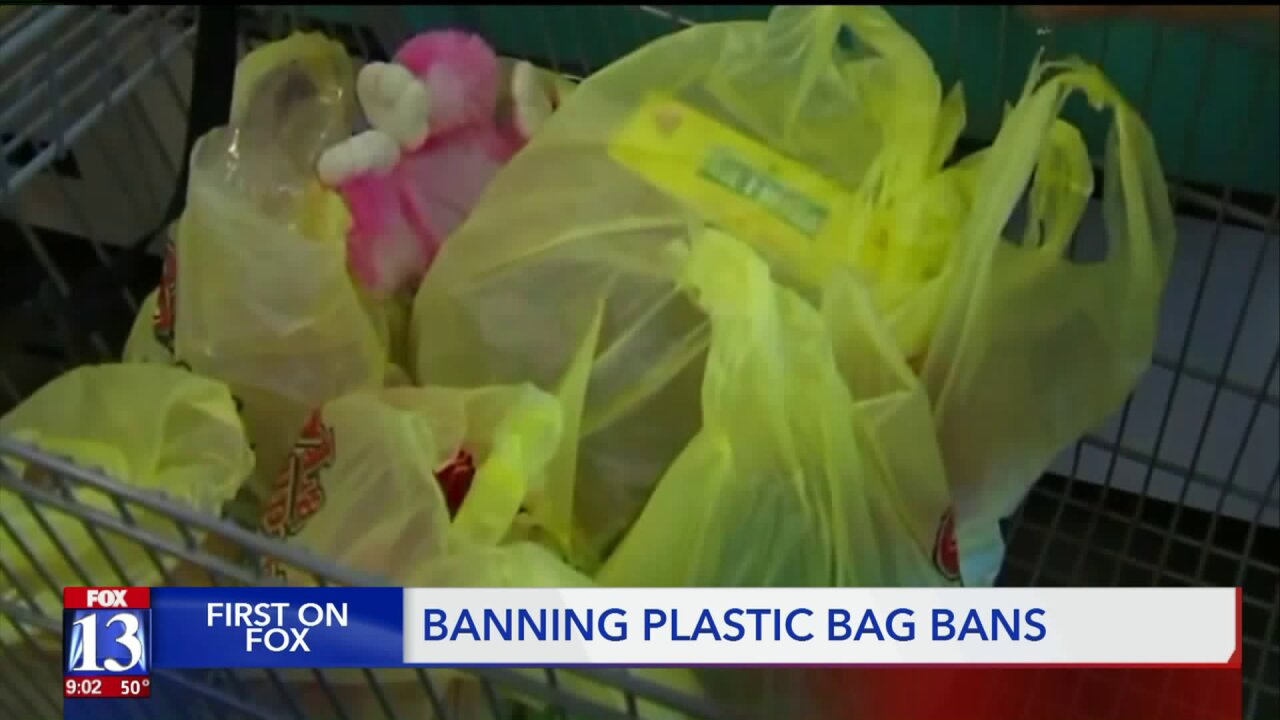 SALT LAKE CITY — A bill that would prevent local governments from banning plastic bags and other containers, passed through the House Natural Resources, Agriculture and Environment Committee Monday.

By a 6-4 vote, the legislation heads to the House floor with a favorable recommendation.  It prevents cities and counties from regulating auxiliary containers or imposing mandatory fees on those items whether they are made from plastic, paper or other materials.

The bill’s sponsor, Rep. Mike McKell (R-Spanish Fork), believes the bill is necessary to create uniformity across the state.

“I think we have had a good discussion.  I think this is much broader than plastic bags,” McKell said.

Currently, Park City and Moab ban retailers from distributing single-use plastic containers.  Those in favor of the bill believe differing regulations are bad for businesses that operate in several cities.

“For our retailers, it does present a challenge when every community is doing their own thing,” said Dave Davis, president of the Utah Retail Merchants Association.  “If you want to regulate plastic bags, do it consistently across the state.”

But those who oppose the legislation, believe it represents a power grab by the state government.

“This bill is an example of state override of an issue voted in at a municipal level,” Tom Metcalf said as he addressed the committee.

Environmentalists argue it does nothing to solve the issue of pollution.

“It wasn’t consistency as in, we want to move in the direction of a statewide ban on plastics.  It was just, we want to keep the status quo of polluting our landfills,” said Darin Mann of SLC Air Protectors.

An amendment that would allow Park City and Moab to keep their existing bans was tabled.