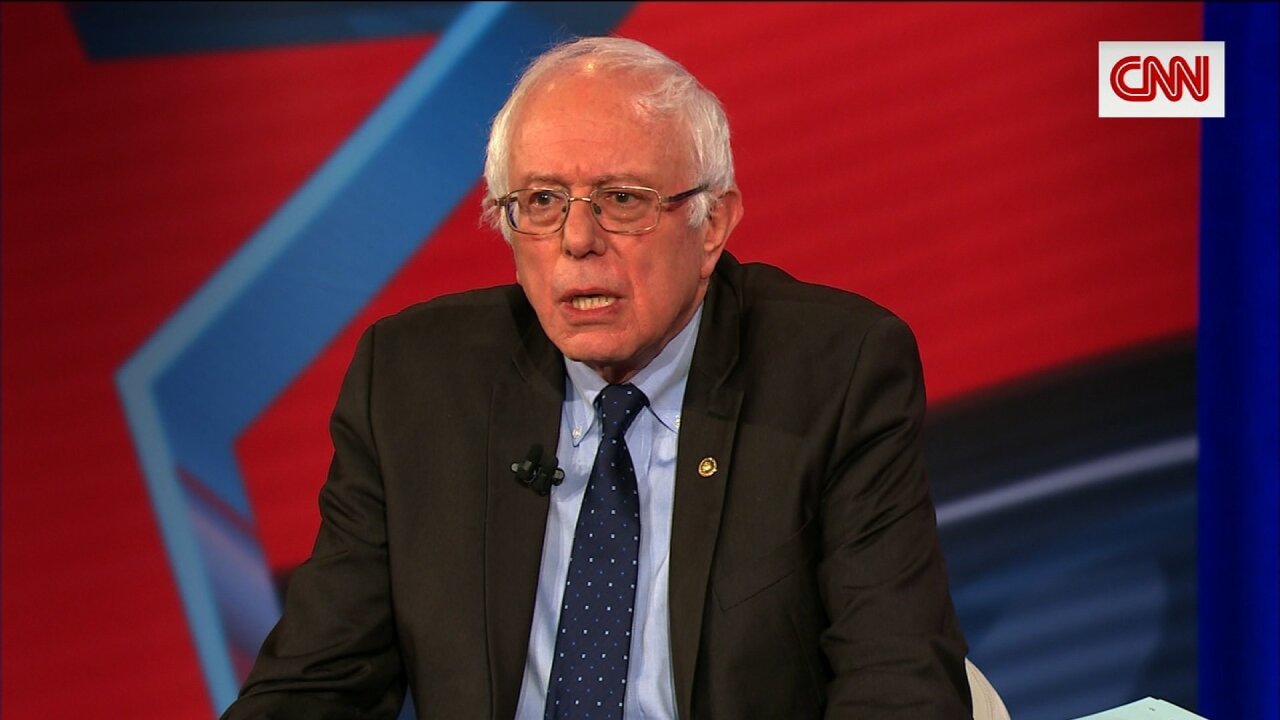 (CNN) — Democratic presidential candidate Sen. Bernie Sanders said Monday that climate change is an existential crisis that will impact generations to come and advocated for a complete overhaul of the US energy system away from fossil fuel.

“This, to me, is an existential crisis that impacts not just you and me and our generation but our kids and our grandchildren, and we must accept the moral responsibility of leaving these kids, future generations, a planet that is healthy and habitable,” Sanders said at a CNN town hall in Washington moderated by Wolf Blitzer.

The Vermont independent, who announced his 2020 candidacy last week, called climate change a human rights issue and said the US will have to steer its energy system away from fossil fuel toward “energy efficiency and sustainable energy,” adding that “the good news is that we know how to do that.”

The senator’s comments come weeks after congressional Democrats unveiled their Green New Deal proposal, a loose framework for a sweeping climate change and economic overhaul. Sanders, along with several other candidates for President in 2020, is a cosponsor of the resolution. Climate change has taken hold as a central issue heading into the Democratic presidential primary.

“It is really a disgrace and an embarrassment that we have a President who rejects science, who does not even understand that climate change is real and caused by human activity, who does not understand what this planet will look like in years to come if we do not go forward boldly and transform our energy system away from fossil fuel,” Sanders said.

The senator said that a couple of years ago he was asked what the major national security issue facing the US was, and “I said climate change, and people laughed. Wasn’t that funny? Well, people are not laughing now.”

“I will do everything I can,” Sanders said, “to have the United States lead the rest of the world. We can’t do it alone, but we can bring India and China and Russia, countries all over the world, together in the fight to transform our energy system and save this planet.”