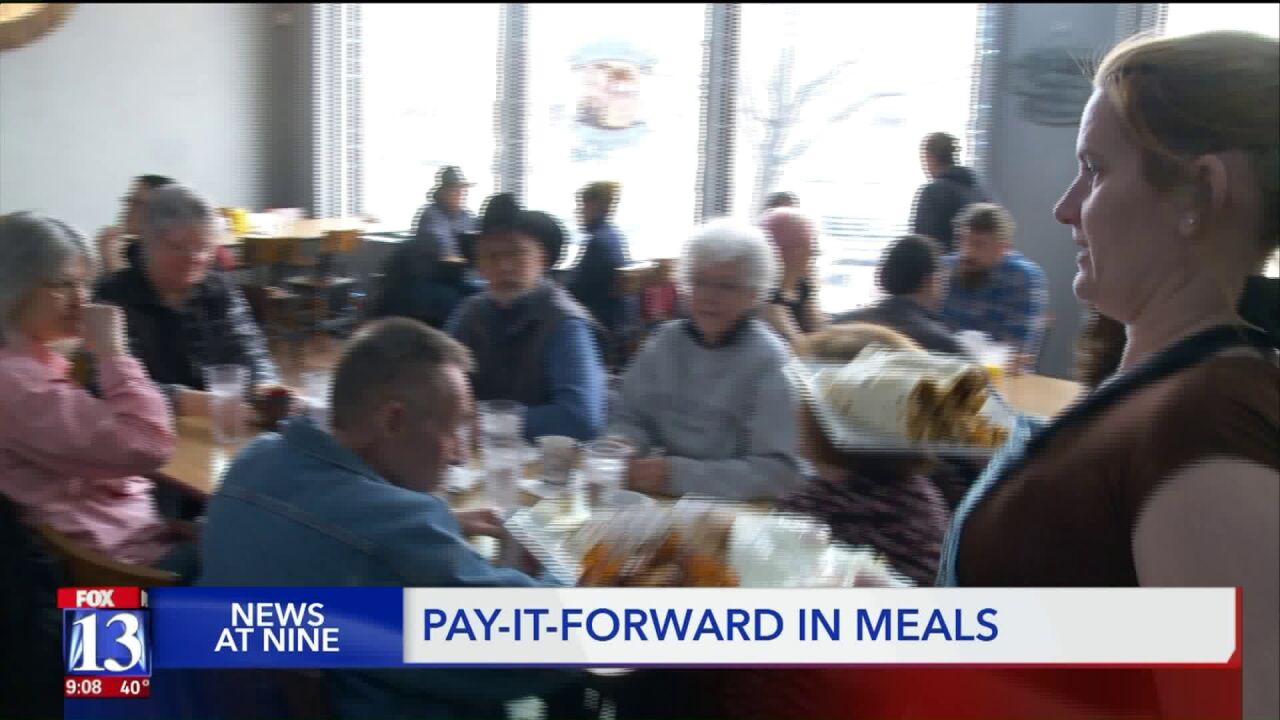 OGDEN, Utah – You’ve probably heard about a time or two, “paying it forward.” It’s when someone does something nice for you but instead of paying them back you pass the favor onto the next person.

Jessie Jean’s on Historic 25th Street in Ogden is putting their own twist on the classic expression with the “Pay it Forward Meal,” a new menu item with a simple concept…

Need a meal? Get one! Have extra to give? Provide one for someone else!

Order after order Sunday morning, the sound of the ding from the kitchen bell rang throughout the restaurant. It’s a small space, but it’s full of big-hearted people.

“We’re just a family that likes to cook and likes to give back and that’s all there is to it!” said co-owner Anna Davidson.

For the last couple of weeks, the folks at Jessie Jean’s have been giving back one grease-spotted, golden ticket at a time – known as, the Pay it Forward Meal.

“These tickets pop up back here and they say, ‘Pay it Forward’ right on it and we just hang them up,” explained Davidson looking at the row of tickets taped above the kitchen window.

“That gives them any meal,” she continued.

The small white pieces of paper act as a meal voucher for anyone who needs one. Customers can come in and ask for a ‘Pay it Forward Meal.’ No questions asked Jessie Jean’s will pull down one of the stubs and make the meal of their choosing.

“There’s no shame and it’s not just homeless people, it’s the people who are living paycheck-to-paycheck who really want to go out and have a meal, but they can’t,” Davidson said.

The meals are paid for by other customers who want to give a helping hand.

“I bought three of them because it made sense to me and just to feed somebody what a difference that makes,” said Jessie Jean’s regular, Douglas Ryan.

“It makes me proud to know that I have such good human beings around me,” she added.

All to spread love, acceptance and change, one home-cooked meal at a time.

“Hopefully, if I touch one person a day that touches someone else, we can change where we’ve been,” said Davidson.

“When you see people like this, that go out of their way to help people, it stirs something in your heart and it opens your mind up and it makes you think, ‘What can I do?’” Ryan said.

Customers can purchase a ‘Pay it Forward Meal’ at Jessie Jean’s for $10.95.