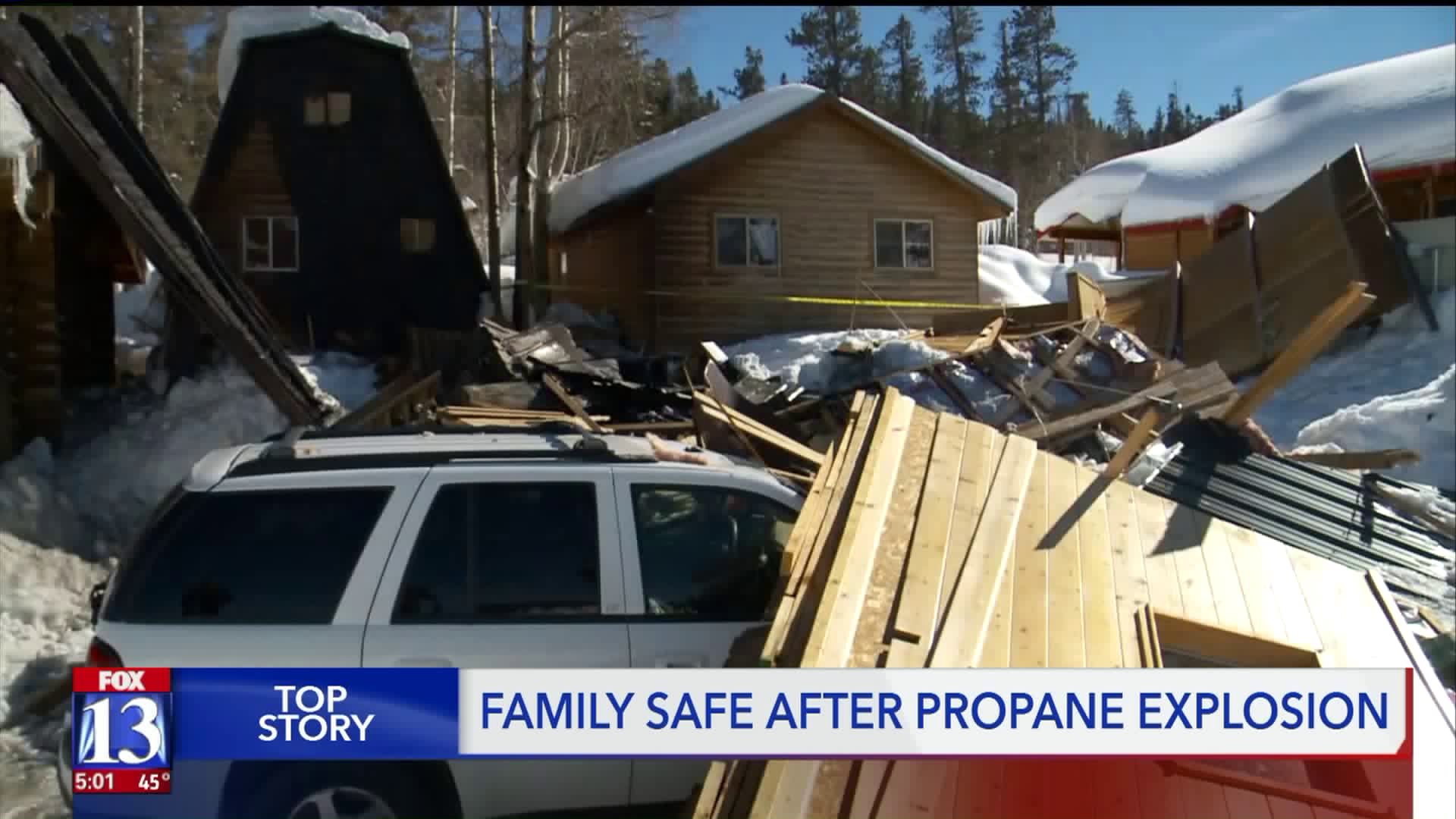 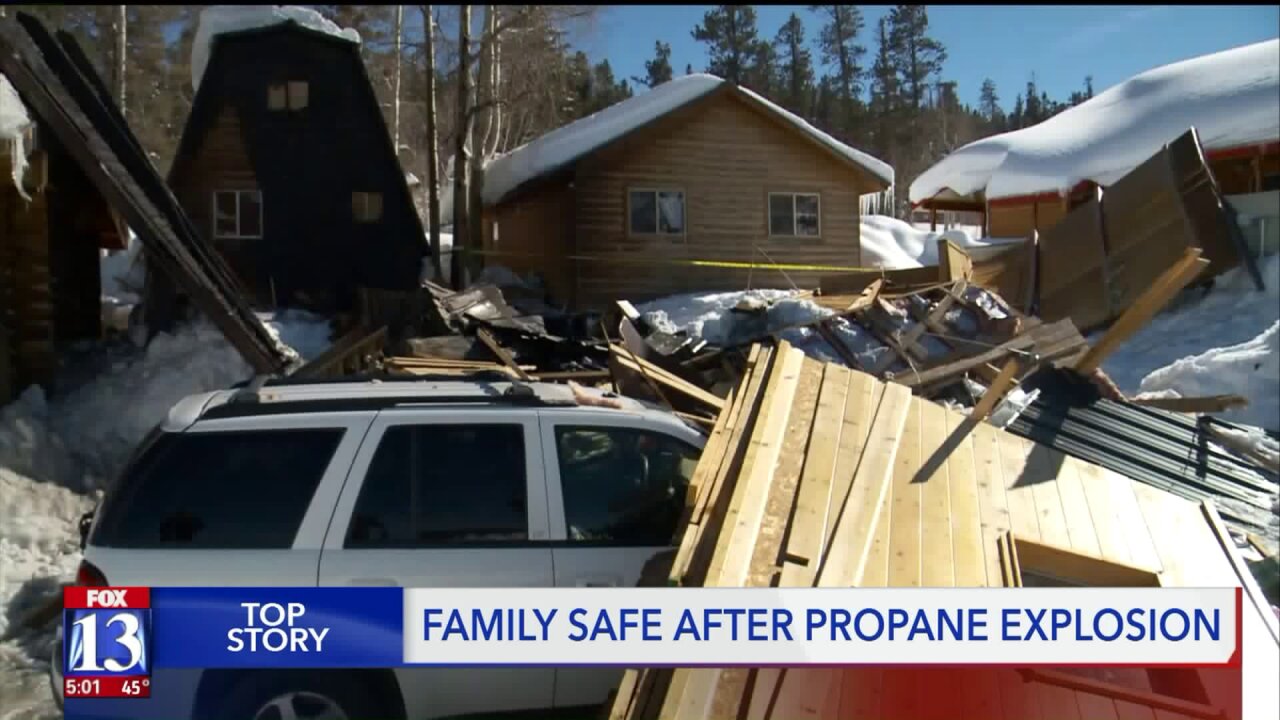 KANE COUNTY, Utah - Four people were injured after the radiator of a building malfunctioned near Duck Creek Village early Sunday morning, which caused an explosion.

Fire Chief Casey Tuttle with the Cedar Mountain Fire Protection District said four people, including one child, were inside the building attempting to light a pilot light connected to the radiator.

Tuttle said due to cold temperatures and the amount of snow against the pilot of the radiator, the amount of propane gas being generated from that caused the explosion.

Noelle Carroll posted this video of the scene to Fox 13's Facebook page:

The roof of the building was blown off during the explosion and caused shrapnel, glass and other debris to fly about 80 yards in all directions, according to Chief Tuttle.

All four people were taken to the hospital by medical helicopter and are expected to be okay.