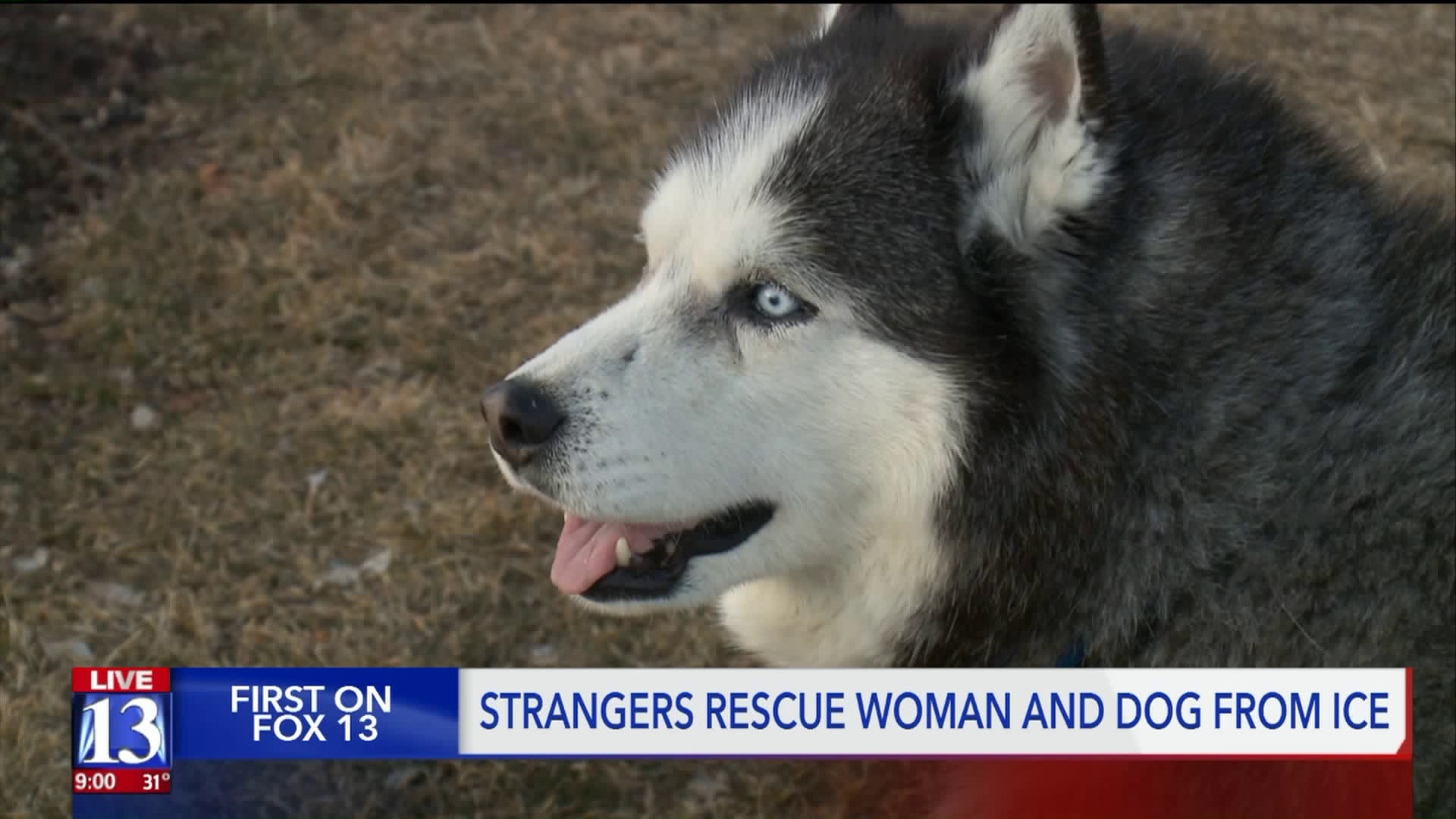 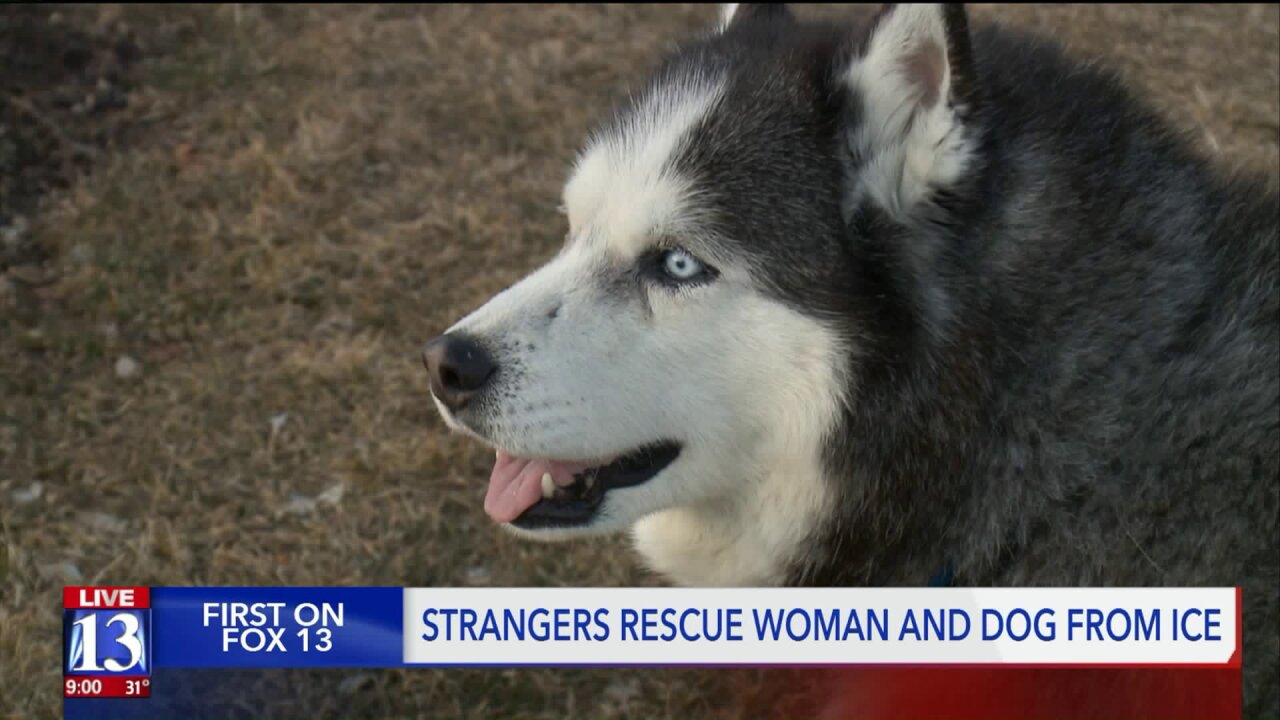 HERRIMAN, Utah – A Utah woman is looking for two strangers who saved her and her dog’s lives after they fell through thin ice at a neighborhood pond.

“After several minutes, she didn’t come back,” said Shawna Richardson as she described she and her dog’s Thursday night walk.

With leash in hand, Shawna Richardson recounted the moments she thought she would lose her dog, Haven, forever.

“I came around this corner,” Shawna said pointing to the trees near Cove Pond in Herriman.

“She [Haven] was just treading water and her eyes were gigantic,” said Shawna.

She and her husky were out for a walk Thursday night -- Haven spotted some ducks, so Shawna dropped the leash, so she could play. Haven didn’t come back.

“I saw her in the pond,” described Shawna. “I totally panicked.”

Shawna went after her.

“It wasn’t really a decision, it was more of a reaction,” she said.

Shawna went out onto the ice and “got close enough to where I could grab her collar.”

“Right then the ice broke and I fell into the water with her,” Shawna said.

It was just 24 degrees outside, hypothermia started setting in within minutes.

“It just takes your breath away… your brain kind of gets sluggish” described Shawna.

Shawna tried to get Haven onto the ice, but she couldn’t. As her motor skills started to decline, the two were stuck swimming in the middle of the pond.

“I looked around and I don’t remember seeing anybody, the guy literally appeared like out of nowhere,” Shawna said.

While Shawna and Haven were stuck, wading in the water, a man wearing earbuds had spotted them and came to their rescue.

“It’s the only thing I remember about him is he had earbuds in,” she said.

“I told him my name was Shawna and he was like, ‘You’re almost here Shawna! You’re doing such a good job! Keep coming, keep coming! You can do it!’ and I just homed in on his voice and did whatever he told me to do,” Shawna said.

The mystery man pulled Shawna and Haven from the icy pond.

“I’m not sure I would have made it out,” said Shawna.

At that same time a woman pulled her car up near the pond, the man loaded Shawna and her dog into the backseat.

“He got both of us in the car and asked the lady if she could get me home and then he was gone,” said Shawna.

Disoriented and freezing cold, Shawna said it was all a blur.

We were soaking wet, I had on my coat, my winter boots, two layers of clothes,” said Shawna.

Now safe (and dry) with Haven by her side, Shawna’s mission is to find her rescuers.

“I really wanted to thank these strangers that helped me,” she said. “I didn’t get to thank them in person the night it happened.”