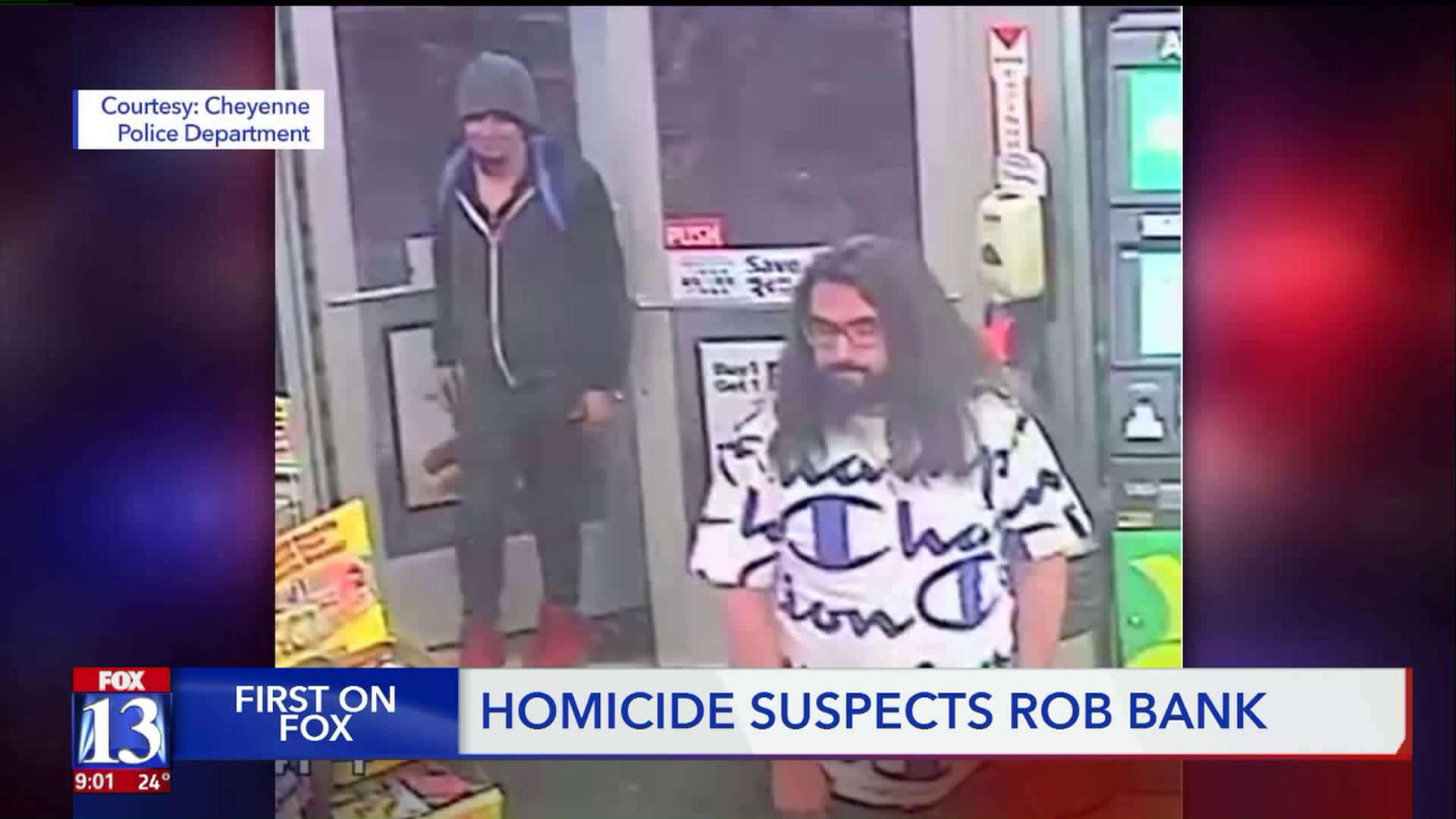 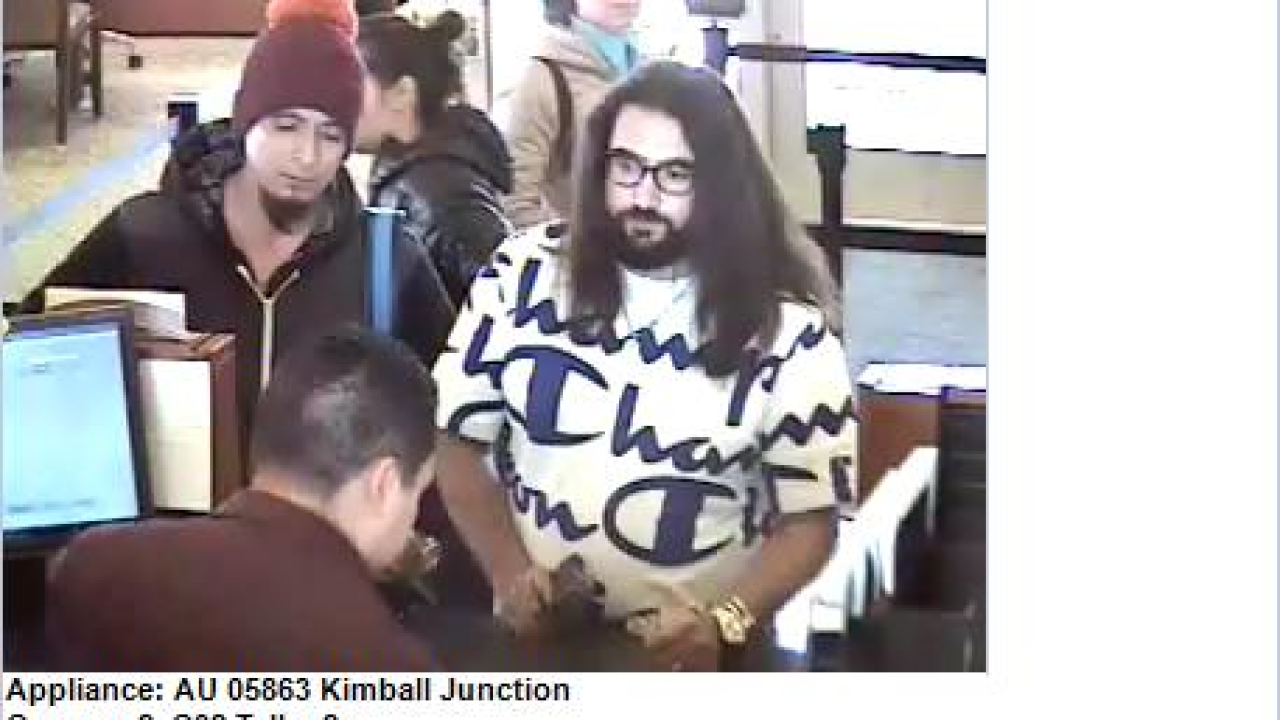 “We need to get these people off the streets,” said Sgt. Kacey Bates with the Summit County Sheriff’s Office.  “We want these people to be captured.

Bates said two men entered the Wells Fargo around 10 a.m. Friday. Surveillance images show one of the suspects pointing a gun at a bank teller.  They got away with an unknown amount of cash.

Security cameras showed the suspects in a black Cadillac.

In a press release, police in Denver said the same suspects were involved in an early morning carjacking.

They are accused of stealing a Cadillac and shooting and killing the driver just before 2 a.m.

Nobody was hurt in the Cheyenne or Kimball Junction incidents.

Police believe a woman is with the two suspects, but her involvement isn’t clear.

Over the span of about eight hours, the suspects are accused of three violent crimes in three different states.

“We are not aware of any direction of travel,” Bates said.

It’s believed the suspects are driving the stolen 2015 Cadillac CTS with Colorado license plate number 208 - QON.  Police say they are armed and dangerous.  They want the public to be aware so these suspects can’t strike again.

The FBI is involved in the investigation.