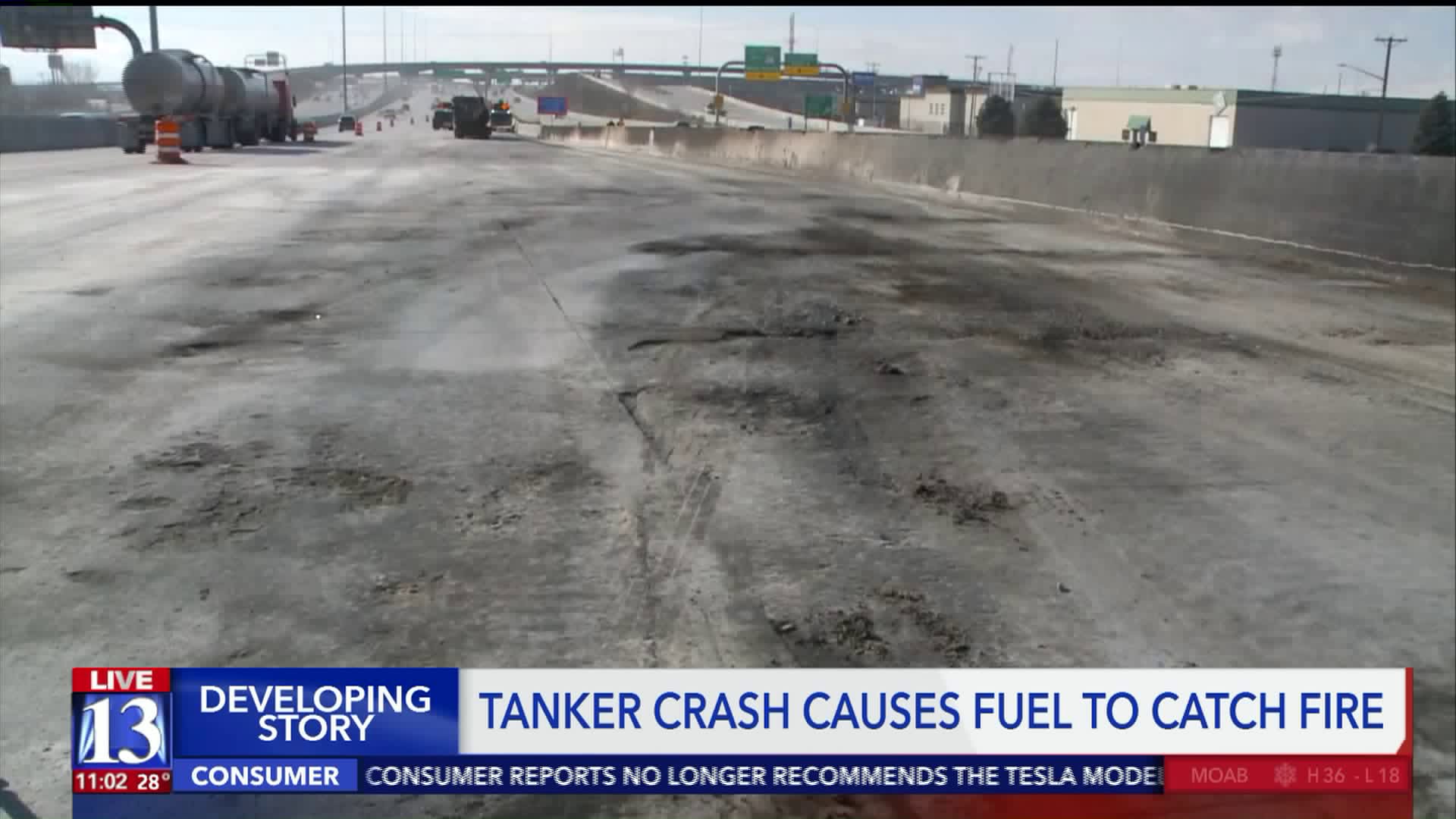 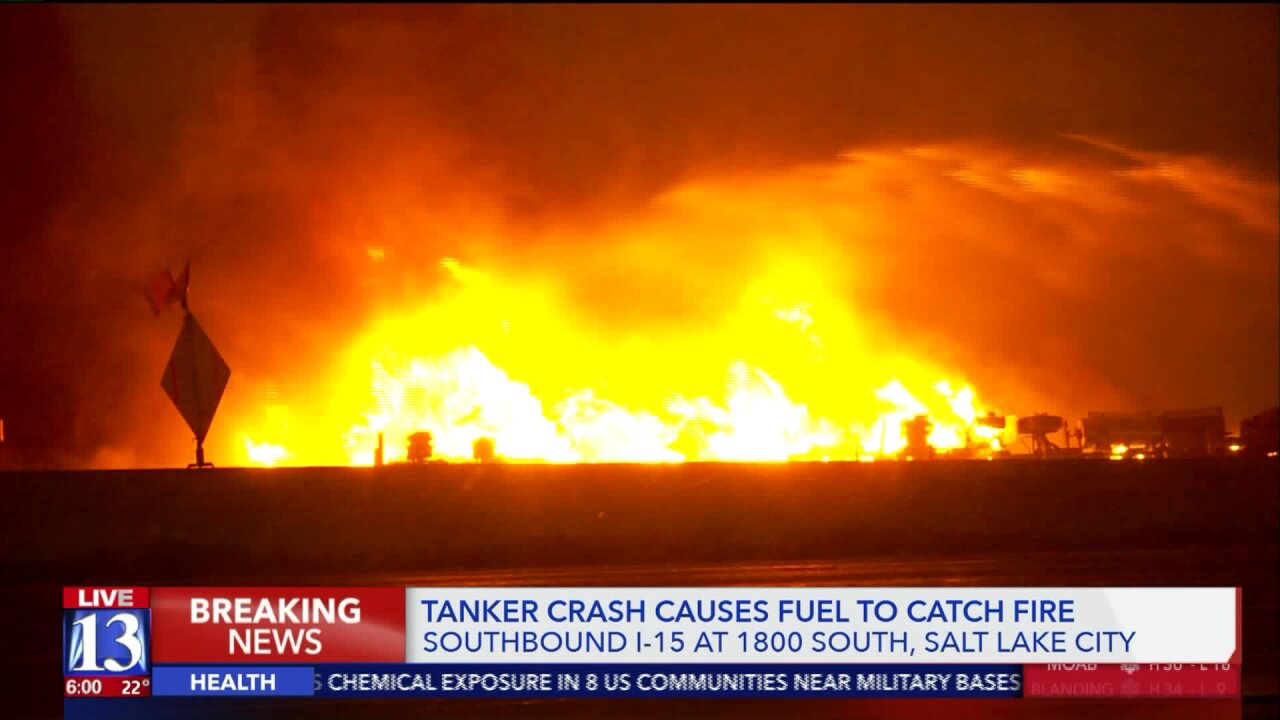 SALT LAKE CITY - The Utah Department of Transportation will need to repair more than 300 feet of concrete and assess damage to a drainage system after a tanker fire and explosion injured two people on I-15 Friday morning.

Southbound I-15 was closed for several hours at 1900 South after a tanker crashed into car, resulting in a massive fire. The crash occurred just after 1 a.m.

By shortly after 10 a.m., four lanes were open again in the area but the remaining lane is expected to be closed until later Friday.

Utah Highway Patrol said the crash is still under investigation, but they believe drowsy driving was a likely factor. The driver of a sedan apparently drifted from his or her lane, collided with a barrier and then moved into the path of the semi.

The tanker rolled after the impact and spilled thousands of gallons of fuel on the road. That fuel ignited.

Both drivers suffered only minor injuries.

UDOT Spokesman John Gleason said some of that gas went into a drainage system, where it exploded.

Here’s video of the concrete barrier damaged from the intensity of the tanker fire on I-15 southbound near 1800 S. UDOT crews will replace about 333 feet of burned and damaged barrier. pic.twitter.com/uKeIRoSDEp

Gleason said crews will need to repair between 12 and 13 concrete panels and replace about 333 feet of concrete barrier. The damage to the drainage system is also being assessed.

Crews will apply a temporary patch to the burned road Friday. UDOT said they can't put in a more permanent fix until the weather warms up again in a few weeks.

"There's a lot of different crews that are working as quickly and as safely as they can to get this all cleaned up and get traffic open again," Gleason said. "It really is a gigantic effort to have this all come together."

I just learned that our UDOT crews must repair 12 to 13 concrete panels, and replace 333 feet of concrete barrier. We will also assess damage to the drainage system caused by an explosion when gas from the tanker leaked into the pipes. pic.twitter.com/QG8BtE9q2x