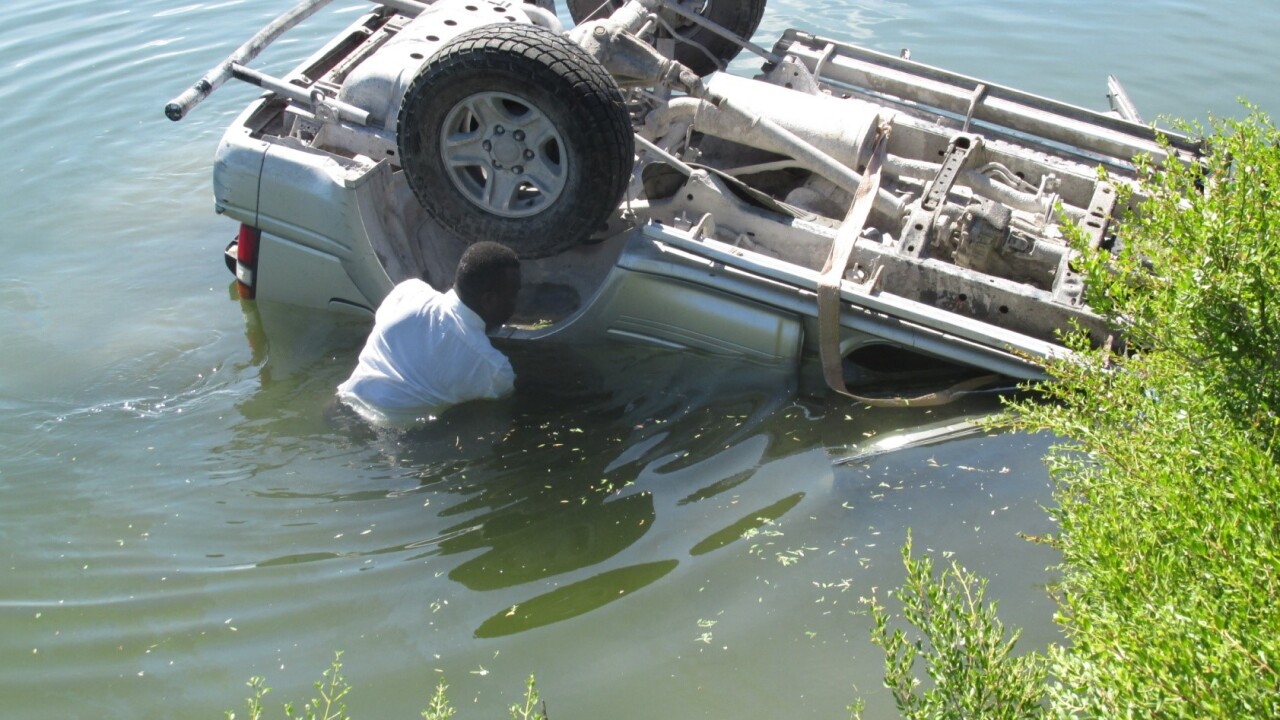 TARAWA, Kiribati — Two missionaries with The Church of Jesus Christ of Latter-day Saints saved the lives of four men whose car crashed into a lake in the Pacific island nation of Kiribati, according to a news release from the church.

Elders Ulas and Patane were riding their bikes on the island of Tarawa when an approaching vehicle suddenly veered off the road and flipped upside-down into the lake, the news release said.

Patane called for an ambulance as Ulas worked to free the four occupants of the mostly-submerged vehicle.

“One of the rear car doors was jammed but fortunately a front door could be opened and Elder Ulas was able to pull all four men out one at a time to the safety of the lake bank,” the news release said. “By the time the fourth man was pulled out of the submerged vehicle, the other three men had run away. However, the driver had sustained serious injuries and was bleeding.

Ulas used a piece of the broken windshield to cut off the shoulder straps of his backpack, which he used to make a tourniquet to slow the driver’s blood loss.

An ambulance arrived at the scene after several phone calls and a long wait.

“The injured driver thanked the missionaries for their selfless and brave action and commented that members of The Church of Jesus Christ of Latter-day Saints ‘really live what they preach.'” the news release said.