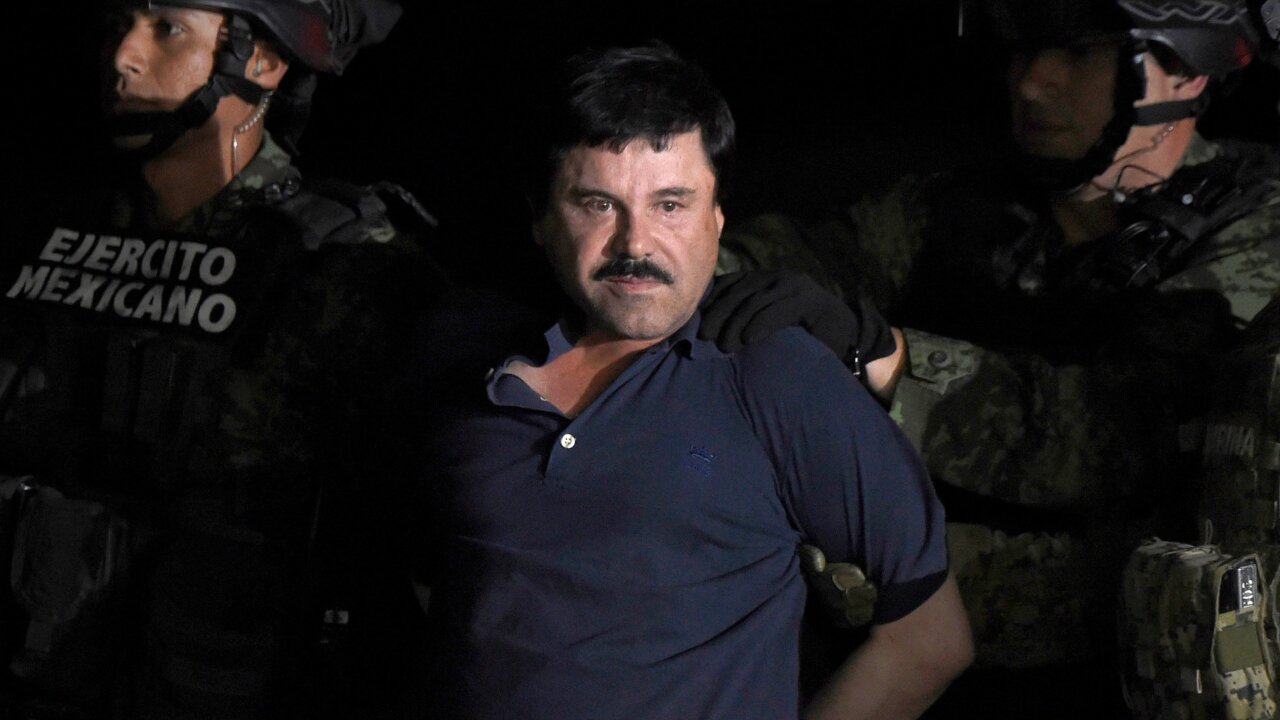 Attorneys for Joaquin “El Chapo” Guzmán will seek a new trial after a report that jurors at the kingpin’s drug conspiracy trial engaged in misconduct by following media coverage during the months-long proceedings. Full credit: Alfredo Estrella/AFP/Getty Images

(CNN) — Attorneys for Joaquin “El Chapo” Guzmán will seek a new trial after a report that jurors at the kingpin’s drug conspiracy trial engaged in misconduct by following media coverage during the months-long proceedings.

The head of Mexico’s murderous Sinaloa drug cartel was found guilty earlier this month of all 10 federal criminal counts against him, including a charge of engaging in a continuing criminal enterprise that carries a mandatory term of life in prison.

Attorney Eduardo Balarezo in a letter Friday informed US District Judge Brian Cogan of the defense team’s intention to file a motion for a new trial. He cited a Vice News report this week that quoted a unnamed juror who said several panel members followed media accounts despite the judge’s instructions to “stay away” from coverage. CNN has not confirmed the Vice reporting.

“Mr. Guzmán intends to file motion for a new trial based on the disclosures in the article and to request an evidentiary hearing to determine the extent of the misconduct,” Balarezo wrote.

Later Friday, Judge Cogan granted Balarezo’s request for an extension to file a motion for a new trial. The defense team has until March 28 to file the motion, the judge ordered.

The partially sequestered and anonymous jury of eight women and four men deliberated roughly 34 hours over six days. For 2½ months, they sat through 200 hours of testimony from 56 prosecution witnesses. Only one witness testified for the defense.

After confirming the verdicts with each juror, Cogan told them their conduct on the panel “made me very proud to be an American.”

Balarezo said in a statement, “If it is true that many of the jurors were following media reports, had access to information they shouldn’t have had, what should happen is that we get a new trial, because Joaquin did not get a fair trial.”

The defense has asked Cogan for 30 days to prepare its motion for a new trial.

Guzmán, 61, was convicted of 10 counts, including engaging in a continuing criminal enterprise, conspiracy to launder narcotics proceeds, international distribution of cocaine, heroin, marijuana and other drugs, and use of firearms.

He faces a mandatory life sentence without the possibility of parole for leading a continuing criminal enterprise, and a sentence of up to life imprisonment on the remaining drug counts.