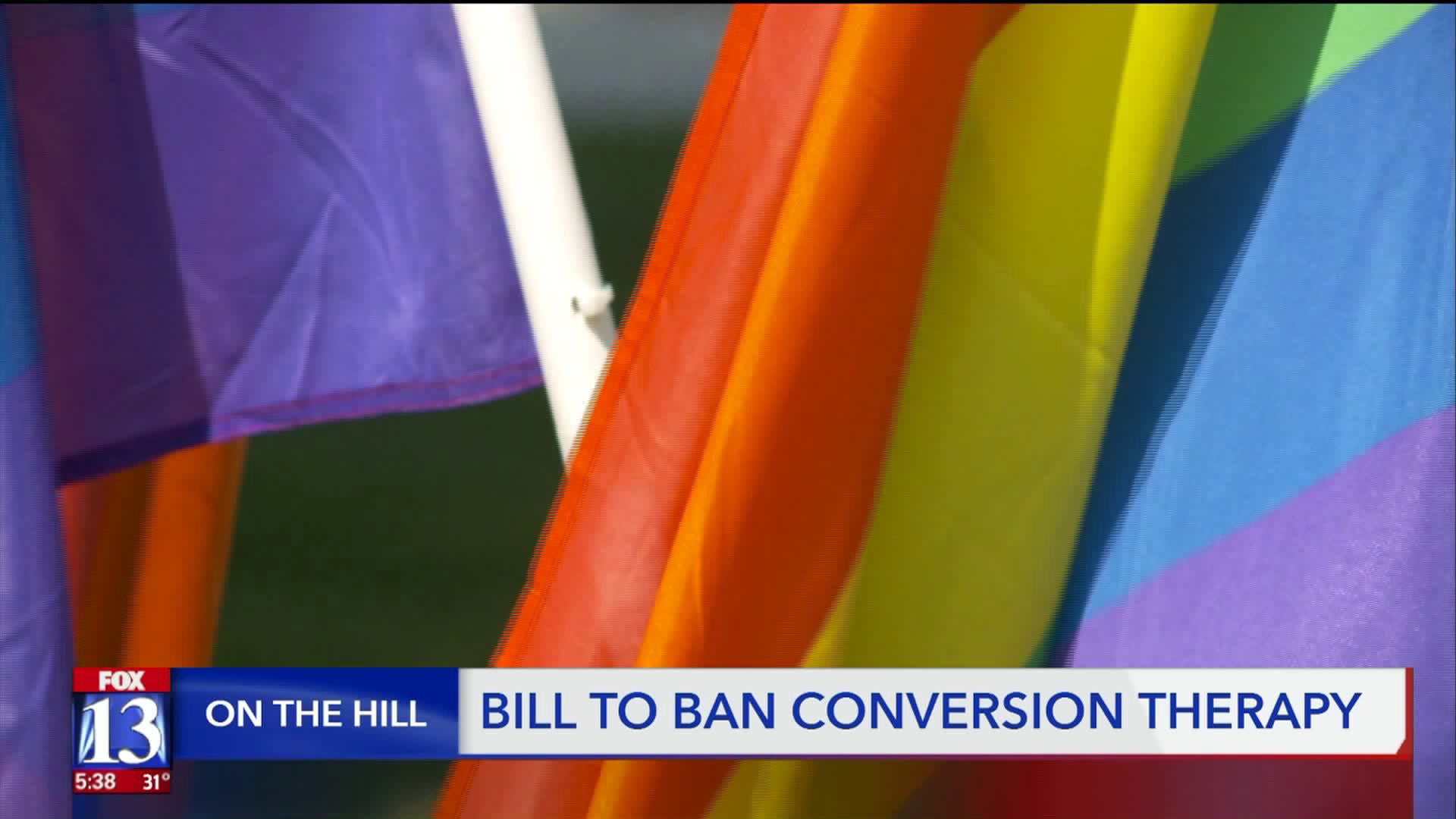 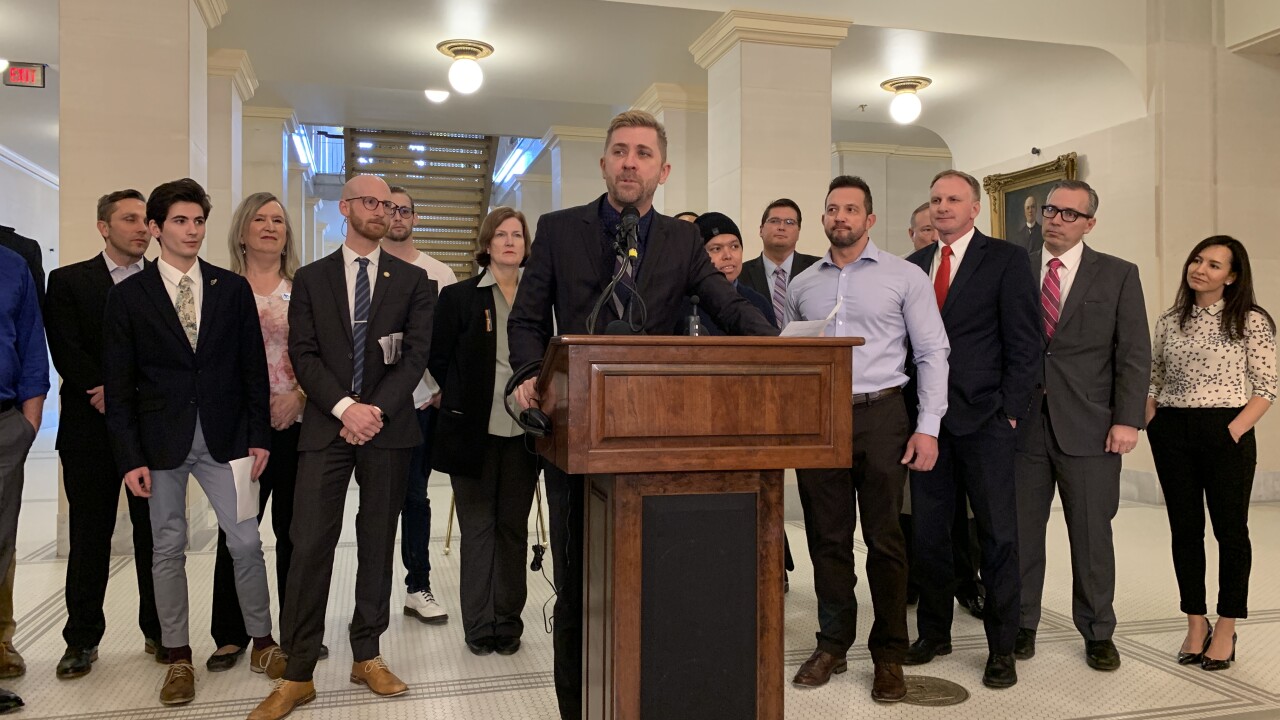 SALT LAKE CITY -- A bill banning conversion therapy of LGBTQ children has been unveiled in the Utah State Legislature.

House Bill 399, sponsored by Rep. Craig Hall, R-West Valley City, and Sen. Dan McCay, R-Riverton, was introduced on Thursday at a news conference on Capitol Hill. It was backed by Republican and Democratic lawmakers, suicide prevention advocates and survivors of conversion therapy.

"The therapy that was supposed to be changing my sexuality made me spiral deeper into depression and anxiety and shame about who I am," said Nathan Dalley, who said he underwent efforts to change his sexual orientation through a therapist a few years ago. "It does not work today, nor has it ever worked."

Conversion therapy or reparative therapy as it's also known, is efforts to get someone to change their sexual orientation or gender identity. Practices range from electroshock to being forced to make themselves appear ore masculine or feminine. The practice has been discredited, but still persists in Utah. People who have undergone it often report being referred to it by ecclesiastical leaders.

“The 'he is gay' label wasn’t near as painful as the 'he could change if he tried' label,” said Arturo Fuentes, who also went through a conversion therapy program.

The American Foundation for Suicide Prevention, and its local leader, Taryn Hyatt, called this bill one of the most important pieces of legislation in Utah this year. LGBTQ children already have a higher risk of suicide, but those who undergo conversion therapy have an even higher risk, said Troy Williams, the director of the gay rights group Equality Utah.

“To our LGBTQ community, we see you, we love, and you are perfect just as you are. You don’t need to change,” Hyatt said.

The legislation is modeled after Nevada's. It would ban the practice among licensed therapists. Those who violate the ban could face a state investigation and lose their license. But the bill has exemptions for religions. It would not impact a clergy member who says "I think you should change your sexual orientation," because they have a First Amendment right.

Such exemptions were critical in getting the bill to move forward in the Utah State Legislature. On Wednesday, FOX 13 first reported that The Church of Jesus Christ of Latter-day Saints, a powerful influence on Capitol Hill, said it would not oppose the bill because of the exemptions, which it was consulted on.

“Taking a neutral position on the bill I think will help this bill move forward a lot and I can’t say how grateful I am for the LDS church stepping in,” McKay said.

On Thursday, Equality Utah applauded the LDS Church for its stance.

However, Gayle Ruzicka, President of Utah Eagle Forum, doesn’t believe the government should be interfering with parenting.

“The parents have the right to get therapy for their child for any reason and they shouldn’t say well you can take the child to a therapist for all of these other reasons, but here’s one reason you can’t. That should never happen,” Ruzicka said.

Sen. McCay acknowledged he is not a "prototypical sponsor" of such legislation, but he viewed it as important for Utah's youth who need to understand they are loved and valued.

“My story isn’t unique. I am so fortunate that I’m still here, but as I said, other kids, my friends, they’re not as lucky,” Dalley said.