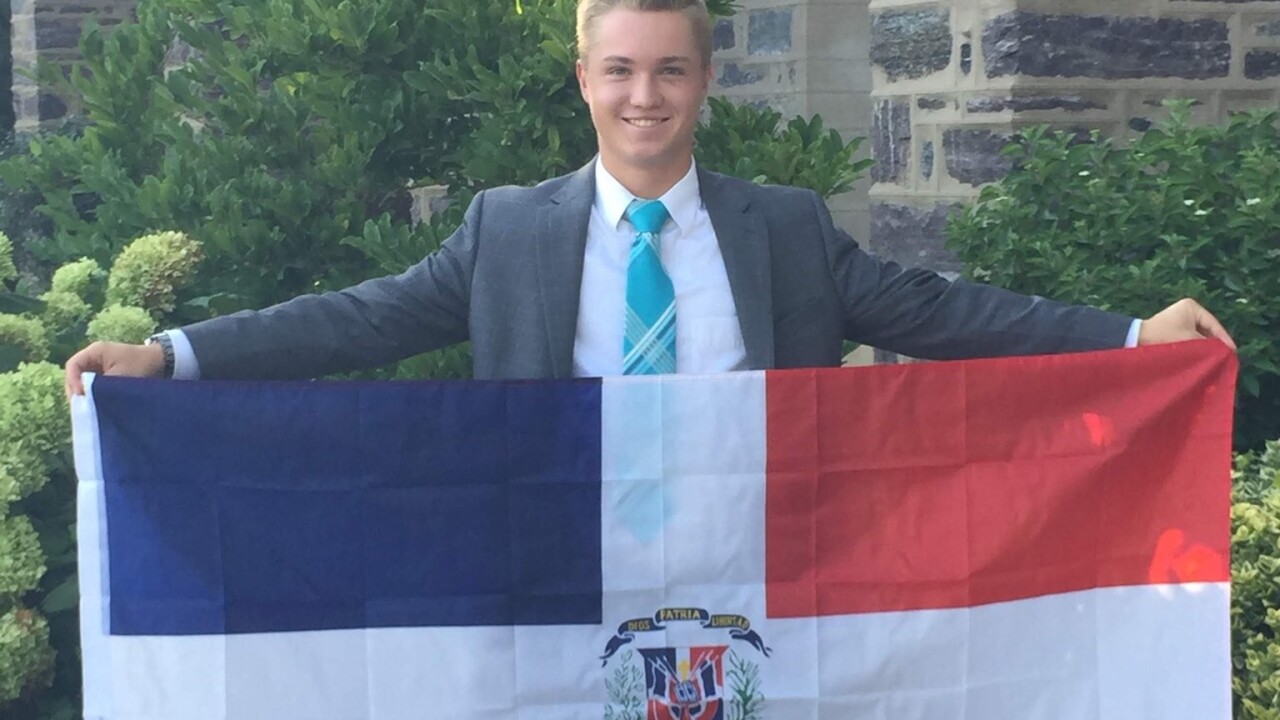 Photo courtesy of The Church of Jesus Christ Latter-day Saints.

HYDE PARK, Utah — Family and friends mourn the death of a young missionary for The Church of Jesus Christ of Latter-day Saints.

Eighteen-year-old Brennan Conrad was from Hyde Park in Cache County.

A church statement announced he died after falling from a roof Wednesday.

Brennan Conrad’s family was able to speak to their youngest son on Monday, days after a change allowing missionaries to have more frequent contact with family members.

“They just expressed how grateful they were to have had that opportunity to speak with him one last time,“ Mario Durrant, Conrad family spokesperson said.

Durrant said the family is finding some solace amid their youngest son’s tragedy. Brennan Conrad was less than six months into his mission in Santo Domingo in the Dominican Republic.

“They talked about how happy he was as he talked to him that day, how much he loved his mission, and how much they meant to him,” Durrant said.

Durrant admitted he hasn’t learned why the young missionary was on top of a building around 10:00 a.m. local time.

“We know there is no guarantee that we will come home when we serve a mission. It speaks a lot to his faith and to his desire to serve the Lord and do what was right,” Durrant said.

Brennan Conrad grew up in Logan and focused on a mission right out of high school. On Facebook, his mother shared his first letters home. The missionary wrote, “I am so glad I’m out here serving the Lord, because it is so sweet!”

The family is asking for prayers as they grieve the loss of their son.