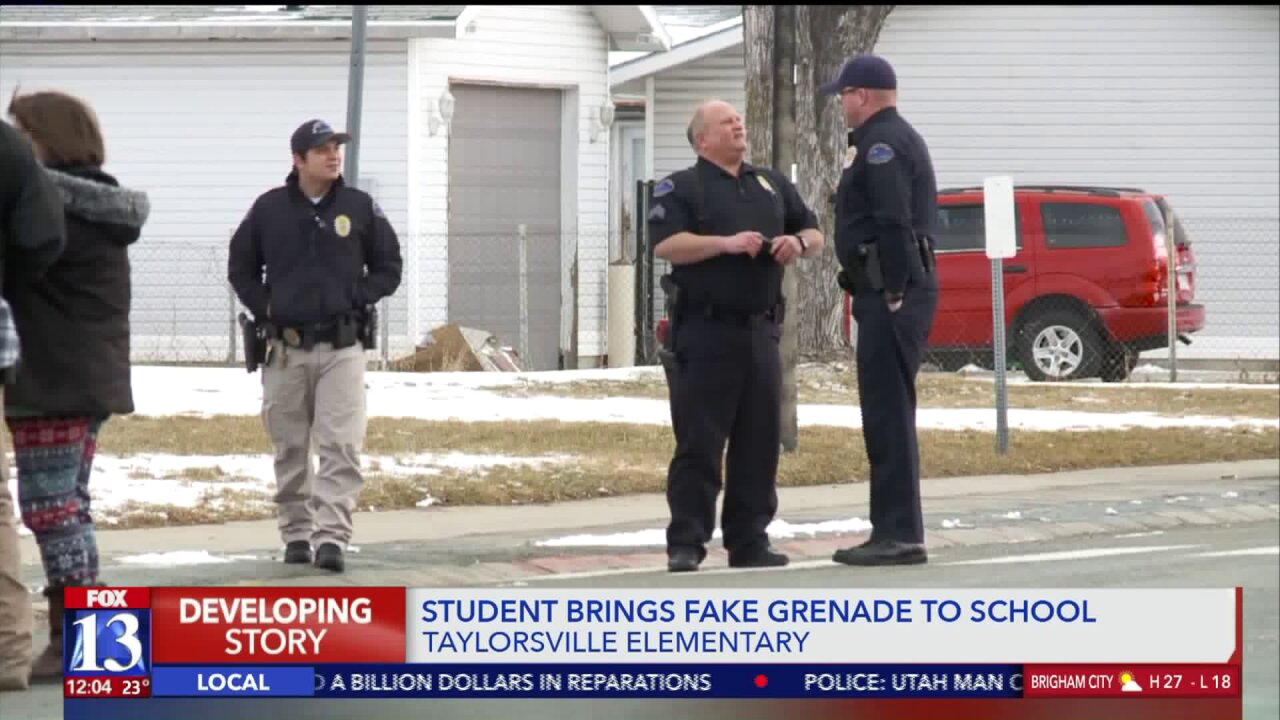 Investigators swept the school to ensure the building was safe before students were allowed to return to their classrooms.

"It's just scary. It's my daughter. All we want is for them to be safe. We send them to school to be safe," said Stephanie Zieglmeir, a parent.

At least one parent excused her first grader for the rest of the day.

Fire officials said the student was showing the fake grenade off to friends, which is how administration became aware of the item.

Students waited across the street as responders cleared the building.