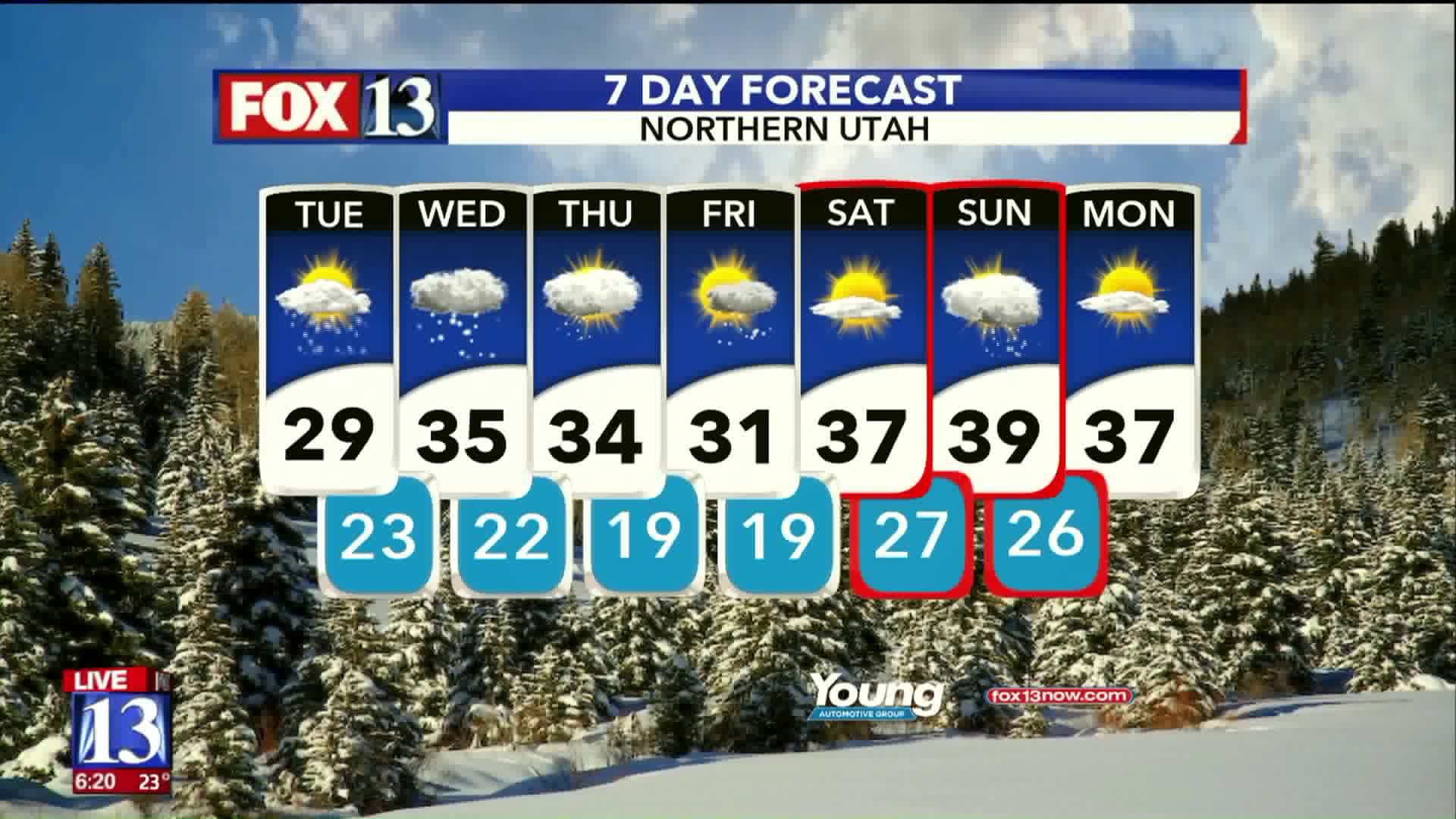 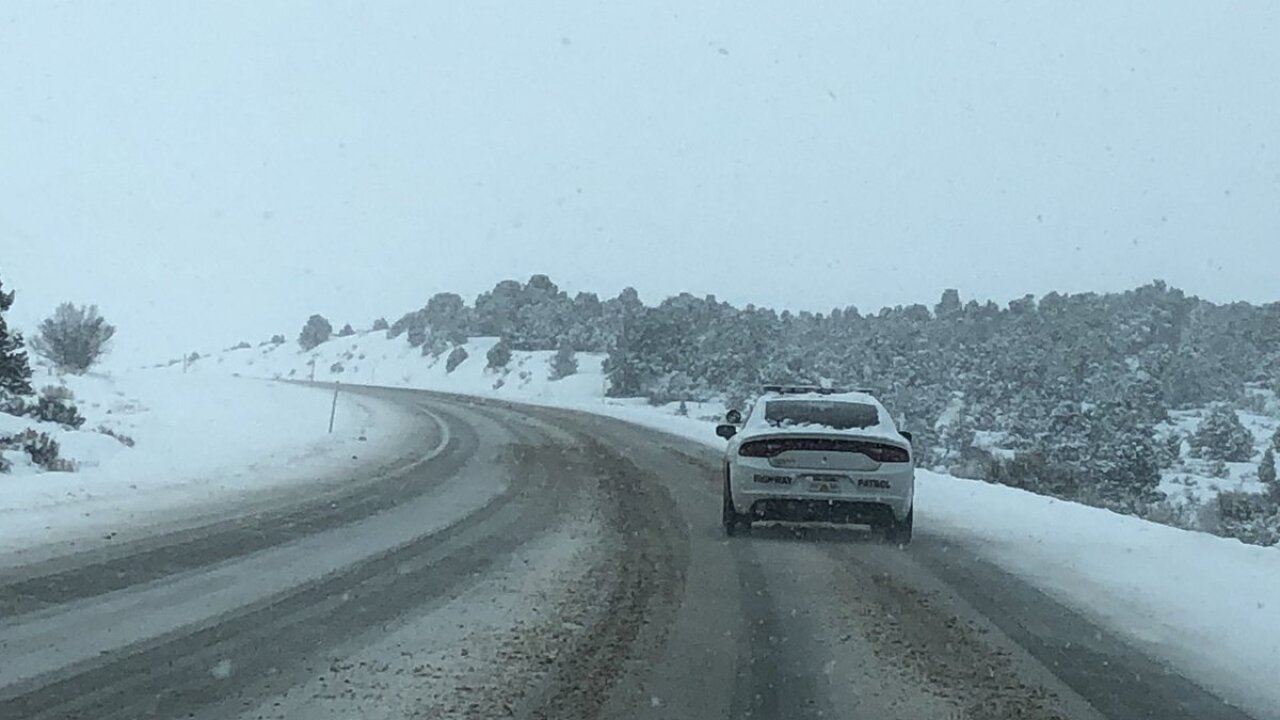 SALT LAKE CITY -- Lake effect snow is falling in some parts of northern Utah Tuesday morning but is expected to clear out as temperatures climb.

Snow is falling in some areas in Salt Lake and Utah counties Tuesday morning. That snow is expected to taper off as temperatures warm up in the afternoon.

A photo courtesy Scott Taylor showed the conditions in Magna shortly before 5 a.m., while the National Weather Service tweeted around 7:30 that roads are likely to be "very slick" in parts of Utah County.

Snow making an appearance through Utah county this morning. Roads will likely be very slick with temperatures in the low 20°s. #utwx pic.twitter.com/PSDfCQKyWK

Some areas could see between 1 and 3 inches of accumulation from that snowfall, and colder than average temperatures are expected in much of Utah.

Tooele Schools reminded parents and students Tuesday morning to be safe while driving and "We respect a parents decision if a student is late/absent due to weather (let the school know if it's excused)."

Parents/students, please be cautious during winter-road conditions. W/teenage-drivers, we ask that you are patient & courteous as they navigate the roads. We respect a parents decision if a student is late/absent due to weather (let the school know if it’s excused). Thanks!

Moab Police say schools in their area remain open, but snow accumulations are significant and citizens should not travel unless necessary.

Overnight snow accumulation in #Moab has been significant. Schools are still open. Crews clearing roads but it will take time. We urge citizens not to travel unless absolutely necessary. Updates posted as available. #utah #weather

The roads between Moab and Monticello are very slick, 14 degrees. It’s going to be a bit before they dry out. Watch your speeds and following distance. Happy Monday!! pic.twitter.com/e8LmoY0H1O

In Emery County, State Route 31 through Huntington Canyon remains closed as crews assess further danger following an avalanche on Monday, which was estimated at 200 yards wide or more. The road is closed from the Crandall Canyon Mine intersection to just below Electric Lake.

The next storm arrives Wednesday and brings a 50% chance of snow showers. Light snow showers could begin shortly after midnight in some areas, while other areas will see cloudy conditions.