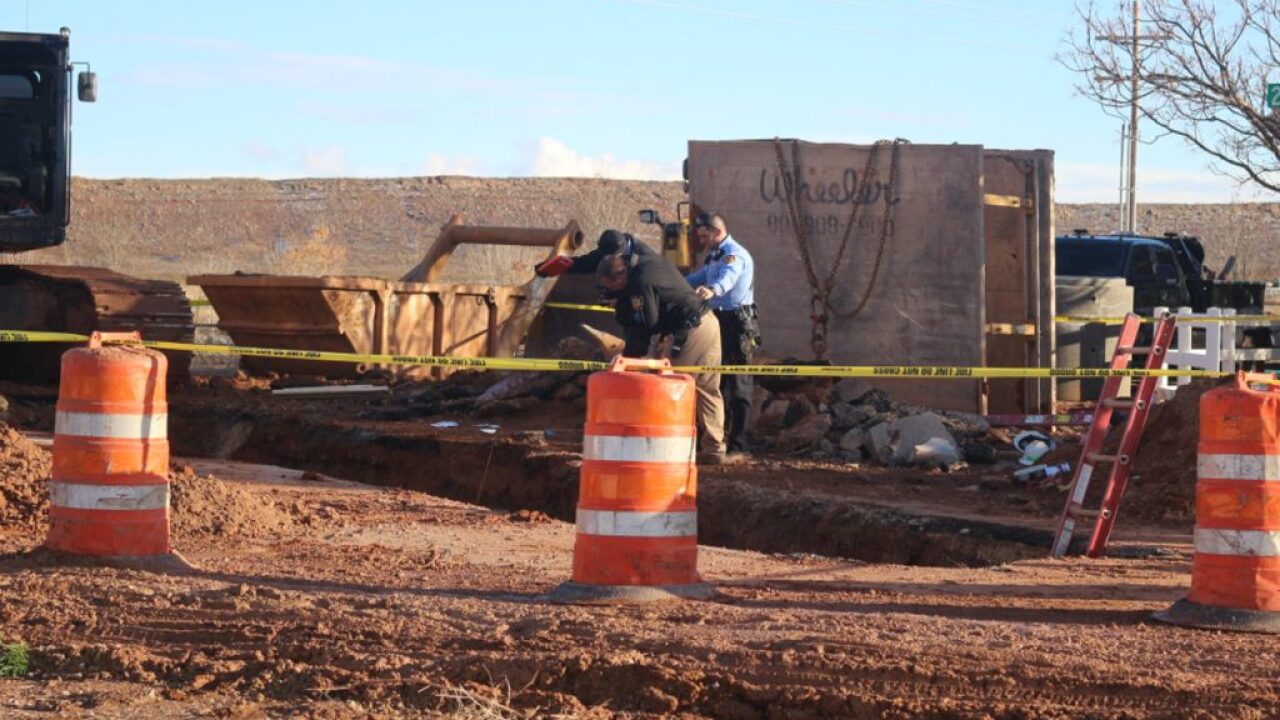 A man is in critical condition after part of a trench collapsed on top of him in the Little Valley area, St. George, Utah, Feb. 18, 2019 | Photo by Mori Kessler, St. George News

The deceased has been identified as 20-year-old Britton Wilson of St. George.

Atkin said OSHA will be taking over the investigation into the incident.

ST GEORGE, Utah — A man suffered critical injuries after a trench collapsed during a road and utility project in St. George Monday.

St. George News reports emergency crews responded to the area of 3430 East and 2170 South in the Little Valley area shortly after 4 p.m.

A man in his mid-20s tripped or had the ground give way beneath him, sending him into the trench. The sides of the trench then collapsed.

Excavation crews and first responders dug the man out and began life-saving measures. He was transported to a hospital in critical condition.

Visit St. George News for more details on the collapse and more images from the scene.