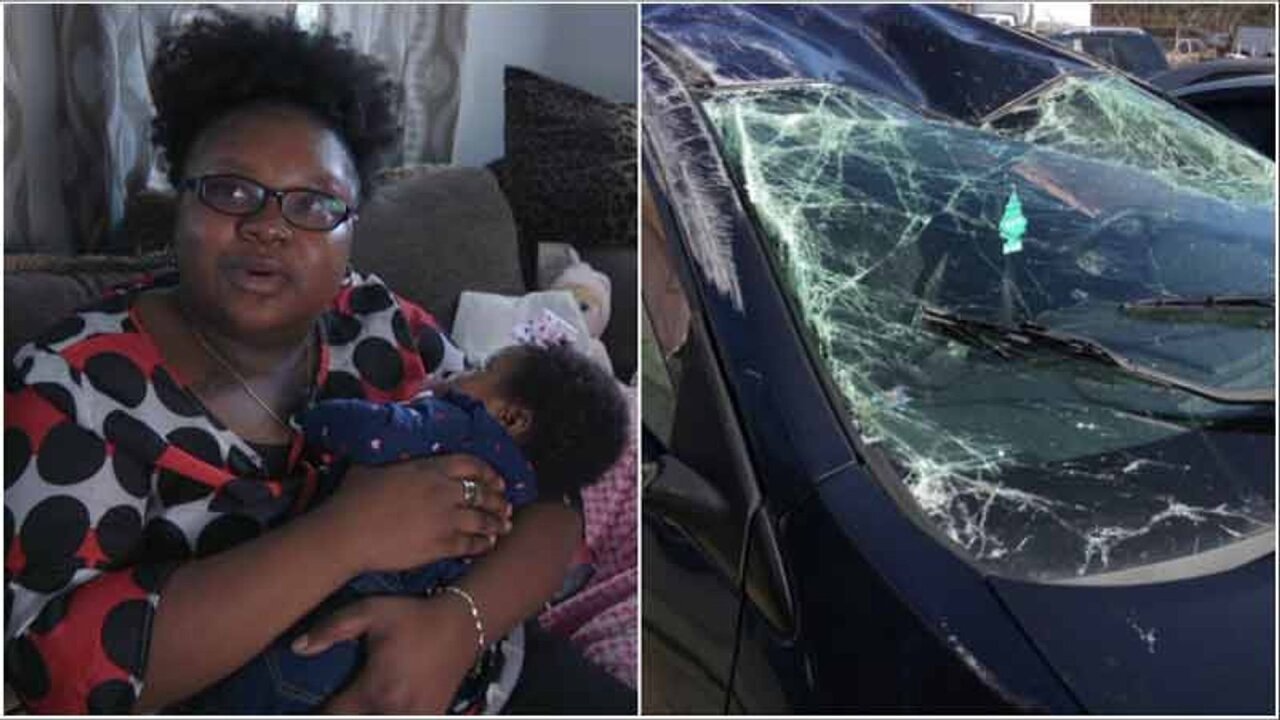 Tiwan Goodner told FOX8 she was headed home from a doctor’s appointment and had her 3-month-old in the back seat. The driver hit her SUV right where her daughter was sitting.

Greensboro, North Carolina (WHGP) — Greensboro police are trying to find the driver who they say ran a red light and slammed into a mother’s SUV.

It happened Wednesday afternoon at the intersection of East Wendover and Gatewood avenues.

Tiwan Goodner told FOX8 she was headed home from a doctor’s appointment and had her 3-month-old in the back seat. The driver hit her SUV right where her daughter was sitting.

“We swerved, fell on the driver side, and then upside down,” said Goodner.

The windshield of the vehicle shattered and some of the doors were so damaged they could not open, including the one with direct access to Tiwan’s daughter.

But her mommy instincts kicked in and her sole focus was getting her baby out of the vehicle.

“In that moment going down I was just like, ‘I just hope my baby is OK because he hit on my baby side,’” said Goodner.

Witnesses say the driver who caused the crash stopped briefly and then took off.

The damage left Tiwan’s legs pinned under the dashboard and steering wheel.

“I was able to get my legs loose enough to get back there where my baby was. I used one hand to support her head and used the other hand to loosen straps on the car seat and I placed her on my chest and that is when I heard someone say, ‘Hello, is everyone OK in there,’” said Goodner.

That voice was a Greensboro firefighter from nearby Station 7. Tiwan handed her baby to him through a window but never got a chance to meet him.

“If I could see him, I would give him the biggest hug ever and tell him how grateful I am that he was there at the right time to help me and my baby,” said Goodner.

The mother and her baby are OK. They have no serious physical injuries but tell FOX8 they have emotional scars.

Tiwan still can’t understand why the driver did not stop but says she is not angry at him.

“I actually forgive him for hitting us, but I just want didn’t come forward. This outcome could’ve been different for me and my daughter. We could’ve lost our life,” said Goodner.

Witnesses did get a partial plate number off the suspect’s vehicle, but police have still not found it or the driver.