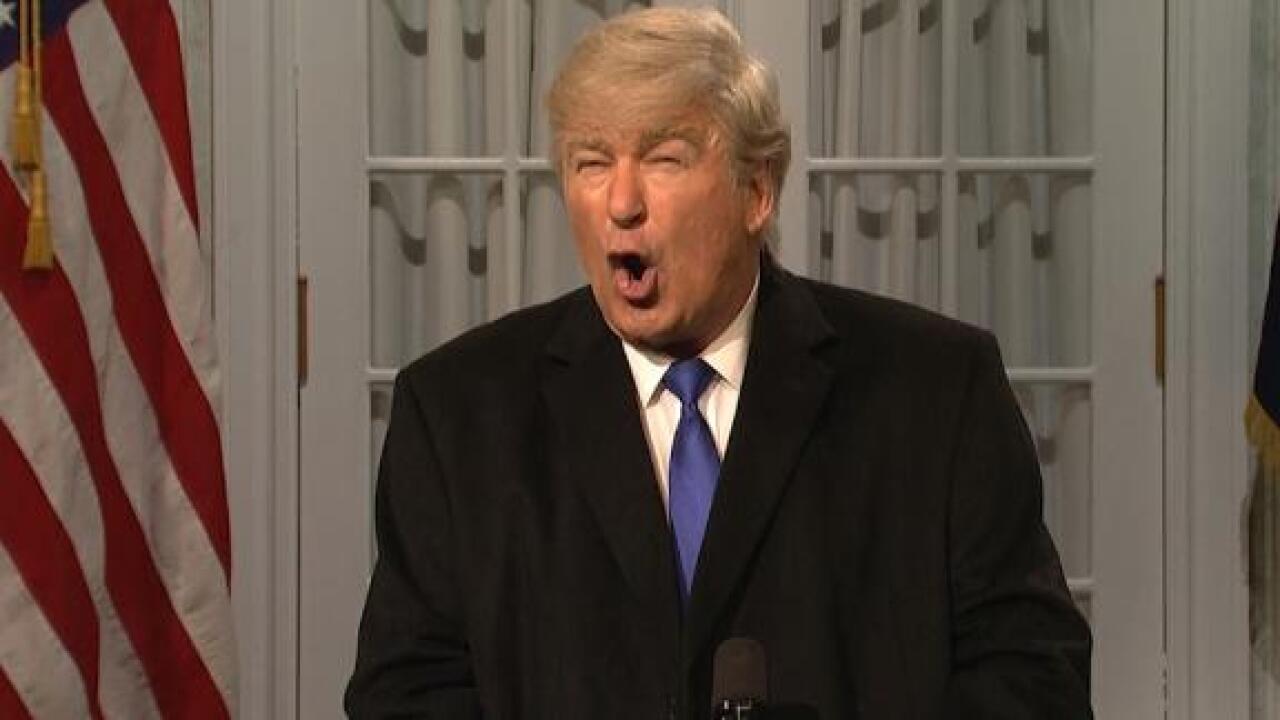 (CNN) — Alec Baldwin’s President Trump returned to NBC’s “Saturday Night Live” after a few weeks away to declare a national emergency and explain why the country needs a wall on its southern border, and the real President Trump was not happy with the sketch.

Nothing funny about tired Saturday Night Live on Fake News NBC! Question is, how do the Networks get away with these total Republican hit jobs without retribution? Likewise for many other shows? Very unfair and should be looked into. This is the real Collusion!

“I’m here to declare a very urgent, important national emergency,” Baldwin as the President said. “This is a big one, so I don’t want to waste any time, but first I’d like to blow my own horn.”

Baldwin’s Trump then said he’d just had a great health examination and was 6 feet, 7 inches tall, 185 pounds and “shredded.” He then broke down why the country desperately needs the border wall.

“We need wall because wall works,” he said. “Wall make safe. You don’t have to be smart to understand that. In fact, it’s even easier if you’re not.”

The faux president explained that declaring the emergency would likely lead to a challenge in court.

“I’m going to sign these papers for the emergency then I’ll immediately be sued, then the court won’t rule in my favor, then it’ll go to the Supreme Court, then I’ll call my buddy [Brett] Kavanaugh, then I’ll say it’s time to repay the Donny, then he’ll say ‘new phone, who this?'”

Baldwin’s Trump said the process would finally end his “personal hell” of being president.

As the speech went on, and Baldwin’s Trump kept rambling before taking questions from reporters, he explained that he told “Putin to just give the job to Hillary instead.” But he didn’t back down from the big national emergency.

“In conclusion, this is a total emergency, a five alarm blaze, which means I have to go to Mar-a-Lago and play some golf,” he said.