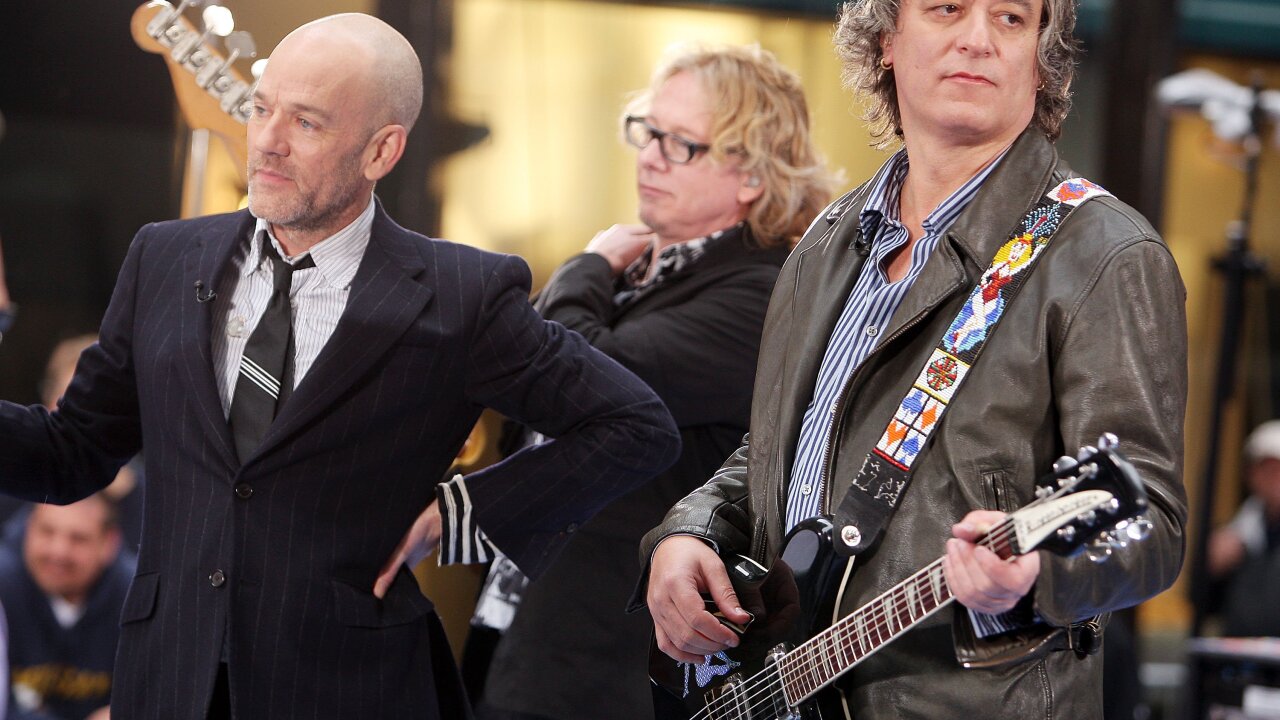 Alternative rockers R.E.M. are not happy that Trump retweeted a snarky video clip from his State of the Union address that features the band’s early ’90s song “Everybody Hurts.” The earnest ballad plays over clips of Democrats looking none too pleased with the speech.

The video was created by pro-Trump memester Carpe Donktum and has become the latest in a long line of disputes between politicians and rock stars.

R.E.M. bassist Mike Mills blasted Carpe Donktum and Trump, calling them both a name we can’t use here. “Measures have been taken to stop it. @jack you need to get on this,” he tweeted, calling out Twitter honcho Jack Dorsey.

The clip was removed from the President’s account but can still be found elsewhere.

The group’s song “World Leader Pretend” included the lyrics, “I raised the wall and I will be the one to knock it down.”

The Athens, Georgia-based foursome was one of the country’s top rock bands through the 1980s and ’90s. Other hits include “Losing My Religion,” “Stand” and “Orange Crush.” R.E.M. broke up in 2011.

The latest in a string of clashes over songs

In 2015, lead singer Michael Stipe blasted Trump for playing another R.E.M. tune on the campaign trail, “It’s the End of the World as We Know It (And I Feel Fine).”

“Go f*ck yourselves, the lot of you — you sad, attention-grabbing, power-hungry little men,” Stipe said in an email to The Daily Beast. “Do not use our music or my voice for your moronic charade of a campaign.”

“While we do not authorize or condone the use of our music at this political event, and do ask that these candidates cease and desist from doing so, let us remember that there are things of greater importance at stake here,” R.E.M. said.

“The media and the American voter should focus on the bigger picture, and not allow grandstanding politicians to distract us from the pressing issues of the day and of the current Presidential campaign.”

Other rock ‘n’ roll dust-ups include:

• Trump angered Canadian Neil Young for using his “Rockin’ in the Free World” in 2015.

• The same year, one of the writers of Survivor’s “Eye of the Tiger” said he was “gobsmacked” when Kentucky clerk Kim Davis used the anthem in her crusade against same-sex marriage.

• As far back as the 1980s, Bruce Springsteen criticized President Ronald Reagan using his anti-war “Born in the U.S.A.” to stir up patriotism on the re-election trail.