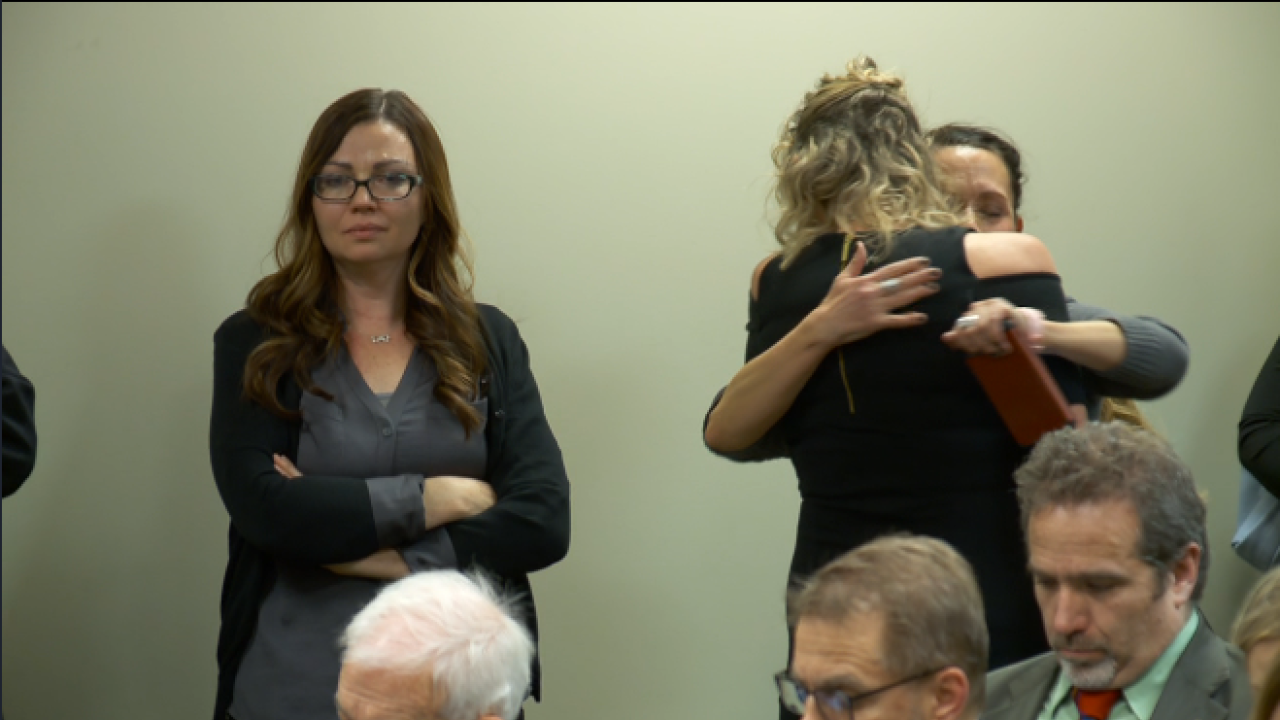 Two witnesses hug after testifying before the House Judiciary Committee in support of HB214. (Image by Todd Gilbert, FOX 13 News)

SALT LAKE CITY — Emotional testimony from women who have left polygamous communities in Utah propelled a bill forward that allows people like them to access crime victim funds.

House Bill 214, sponsored by Rep. Kyle Andersen, R-Ogden, would allow people who are victims of bigamy to have access to a fund run by the Utah Office of Victims of Crime. At a hearing on Friday, the bill was expanded to include children who have left polygamous communities.

Advocates for people who have left Utah’s fundamentalist Mormon communities testified about the need for funds for therapy and emergency housing.

“Most of the time they don’t have any money so you can imagine a woman with a child or ten children, how they’re going to support them is very difficult,” said Tonia Tewell, the director of Holding Out HELP, a nonprofit that works with people inside and outside the communities.

Ex-members of some of Utah’s biggest groups testified about how having access to such funds could have helped them.

“Leaving polygamy… it’s a mental state of mind they have to get out of when they leave,” said LuAnn Cooper, an ex-member of the Kingston polygamous family. “Whether they experience abuse or not.”

Brielle Decker, an ex-wife of Fundamentalist LDS Church leader Warren Jeffs, who now helps others in Hildale, said she could have used the resources when she left him.

“I know this would really help them,” she testified. “I recently came off of Medicaid myself, I really could use the therapy funds.”

Melissa Ellis, an ex-member of the Kingston family who left in 2012, said therapy is crucial.

“Having the mental health, which I use monthly and so do my four children, they go for an hour each a month,” she said. “To be able to have that emergency housing would have been a godsend for me back then.”

The catch is to access the funds, people must cooperate with law enforcement. That can be difficult for people who don’t necessarily want to testify against their families.

Members of the fundamentalist Mormon communities have expressed concerns that all polygamists would be painted with a broad brush under the legislation.

Rep. Andersen said his bill is about victim advocacy and not anti-polygamy. It passed out of the House Judiciary Committee and goes to the full House of Representatives for a vote.