Shooter who opened fire in workplace where 5 died had lost his job, police say 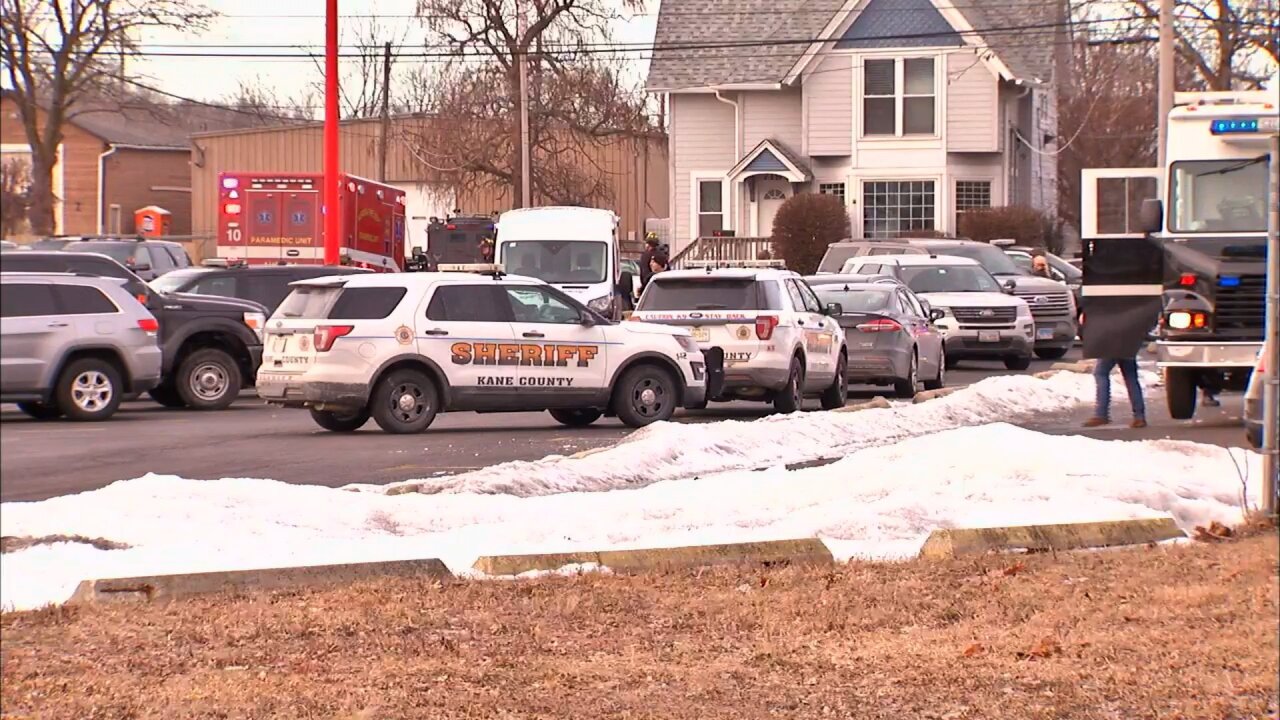 (CNN) — The gunman at the Illinois manufacturing business where five employees were killed and five police officers were wounded was being let go by the company, Aurora Chief of Police Kristen Ziman told reporters Friday night.

The shooter, 45-year-old Gary Martin, used a Smith & Wesson handgun, the chief said. He was killed after police found him attempting to hide and he fired on officers. The chaos at the workplace lasted 90 minutes, Ziman said.

The first 911 calls came to Aurora police around 1:24 p.m. CT, with callers saying there was an active shooter at the Henry Pratt Company, which says it is one of the United States’ largest manufacturers of industrial valves.

An employee at the company, John Probst, told CNN affiliate WLS the shooter was a co-worker and had a pistol with a laser sight.

“He was shooting everybody,” Probst said.

A slew of law enforcement officers raced to the scene and a team of four approached the building, which is in a small industrial area.

There was gunfire immediately, and one officer was hit, Ziman said. Four other officers were shot just inside the building during the first five minutes of the response.

The gunman went farther into the 29,000-square-foot warehouse, and teams of officers went to look for him. The shooter was killed by officers, the chief said. A sixth officer hurt his knee and needed to go to a hospital.

“My heart goes out to the victims and their families who simply went to work today like any other day,” Ziman said.

Probst told WLS there were about 30 people in the building at the time of the shooting. Probst said he and a coworker escaped through the back door. Probst said a nearby resident allowed him and his coworker to shelter in a home.

Four patients went to hospitals in Aurora, medical officials said. The chief said two wounded police officers were taken by air to trauma centers in Chicago, about 40 miles to the east.

Mueller Water Products, parent company of Henry Pratt, said in a statement: “Our hearts are with the victims and their loved ones, the first responders, the Aurora community and the entire Mueller family during this extremely difficult time. Our entire focus is on the health and wellbeing of our colleagues, and we are committed to providing any and all support to them and their families.”

Aerial video from the scene just after the shooting showed scores of police vehicles outside the neighboring companies. The response included at least six ambulances and six firetrucks.

After the incident, police also put up crime scene tape near the Alro Steel Company.

The Bureau of Alcohol, Tobacco, Firearms and Explosives and the FBI were responding to the scene, the agencies tweeted.

Aurora, with about 200,000 people, is the second-largest city in Illinois, according to the city’s website. Locals refer to Aurora as “City of Lights,” a nod to it being one of the first American cities to implement a fully electric street lighting system.

Aurora has a strong music and arts scene, and is even the setting of the popular buddy-film “Wayne’s World.” Although a suburb of Chicago, Aurora has a long tradition of manufacturing.