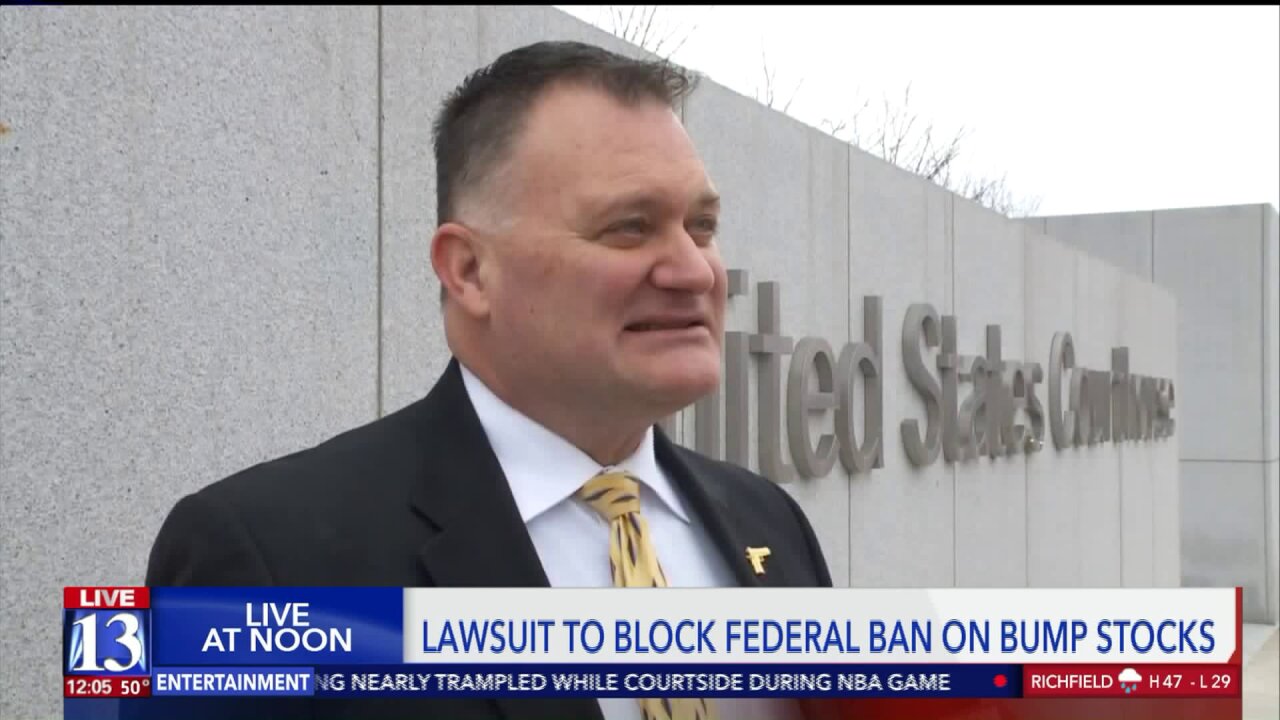 SALT LAKE CITY — A Utah gun rights advocate and representatives from the New Civil Liberties Alliance appeared in a federal courtroom Thursday asking to bar enforcement of the upcoming ban on bump stocks.

In October of 2017, Stephen Paddock used bump stock devices on some of his rifles to kill 58 people and wound hundreds of others in Las Vegas.

Following that shooting, pressure began to mount on the Trump administration and the ATF to reconsider the legality of bump stocks.

A subsequent rule change effectively reclassified bump stock devices as machine guns, which are illegal to possess for most people in the United States. Some exceptions are in place for people acting on behalf of the government and weapons registered before May 19, 1986.

Clark Aposhian, who is chairman of the Utah Shooting Sports Council, told FOX 13 the reclassification of bump stocks was not handled properly.

"The process in which this final rule was adopted bypassed Congress, and that is the very way that you're supposed to go around and make these things illegal. If you want to do that, bump stocks may be great, they may be bad, but you have to go through Congress to do it," Aposhian said.

Aposhian's lawsuit, which was filed last month against acting Attorney General Matthew Whitaker, the US Department of Justice, the ATF and acting ATF director Thomas E. Brandon, seeks to bar enforcement of the bump stock ban. The NCLA has also filed a request for a preliminary injunction seeking to stop the ban from coming into effect as scheduled.

Those who possess bump stocks in the United States are legally required to either destroy the devices or surrender them to an ATF office by March 26.