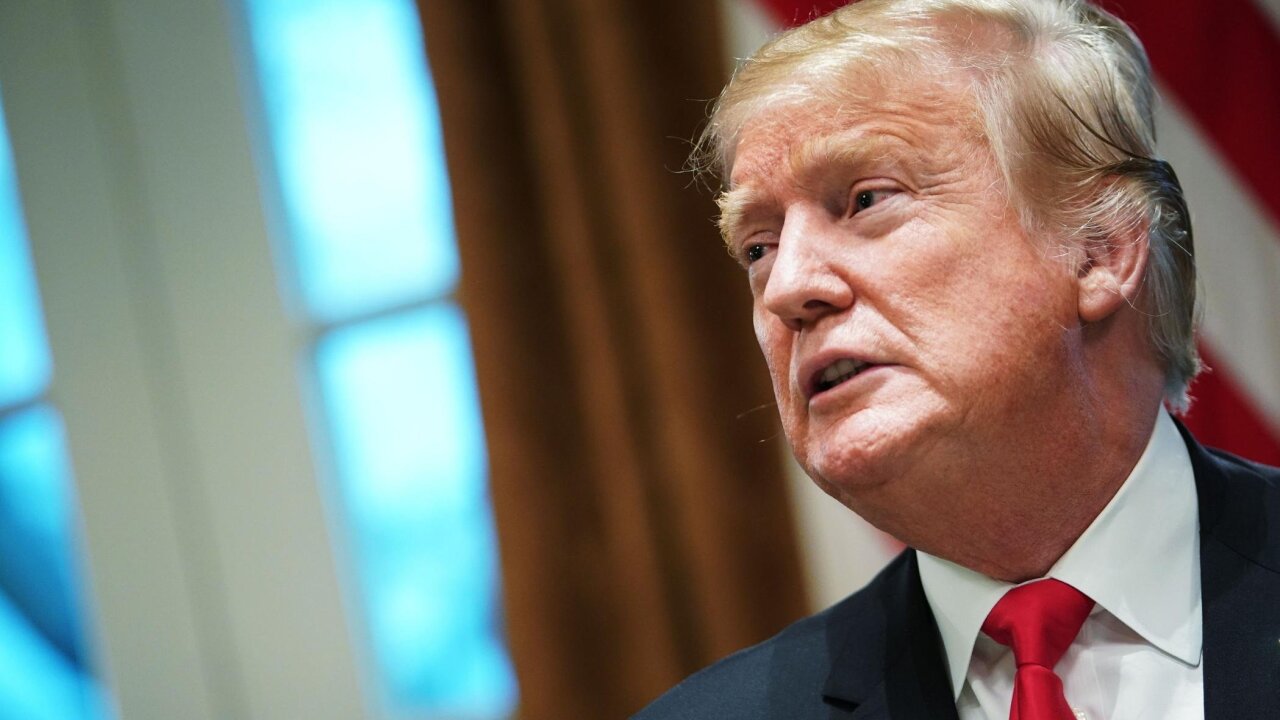 (CNN) — With little more than a day left before funding expires for key parts of the government, the House and Senate both voted on Thursday to approve a spending deal to avert a shutdown, sending the legislation to the White House for President Donald Trump’s signature.

Trump is expected to announce he will use executive action to finance the construction of his border wall, a White House official said. The total amount will possibly be in the range of $8 million.

The executive action is expected to include a national emergency declaration.

After weeks of uncertainty over whether the President would accept a bill that did not meet his demand for $5.7 billion in border wall funding, the White House announced on Thursday that the President would sign the compromise legislation, but will also take executive action in a bid to get the money the administration wants for border security.

The compromise deal will only provide $1.375 billion for border barriers, far short of what the President has asked for to build his long-promised border wall.

When the President signs the spending measure into law, it will bring to a close weeks of fighting between congressional Democrats and the White House and Republican lawmakers over border security, a dispute that triggered the longest government shutdown in US history when funding for roughly a quarter of the federal government lapsed as a result of the standoff in December.

The 35-day long shutdown that resulted did not end until January, when the President signed a three-week stop-gap measure to temporarily reopen the government and allow for negotiations over border security.

Signing the legislation will amount to a concession from the President that Congress is not willing to meet his demand for border wall funding, but it will not be the end of a contentious debate over border security if Trump invokes a national emergency. A national emergency declaration is expected to face legal challenge and will face fierce pushback from congressional Democrats, especially in the Democratic-controlled House.

Senate Majority Leader Mitch McConnell announced the President’s intention to declare a national emergency before the White House did, saying in remarks on the Senate floor before the chamber voted on the legislation that he spoke with the President and that, while Trump is prepared to support the deal, “he will also be issuing a national emergency declaration at the same time.” McConnell also said that he would support such a declaration.

McConnell was forced to back a move he’s raised concerns about, both publicly and privately, aides say, in order to secure Trump’s support, a significant concession but one that appeared necessary to receive the President’s public assurances that he’ll sign the bill. In the hours leading up to the vote, the President phoned GOP allies on Capitol Hill to ask their advice and vent at some of the bill’s shortcomings, leading many to believe he was backing away from his earlier support of the compromise spending legislation, according to people familiar with the calls.

House Speaker Nancy Pelosi and Senate Minority Leader Chuck Schumer, meanwhile, issued a sharp rebuke of the proposed move on Thursday, in a sign of that kind of opposition the President will face if he invokes a national emergency.

During a news conference earlier in the day, Pelosi also warned that if Trump declares a national emergency he will be setting a precedent that could backfire on Republicans in the future.

“A Democratic president can declare emergencies as well,” Pelosi said. “So the precedent the President is setting here is something that should be met with great unease and dismay by the Republicans.”

Lawmakers on both sides of the aisle did indeed react with uneasy and dismay on Thursday.

Democratic House Judiciary Chair Jerry Nadler said in a statement that he would “support the enactment of a joint resolution to terminate the President’s emergency declaration,” and that he plans “to pursue all other available legal options.”

Republican Sen. Rand Paul of Kentucky suggested it was a “bad idea.”

“Clearly I have concerns about using this declaration for this set of circumstances,” said Sen. Roy Blunt, a Missourian and a member of GOP leadership. “Let’s see what he does.”

On the Democratic side, Sen. Kamala Harris, a 2020 presidential candidate from California, said, “I think it’s ridiculous.”

The full legislative text of the deal was released just after midnight Thursday, paving the way for both chambers to vote on the plan that funds 25% of the federal government, including the Department of Homeland Security, ahead of a Friday at midnight government funding deadline.

This story has been updated with additional developments Thursday.