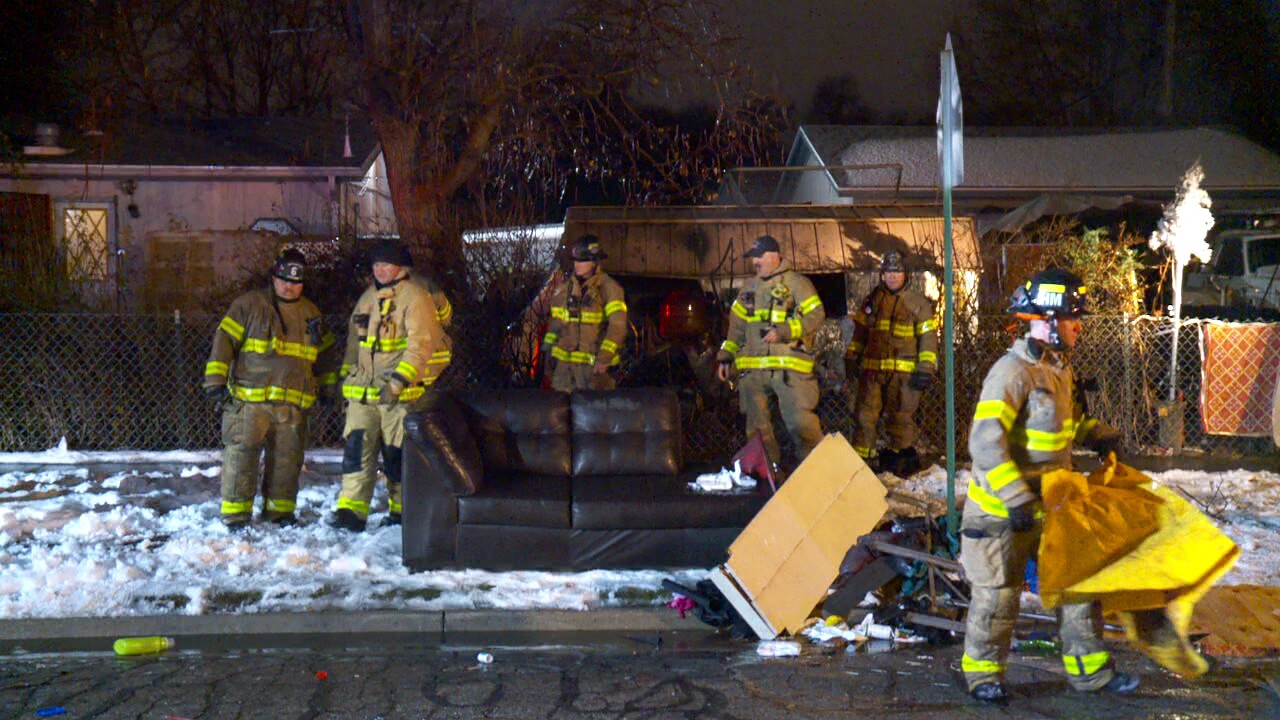 SALT LAKE CITY -- Fire crews responding to a report of a fire at the back of a home instead found several improvised structures ablaze in Salt Lake City Wednesday night.

A caller reported flames at the back of the home to dispatch, but crews found the home itself was not burned at all.

"We arrived and found that there was an exterior fire," Halvorsen said. "No home involvement, at least residential structures, but it turns out that it was some squatters on the property."

Halvorsen said the health department visited in January and tagged multiple areas on the property "closed for occupancy".

"They’ve already been run off," he said. "They’d been tagged for no occupancy, but they returned and the improvised structures that they’d been living in were on fire as well as some adjacent plants and shrubs."

Crews were able to extinguish the fire quickly and they also worked to locate anyone who may have still been inside the structures, which Halvorsen described as "shanties" with wax tarps or derelict travel trailers.

He said inclement weather is the likely reason for their return to the area.

"So even a vacant lot can suddenly turn into somewhere that is housing five people, and that’s exactly the case tonight," Halvorsen said.

Fire crews are coordinating with the Red Cross to assist the people sheltering in the lot, but he said it will be more likely something that falls to programs for the homeless, who they are reaching out to as well.

He said while people may feel like letting transient camps set up on their property, the proper thing to do is report such camps to authorities.

"...it’s important that you get local authorities involved because this is the downside," Halvorsen said. "Improvised heating, electrical wiring and those kinds of issues can turn into fires just like this one."

Halvorsen said it appears the homeowner had some knowledge of the encampment, but he said there are indications those squatting on the property may have been "taking advantage of the homeowner to some degree."