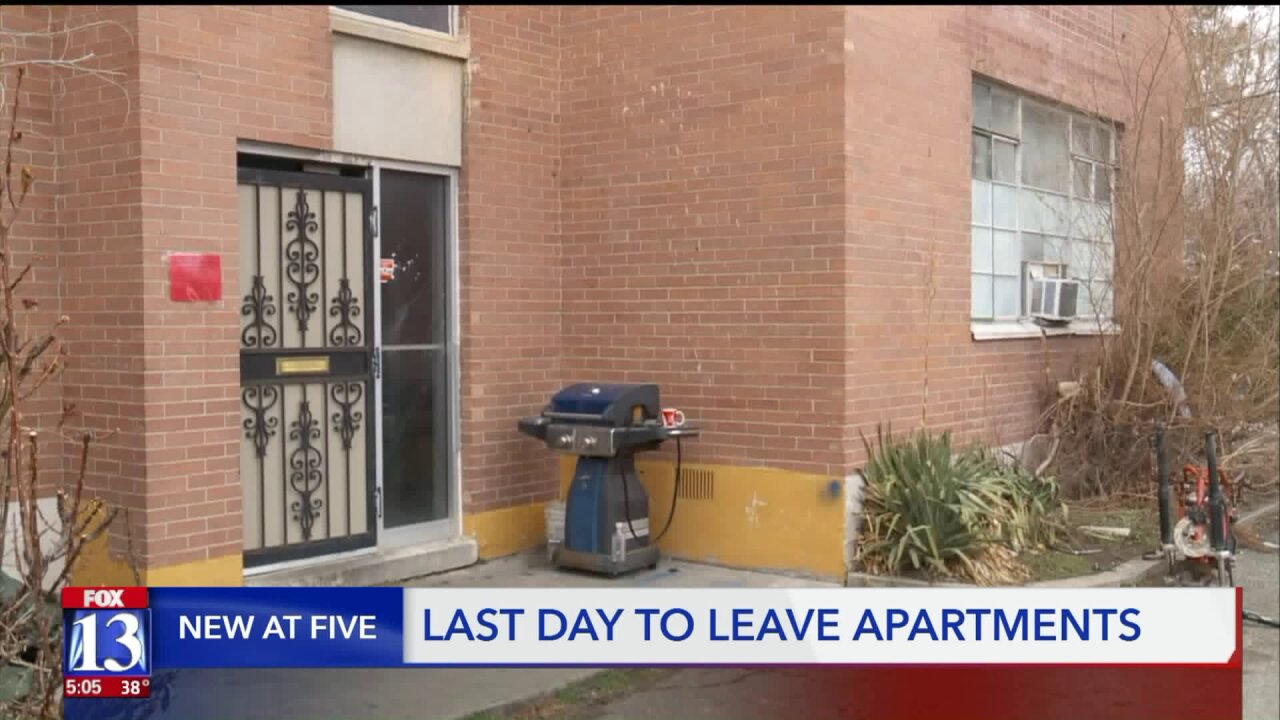 SALT LAKE CITY — With just hours left to evacuate, some residents fear they will be left homeless after their apartment complex was shut down by the city.

"We’re down to the last 24 hours and we’re running around scrambling looking for boxes,” said tenant Juana Gutierrez.

For dozens of residents like Gutierrez, Wednesday is the last day they will call the Georgia Apartments home.

On Monday, the building off of 2100 South and 200 East, was given a red tag order by the Salt Lake Fire Marshall.

“It’s a fire hazard, it could start on fire at any time,” said Tony Milner, the housing project manager for Salt Lake City’s Housing and Neighborhood Development.

The abrupt shutdown left dozens of low-income tenants with a mere 72 hours to get their things and find a new place to live.

“I want to wake up from this nightmare,” said tenant Melissa Miller. “I was homeless for six years prior to getting this dump. You know this was not the best of place to live, but it was home.”

The clock is ticking, but with just hours left to evacuate many of the tenants said they still don’t have somewhere to go.

“We have no clue where we’re going yet,” Gutierrez said. “We have applied for housing with them and the city has not been helpful whatsoever."

The city said they are doing everything they can to ensure these residents get into new housing.

“Put out applications, offer rent/deposit assistance if needed, transportation, moving expenses — anything that’s due to help them kind of get into a new place,” Milner said. “We don’t want to see anyone sleeping on the streets, sleeping in their cars because of this evacuation.”

But some residents believe the streets may be their only choice.

“Neither of us have cars, so back to the streets we both go,” said Gutierrez, referring to her and her roommate. “I’m getting scared because I don’t want to [go back on the streets], it’s getting colder.”

The city has identified 28 occupied units at the Georgia. As of Wednesday, they said residents from 22 units have been approved for some form of housing. They are confident the tenants will be able to move into their new homes over the next couple of days.

Editor's note: after this report was made, the Salt Lake City Fire Marshal released a press release, extending the evacuation deadline to February 16 at noon. The Fire Marshal also said in the release that out of 31 occupied units, they have made contact with 30, and 24 units have immediate housing secured while six are in the stages of getting housing.