Family receives backlash after posting video of them feeding a moose 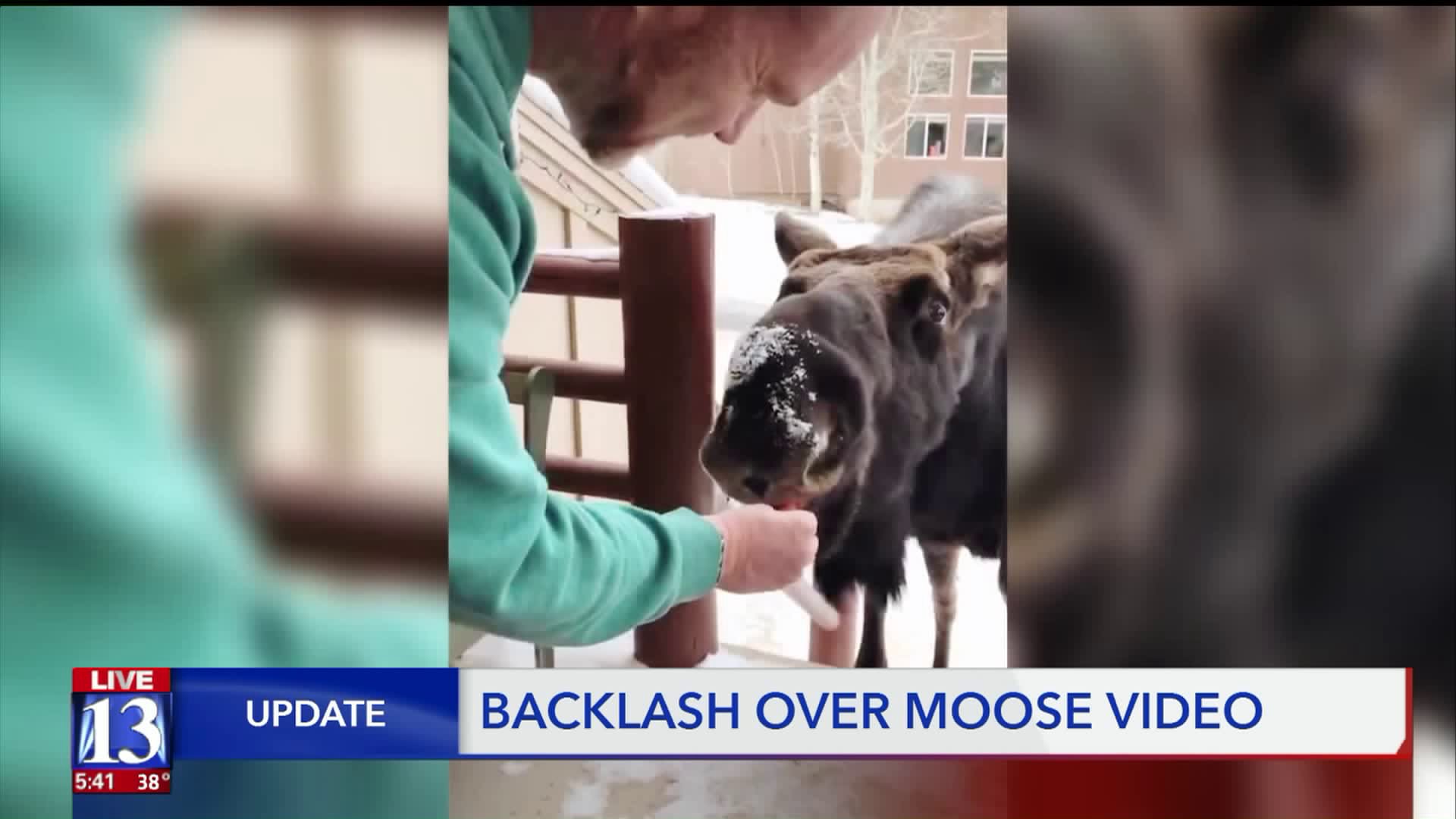 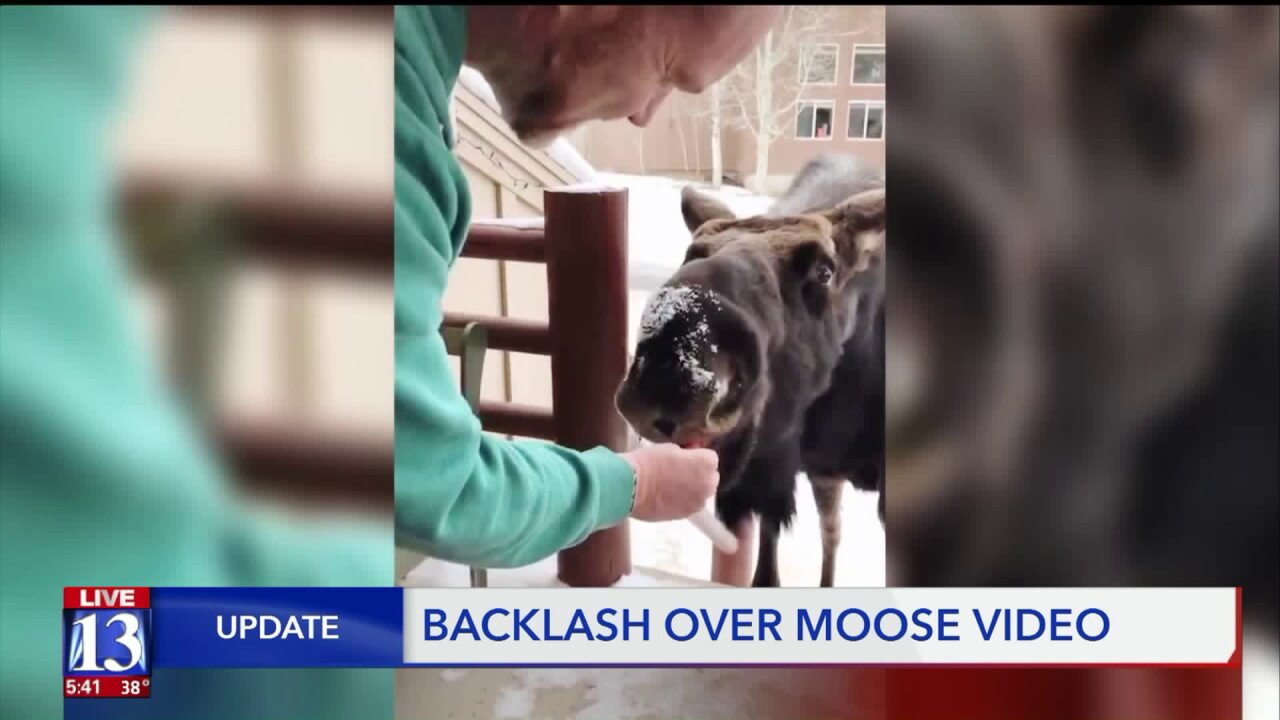 PARK CITY, Utah — Molly Bice Jackson and her family see this moose so often, they've given him a name.

"We call him Musty because he’s so stinky," says Jackson.

However, when she posted a video of her husband feeding Musty an apple, she started receiving a lot of criticism.

"They were saying you idiot. You basically just gave that moose a death sentence by feeding him," says Jackson.

Some people were even calling the Department of Wildlife Resources, saying they should punish the Jacksons with a fine.

The DWR agrees saying they "discourage anyone from feeding big game animals. It doesn't take long for big game animals to become dependent and want to return for more food and that causes problems, as well".

"I've learned a lot. I’ve learned about their digestive systems in winter versus summer. I know they’re dangerous," says Jackson.

Jackson says she only recently realized an ironic, cosmic connection to this story. Ten years ago, her two-year-old daughter, Lucy, choked on an apple.

"That apple ended up taking her life," says Jackson.

In the years since, Jackson has been speaking about overcoming tragedy and trying to find joy in life, in spite of heartbreak.

"I’m hoping to do the same as I did then which is to turn this into something positive," says Jackson.

Mistakes happen, but if you choose to learn from them, every once in a while, it can lead to something majestic.

"Sometimes things that are supposed to give life, nourishment, keep your child alive, can take them and sometimes a moose that is supposed to be dangerous and could take your life end up being gentle and bring an unexpected magic," says Jackson.

Jackson has seen Musty since feeding him the apple and says he looks like he's in great shape. However, she says she won't be feeding him again. She has learned her lesson.