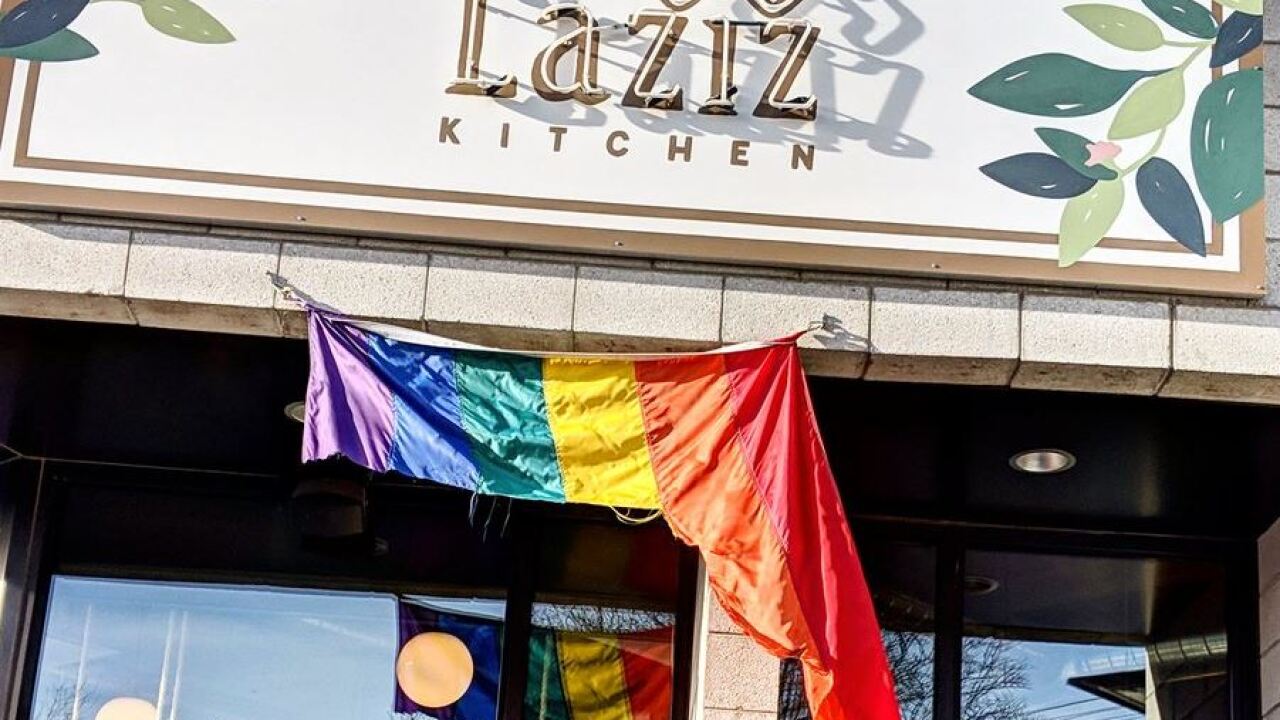 SALT LAKE CITY — Community members are rallying in support of a restaurant owned by a Utah State Senator after the restaurant says their pride flag was torn down overnight.

Tuesday, the restaurant posted a picture to Facebook, saying the pride flag, which was hanging above the door of the business, was partially torn down.

“It’s so sad to walk into a place we love under such a jarring banner of hatred and microaggresion, but it won’t stop us,” the post stated. “This is a place of love, acceptance, tolerance, and community.”

Kitchen was elected to the Salt Lake City Council in 2015. He was elected to serve as a member of the Utah State Senate in 2018, representing District 2.

Sbeity took to Twitter Tuesday to speak about the incident:

Last night, somebody tore our pride flag. So sad to walk into a place I love(@lazizslc) under such a jarring banner of hatred, but it won't stop us from buying another and standing tall. This is a place of love, acceptance, tolerance, and community 🏳️‍🌈🇺🇲✊ #MakeAmericaLovingAgain pic.twitter.com/akbnIpXYaW