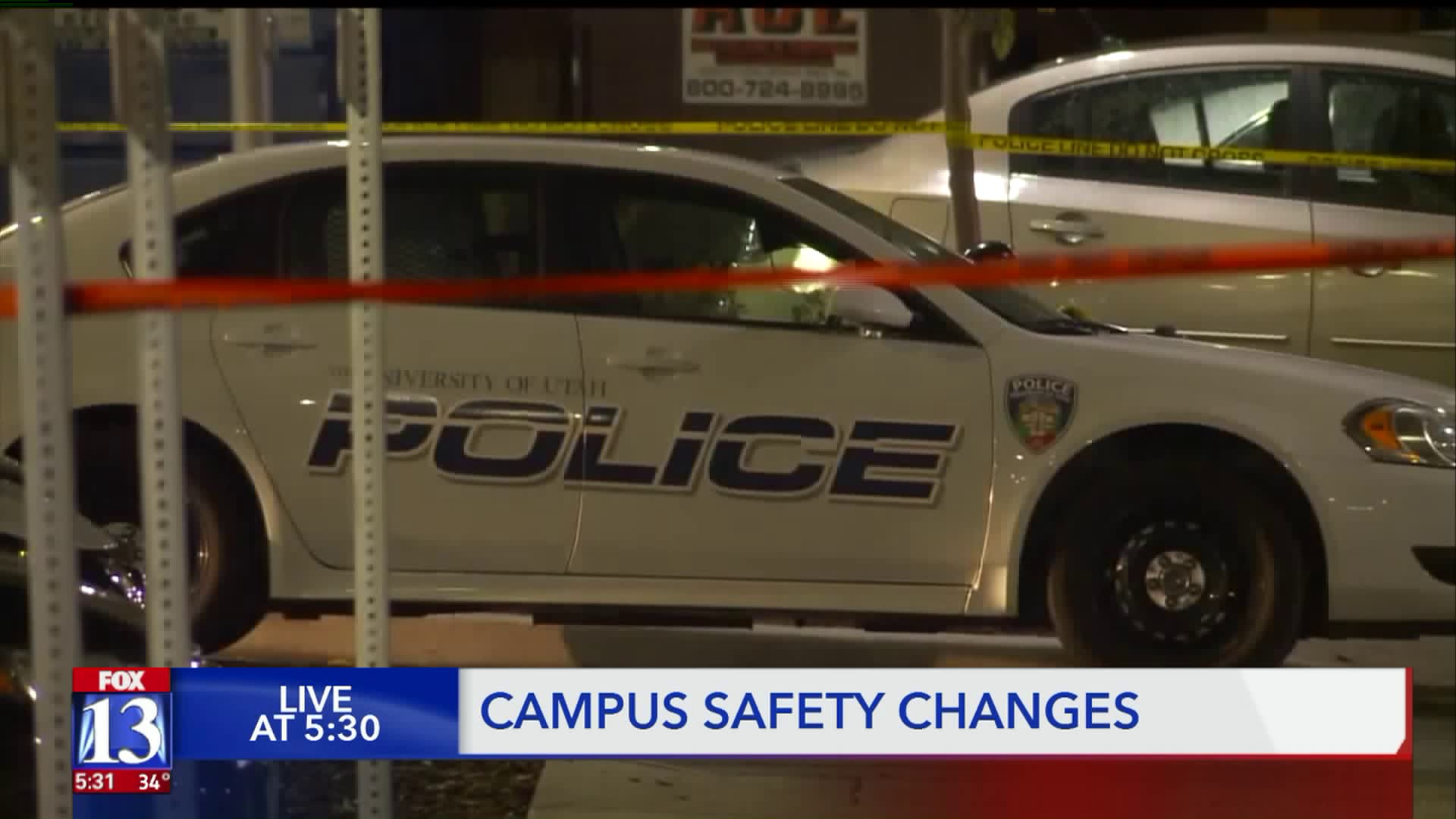 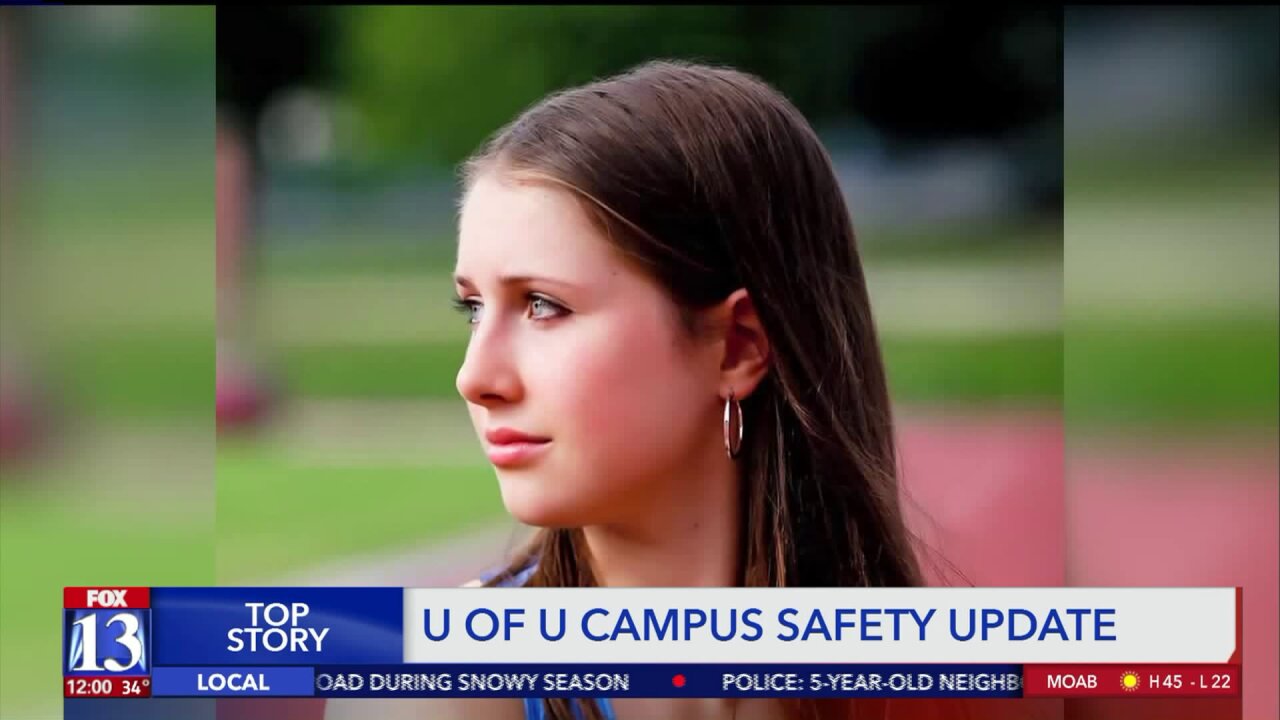 SALT LAKE CITY -- The University of Utah announced they have made major changes to how they handle campus safety in response to the shooting death of Lauren McCluskey on campus last fall.

During a Board of Trustees meeting held Tuesday, the University explained how they've been implementing a list of specific changes, stemming from an independent review released late last year that listed 30 recommendations to improve campus safety.

The full list of recommendations has been posted here.

More than half of the changes focus on the university's police department. Some of them center on handling cases like Lauren McCluskey's.

Chief Dale Brophy said they've made policy changes, that they're hiring additional officers and a victim advocate, and they're implementing new training including domestic violence training.

“I think that some of the hires that we'll be making with a victim advocate, a community relations specialist, and then also our detective specialist will make a big impact for us,” Brophy said. “It'll help fill some of the communication gaps that we may have had in the past."

He said that they've entered into an agreement with the Utah Domestic Violence Coalition to implement the Lethality Assessment Protocol (LAP), which he explained involves asking anyone reporting interpersonal violence a list of questions.

"You connect them to the resources, so that they have either emergency shelter if necessary, counseling services, or victim advocacy," Chief Brophy said.

The man who shot and killed McCluskey on campus was on parole. When McCluskey reported her case to campus police more than a week before her death, they never reached out to Adult Probation and Parole.

Chief Brophy explained how that's now changed with an on-call number to AP&P,  and he said they've already seen results.

"We've been able to reach out and improve communication with AP&P on several occasions since this incident," he said. "So, I know that's working."

During Tuesday's presentation, Barb Remsburg, Housing and Residential Education Director, said they are working with the Unified Police Department to staff the midnight shift of their 24-hour community desks around campus.

She said they are focusing on bystander awareness, which includes education on who to report to and where to report situations of sexual violence.

They've set up a task force to look at the overnight guest policy in the dorms, she explained, and will hire a resident outreach coordinator who will follow up with students when an incident or concern is reported.

A brand new Lockdown Task Force will look at and identify community spaces where doors can be fitted with locks from inside, in the event of a secure-in-place.

Barbara Snyder, VP of Student Affairs, said they're adding levels of security to residence halls that include locked external and internal doors, and an increase in police presence.

She said faculty and students have already undergone, and will continue to undergo, training on University policies and crime reporting. Staff and students were recently trained on policies relating to overnight guests, concealed weapons, tailgating and where to report issues.

Snyder said she wants to change the culture on campus, and honor Lauren in doing so.

Lauren’s mother, Jill McCluskey tweeted that Tuesday, the day the university announced the changes, would have been Lauren’s 22nd birthday.

In her tweet, she asked about disciplinary action, referring to the handling of Lauren’s case.

I received this from the media. @UUtah didn't inform us. I have 2 questions: 1) Did you know this meeting is on her birthday? 2) Will you admit that you didn't respond appropriately to Lauren, which led to her death & take displinary action? pic.twitter.com/MBOh0svJo5

Chief Brophy answered during Tuesday’s event, saying no one's been fired and he can't discuss personnel disciplinary issues. University of Utah President Ruth Watkins also addressed the topic, after a Board of Trustees member asked about accountability in this case.

"I don't think it enhances campus safety to fire anyone who acted in good faith," Watkins explained.

She added that she expects accountability and compliance as they move forward.