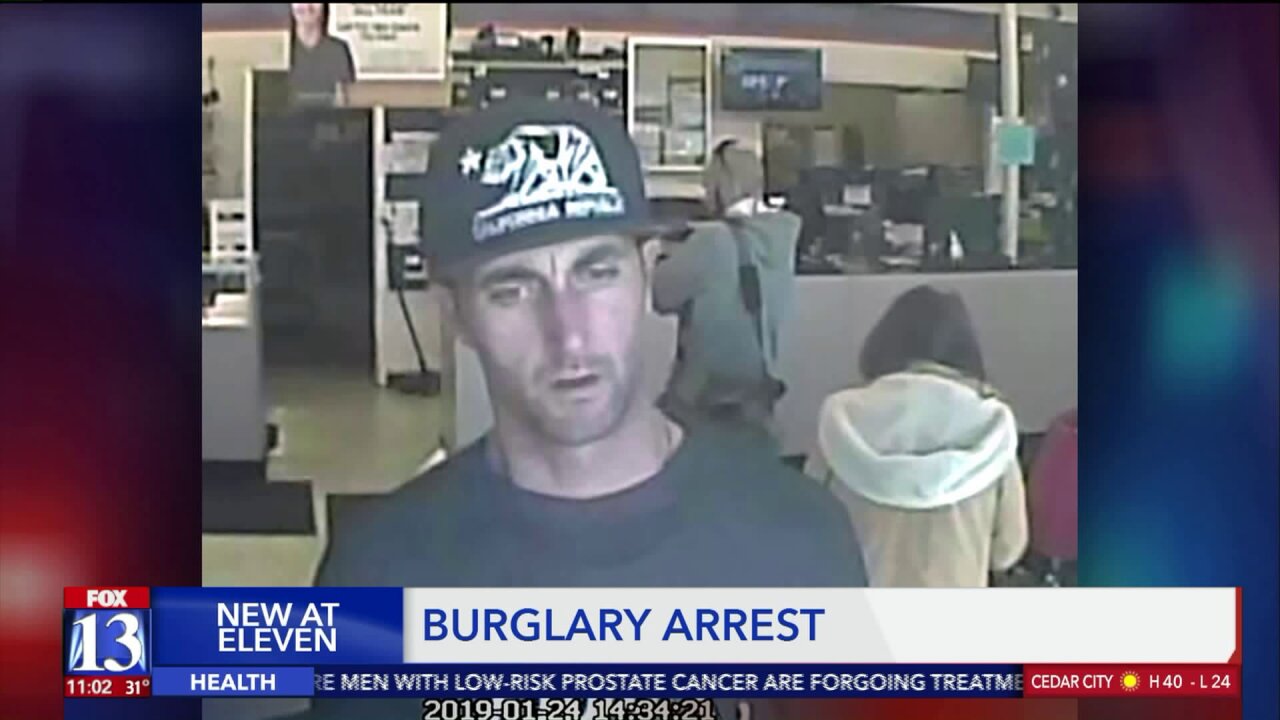 NORTH SALT LAKE, Utah -- Tips from the public led police to a man wanted for a burglary at a local business, and he was arrested after allegedly selling stolen items at pawn shops.

The burglary occurred at Shamrock Plumbing in North Salt Lake on January 20, and the thief took several power tools worth thousands of dollars.

Police say at least two people recognized David Joseph Kelsey from the photos captured by security cameras at the business.

Following those tips, investigators found Kelsey had a history of theft and they tracked down more surveillance images that showed him selling allegedly stolen property at various pawn shops.

Officers arrested Kelsey while he was at a pawn shop in Bountiful and said the credit goes to clear pictures and solid tips from the public.

"An individual saw that, called in," said Sgt. Mitch Gwilliam of North Salt Lake Police. "From that our investigators were able to tie the information back to the individual, and we were able to make an arrest."

Rob Barber, Shamrock Plumbing, said they're grateful for the help.

"The public did what we hoped that they would do," he said. "They contacted the cops, they threw some names out. The cops did what we were hoping they would do as well and chased the leads and were able to make an arrest."

Kelsey, 37 of Wyoming, has already bailed out of jail.

Police have what they say is the Honda seen in the original burglary video, and they said they recovered a lot of stolen property from inside that car.

Detectives are looking into the possibility Kelsey could be connected to even more burglaries and said if anyone out there recognizes him, or has any information about other potentially connected crimes, to call North Salt Lake Police.