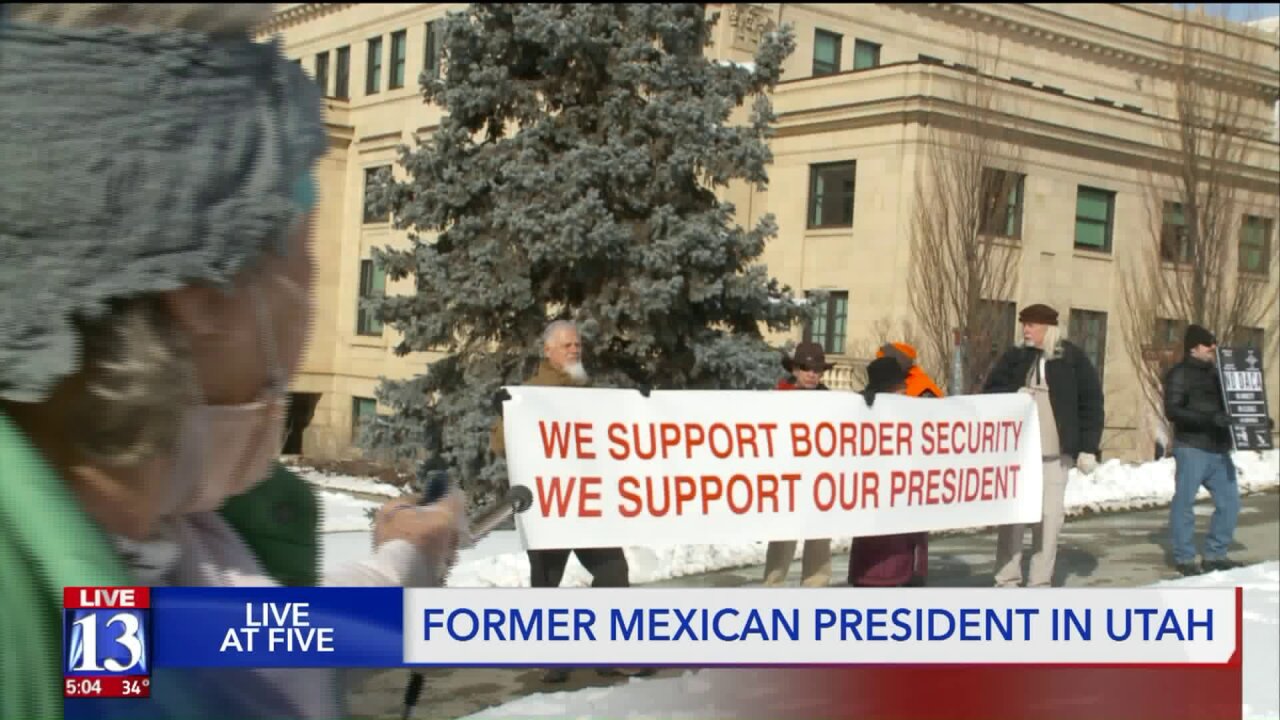 This time, he used less provocative language as he spoke to a crowd at the University of Utah’s Kingsbury Hall.

“You can build a wall, no problem for us, but to pay for a wall is a different thing. I mean it's nonsense,” Fox said.

A small group of protesters stood outside of Kingsbury Hall before the speech. They held a banner reading, “We support border security. We support our president.”