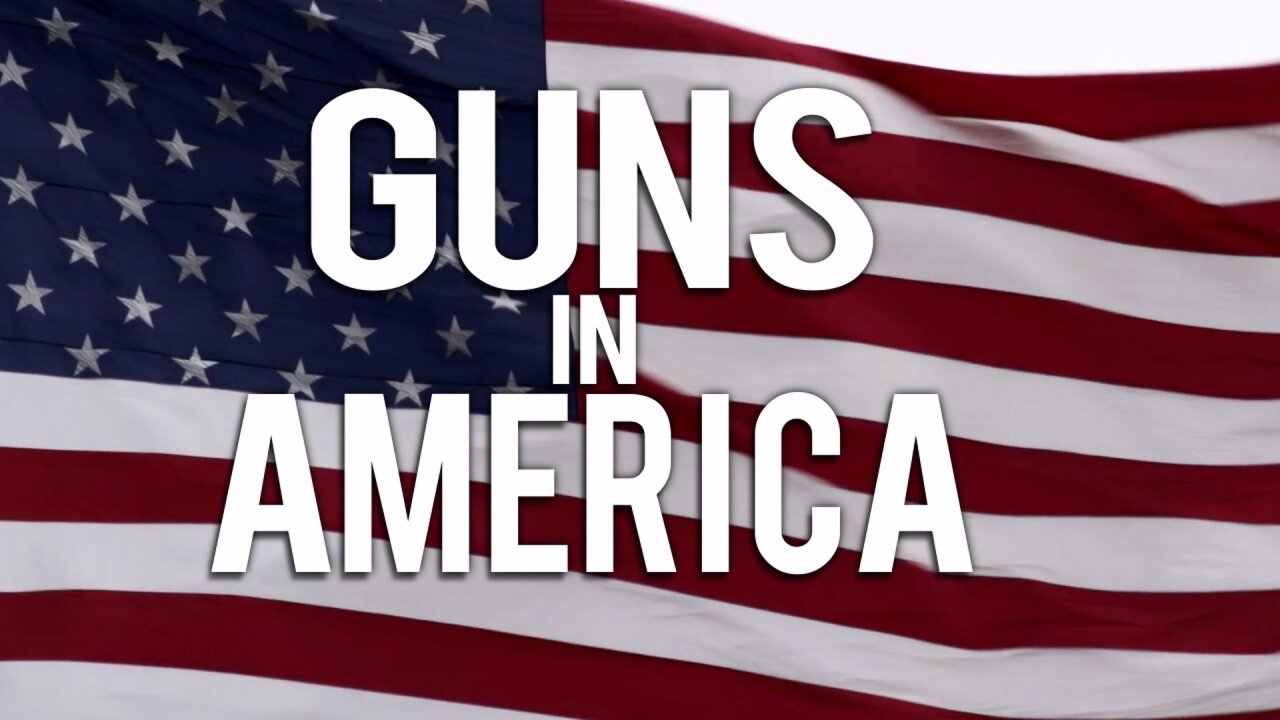 (CNN) — After a year without any significant gun legislation passed by Congress since the Marjory Stoneman Douglas shooting in Parkland, Florida, Democrats introduced a bill banning high-capacity gun magazines Tuesday, as the one-year anniversary of the massacre nears.

The Democratic legislation, cosponsored by Rep. Ted Deutch of Florida and Sen. Bob Menendez of New Jersey, would ban any magazine that exceeds 10 rounds of ammunition. The legislation, which has been dubbed the “Keep Americans Safe Act,” currently has no Republican cosponsors, one of many obstacles that would stand in the way of it advancing.

During a news conference on Capitol Hill on Tuesday, the Democratic legislators described the bill as one step in a process of passing individual gun control measures instead of a big comprehensive package.

“Guns become doubly and triply deadly in these massacres because of these high-capacity magazines,” said Sen. Richard Blumenthal, a Connecticut Democrat. “And so if we take one simple step in approving this prohibition, we can literally save lives. There is no more simple, straightforward way to save lives from gun violence than to ban these high-capacity magazines.”

On an issue that has consistently failed to advance in Congress and that many Democrats from more moderate or conservative districts don’t want to vote on, the proposal marks a significant development. It comes as Democrats control the House and it follows years of deadly shootings, many of which included guns with high-capacity magazines. Most of the recent legislative proposals related to gun control have focused narrowly on ways to improve background checks for gun purchases, and those have also struggled to advance.

Democrats are hoping that the reaction to mass shootings — especially those reactions from high school students — can translate to pressure on members.

“The reality of a Democratic majority, sending legislation, I believe this week they’re starting on background checks. That creates an impetus and a challenge for the Republican leader in the Senate,” Menendez said at the news conference.

“This issue was a significant issue in the elections and sent a very clear message,” he added.

Thursday marks the one-year anniversary of the Parkland shooting, which killed 17 people.

Before announcing the legislation, Deutch, who represents the district that is home to the Marjory Stoneman Douglas community, pointed to a number of mass shootings, including Las Vegas and Sandy Hook, where “high-capacity magazines make those shooters dramatically more dangerous. You’ve got to take action to address it.”

Jennifer Baker, a spokeswoman for the National Rifle Association, said:

“This legislation would effectively ban the most commonly owned firearms for self-defense. It is an arbitrary limit pulled out of thin air with no evidence that the limits would improve public safety. In fact the after report from the deadliest school shooting in American history states that magazine limits would have had no impact. This is just more nonsense from anti-gun zealots who are looking to score political points by proposing legislation that would make criminals out of law-abiding citizens exercising their constitutional right to self-defense while doing nothing to deter criminals from committing crimes.”

Menendez has collected around two dozen sponsors in the Senate, including a number of 2020 candidates like Amy Klobuchar of Minnesota, Cory Booker of New Jersey, Elizabeth Warren of Massachusetts, Kamala Harris of California and Kirsten Gillibrand of New York. The bill’s supporters say the proposal has 65 members supporting it in the House.

The legislation has little hope in the Senate, where Majority Leader Mitch McConnell controls the floor proceedings, but Menendez said he will look for an “appropriate time” to insist upon a vote on the floor and potentially hold up other legislation.

“I think it’ll be a moment of clarity for the American people to know who stands for reasonable gun safety measures and who’s opposed to them,” he said.

In the proposal, violating the law, which does not apply to police officers or campus law enforcement officers, would carry a fine or imprisonment.

In January, House Democrats introduced a bill requiring background checks on private transactions for gun sales. They introduced a similar bill in November 2017, attracting some Republican cosponsors, but it didn’t receive a vote while Democrats were in the minority.

The House Judiciary Committee held a hearing on gun violence last Wednesday for the first time in eight years. The Gun Violence Prevention Task Force chairman, Rep. Mike Thompson of California, called the hearing a “new day,” noting that Democrats had “implored the previous majority to hold hearings and we were denied,” in a statement posted on Twitter.

Democratic Rep. Dina Titus of Nevada — who is also a sponsor of the bill and represents Las Vegas, the site of the deadliest mass shooting in modern American history — told CNN, “Firearms with high-capacity magazines have no place in our classrooms, concert venues or communities. Enough is enough. Families in Las Vegas know all too well the deadly consequences of inaction.”

Other gun control groups like Everytown for Gun Control, the Brady Center and Giffords also support the bill.

David Chipman, a senior policy adviser for Giffords and a special agent with the Bureau of Alcohol, Tobacco, Firearms and Explosives for 25 years, told CNN over the phone that this legislation won’t prevent all gun deaths but “might prevent some of the mass shootings from becoming as grave as they’ve become.”

Chipman recalled during his years at ATF that he would carry a handgun with 15 rounds of ammunition. He said it’s important to weigh all the responsibilities of what he views as common-sense gun legislation.

“That right should not be so unlimited that people can buy a hundred-round magazine or drum magazines like in Aurora,” referring to the Colorado cinema shooting in 2012 where 12 people were killed and dozens injured by a single gunman.

There have been efforts to ban high-capacity magazines before and recently. In a proposal to reinstate an expired so-called assault-style weapons ban following the 2012 Sandy Hook Elementary School shooting, Democratic Sen. Dianne Feinstein of California included provisions that would have also outlawed ammunition magazines that hold more than 10 rounds. That effort failed to advance in the chamber.

During his State of the Union address last week, President Donald Trump recognized last year’s hate-fueled attack on a Jewish temple in Pittsburgh but failed to mention gun violence. Survivors and family members of students killed in the Parkland shooting attended the President’s speech as guests of lawmakers, though Trump later told a Miami television station he didn’t know the Parkland victims were in attendance.

Fred Guttenberg, who lost his 14-year-old daughter, Jaime, in the Parkland shooting, described himself as deeply frustrated with the President’s speech in an interview with CNN.

“I’m disgusted,” he told CNN in a chaotic scene in the Statuary Hall off of the chamber floor.

Guttenberg described the President’s rhetoric about border security and a migrant caravan as a “fake crisis,” calling the real crisis the tens of thousands of American deaths a year at the hands of guns.

“He didn’t miss it (the opportunity to discuss gun violence). He made a choice. I am disgusted with him for that purposeful choice. Honestly, in my book, right now, he’s useless in this conversation,” Guttenberg told CNN.

With no Republican support of the legislation thus far, it will be an uphill battle for Democrats to get it passed, particularly in the Senate, where 60 votes are required for most legislation to advance, though Deutch is hoping to win over at least a few GOP senators.

At the Capitol Hill news conference Tuesday, Manny Oliver, who lost his son Joaquin in the Parkland shooting, demanded action from legislators as he mourns a year without his son.

“Have you realized how simple this is to approve? We’re just reducing the amount of ammunition on a gun that you can still carry with less ammunition inside. Is that so hard to understand?” he said.

“We’re not asking, we’re not begging,” Oliver said. “We demand.”

This story has been updated with additional developments Tuesday.